Analysis: Freddie Kitchens must convince ownership he can learn from his many mistakes in order to get a second season 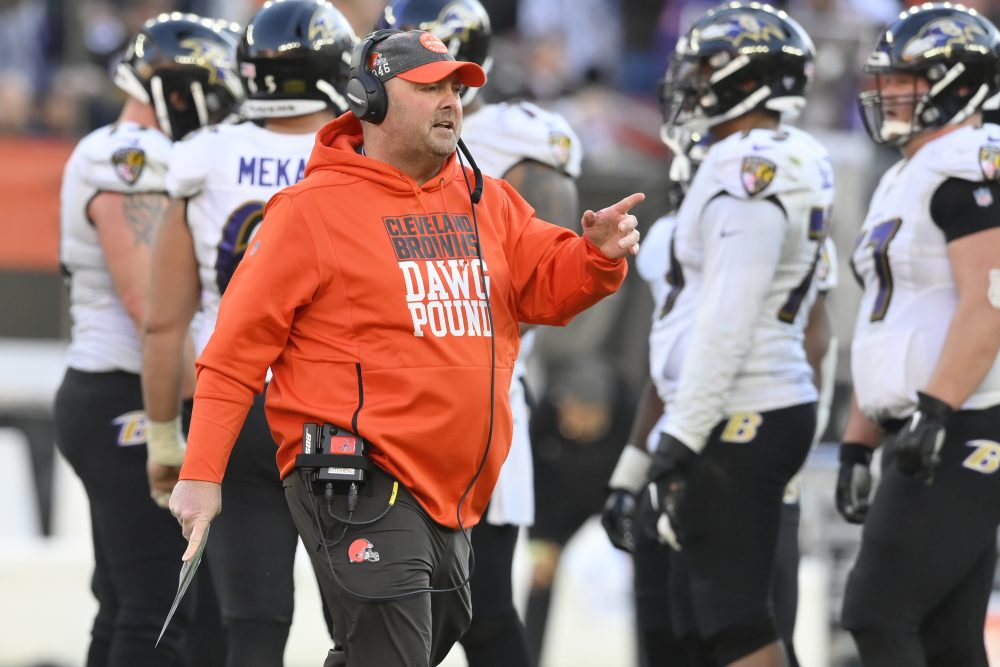 Deciding whether to keep coach Freddie Kitchens is a complicated issue that starts with a simple question.

Can he learn from his mistakes?

I believe owners Dee and Jimmy Haslam don’t want to fire Kitchens after one season. Not only would that be admitting a huge mistake, it would undermine the stability they’ve been trying desperately to create.

And it would trigger another head coaching search with no reason to believe they’d get it right this time after four misses.

But the Haslams, general manager John Dorsey and chief strategy officer Paul DePodesta can’t ignore the multitude of mistakes made by Kitchens in the Browns’ immensely disappointing season. The only way they can justify keeping him is if they’re confident he’ll make tremendous strides in Year 2.

That process begins with Kitchens recognizing his errors, acknowledging his shortcomings and coming up with solutions. He’s shown a stubborn streak — keeping play-calling duties, saying he’d wear the “Pittsburgh started it.” T-shirt again, benching receiver Rashard Higgins and tight end David Njoku — so it will take some convincing to believe he can make the transformation.

“I truly feel like I’m my worst critic,” Kitchens said Monday. “Whether we win or lose, I try to critique myself. I feel like I’ve got people around me that if I ask them a question, they will answer me honestly. A lot of times as the head coach, you can’t get honest feedback and I think that’s been a benefit I have here. I get honest feedback when I ask certain people questions.

“Every time I go through something I learn from it. My learning progress is continuing to go upward. I think when you get in a situation where it goes downward, then you’re in trouble. I feel like every situation I’ve gone into I’ve learned something.”

His other critics would disagree — and would only have to point to the 31-15 loss to the Ravens on Sunday that dropped the Browns to 6-9 and officially knocked them out of playoff contention.

Kitchens butchered the end of the first half with overly aggressive play calls. It was reminiscent of the Week 6 loss to the Seahawks when he was trying to score twice in the final 90 seconds and it led to an end zone interception and a Seahawks touchdown.

That’s not the in-season improvement the Haslams need to see. And there are numerous examples of a lack of progress in key areas.

With Kitchens calling plays, the offense never found consistency and had its eighth game with fewer than 20 points Sunday. That’s hard to fathom for a unit that includes the league’s leading rusher in Nick Chubb (1,453 yards) and two receivers above 900 yards (Jarvis Landry with 1,092 and Odell Beckham Jr. 954).

Confusion has persisted in the offensive operation, something that should’ve been cleaned up early in the year. Clock management has also been a problem and was part of the end-of-half debacle Sunday. At least Kitchens acknowledged regret Monday.

Struggles the first time doing a job are natural, and Kitchens has talked often about the learning curve he’s faced as a first-time head coach. It’s also worth remembering he’d been a coordinator and play caller for only the eight games at the end of 2018, so acute growing pains should’ve been expected.

His supporters — I’m assuming he has a few left — would point to a decline in penalties and turnovers throughout the year as proof he can make adjustments necessary to succeed. Other positives are he’s likable, 3-2 in the AFC North and has wins over the Ravens (13-2), Bills (10-5) and Steelers (8-7).

But is he smart enough and open-minded enough to make the many other changes required to solve all the problems of his first season?

The Haslams and Co. must make that decision, then act accordingly.