Motivated to never miss a game, Baker Mayfield set to become 1st Browns QB to start all 16 since Tim Couch in 2001 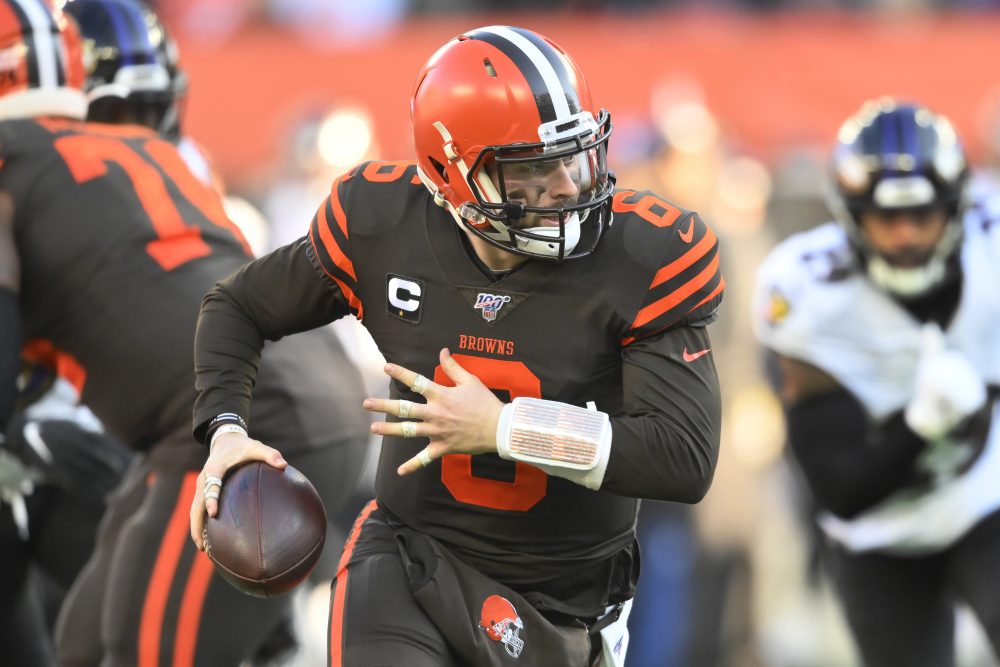 bBEREA — Quarterbacks across the NFL do it every year.

Just not in Cleveland.

Baker Mayfield is poised to become the first Browns quarterback since Tim Couch in 2001 to start all 16 games. Mayfield started the final 13 games as a rookie last year after beginning the season as Tyrod Taylor’s backup.


“I am never one to shy away from competition,” Mayfield said Thursday. “I play this game because I love it. I truly do enjoy the process. It is not always fun, but getting to go out there and compete on Sundays to try and have success is the fun part about it. Any chance I get to go out there for a game, I am going to do it.”

Mayfield hasn’t been close to missing a game this season but fought through a bruised right hand and sore ribs suffered in the rematch against the Steelers on Dec. 1. He also sustained a painful hip bruise against Seattle on Oct. 13 that kept him out of practice over the bye week that followed.

The finale is Sunday in Cincinnati and Mayfield hasn’t been on the injury report the last three weeks.

“There are a lot of things endured throughout the year with bumps and bruises,” he said. “Thankfully, knock on wood, I have not had anything too serious. It is just the process and nature of this game. It is a violent, physical game, and you have to be a professional and do the things right throughout the week to get ready to play on Sundays.”

Mayfield has been criticized for being thicker around the middle during his second season. He said before the season he added muscle to help him absorb the hits.

“I think I have done a good job throughout the season diet-wise,” said Mayfield, who’s been sacked 34 times. “I hired a chef and done the things right to make sure it is good weight.

“I don’t think necessarily just putting on mass is the best thing for me. I still have to be able to move around a little bit. Protecting myself was definitely one of those things I wanted to do, so it has helped.”

The revolving door at quarterback has been well-chronicled, and the lack of a full-season starter drives home the point.

Derek Anderson in 2007, Brandon Weeden in 2012 and DeShone Kizer in 2017 started 15 games apiece and fell short for different reasons. Anderson started the season as the backup before Charlie Frye was benched during the opener, Weeden injured a shoulder in Week 16 and Kizer was benched for a midseason game by coach Hue Jackson.

The 2001 stat surprised the newcomers to the organization.

“It is remarkable,” coach Freddie Kitchens said. “It says a lot about the resolve and resiliency of Baker.

“I think your quarterback needs to be the most tough mentally and physically person on your team. I think Baker is mentally and physically tough. There are some games you get knocked around pretty good and you have to be ready to get back out on the practice field, practice, get better and do away with all the other stuff and just focus on getting better. He has done a good job of that.”

Mayfield is “wired” to be tough, according to coordinator Todd Monken.

“He loves to play football, and I don’t think he could ever see himself not playing on Sundays,” he said. “I mean, you’d have to drag him off the field. The doctors would have to say, ‘X, Y and Z could happen if you play.’ Otherwise, he’s going to want to play.

“If there was something at stake and he could compete at it, he’s going to want to be out there and get after it.”