Freddie Kitchens holding out hope he survives 6-10 season: I’m going to show up tomorrow and do my job 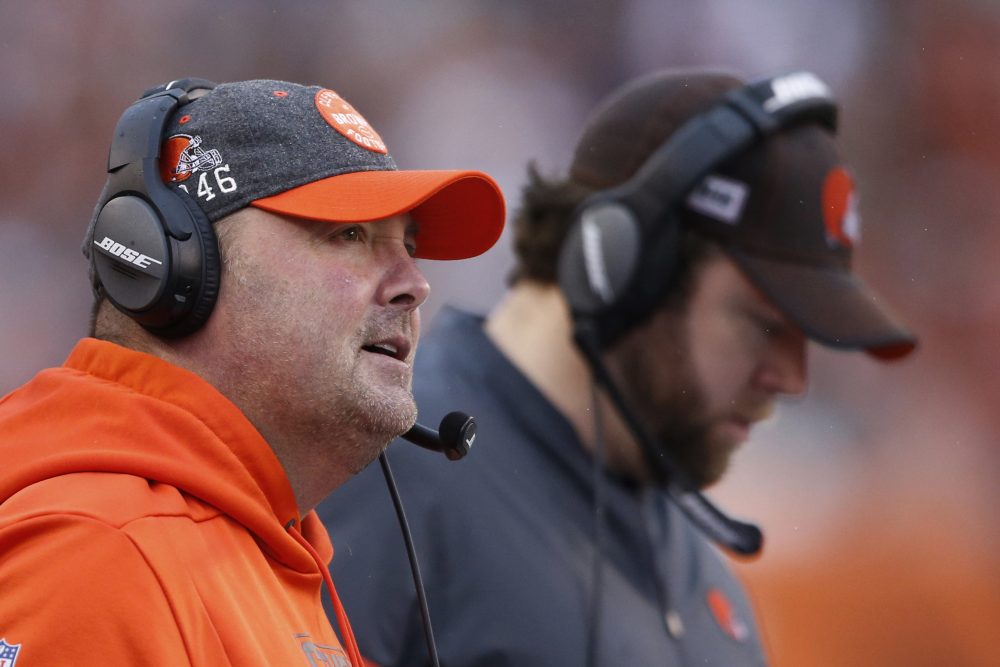 CINCINNATI — Coach Freddie Kitchens hugged his players on the sideline, embraced Bengals first-year coach Zac Taylor at midfield and then held out hope.

The Browns lost 33-23 to the Bengals (2-14) on Sunday at Paul Brown Stadium, giving them three straight losses to end the season. The Browns finished 6-10 after opening the year with playoff expectations.

The organization hadn’t announced if Kitchens was going to return for a second season or be fired, but his job security was tenuous at best.

He didn’t want to hear it.

“I haven’t been told anything different — they expect me to do my job and I’m going to show up tomorrow and do my job,” Kitchens said in the minutes following the loss.

The Browns had been eliminated from the playoff chase the previous week with a loss to the Ravens, but the finale vs. the Bengals was a chance to avoid double-digit losses and finish with back-to-back seasons of at least seven wins for the first time since 2002. It was also considered by some a chance for Kitchens to make a final on-field argument to keep the job he was hired to do Jan. 12.

He said the effort was good, but the defense couldn’t stop running back Joe Mixon (162 yards, 6.2 a carry, two touchdowns) and Baker Mayfield threw three interceptions to go with three long touchdowns.

“Our guys played their ass off. They kept fighting,” Kitchens said.

But it was another loss, and the mistakes from the previous 15 games showed up again.

Kitchens’ play calling was questionable, confusion caused two timeouts to be taken on offense and one on defense and Mayfield was inconsistent. The defense also gave up a 3-yard rushing touchdown with 10 men on the field.

Kitchens looked overmatched at times throughout the season, and the talented roster underachieved. A loss to the worst team in the league could be too much for owners Dee and Jimmy Haslam to accept, despite their desire for stability and continuity.

They’ve already fired four coaches since taking over in 2012.

“I just do my job,” Kitchens said. “Sometimes it was good enough, sometimes it wasn’t but I’ll learn from my mistakes and that’s the only thing, and I feel like they know that.

“There were a lot of firsts. I’m not making any excuses at all, but I think I learned during the course of the year so I can be a better version of myself moving forward. That’s the only you can do. When something arises, you make the best decision that you can and then learn from your mistakes.”

He objected to the notion if he returned he’d be given a second chance.

“You say second chance, but it’s still the same chance. I don’t know that anybody thought I’m a finished product,” he said. “So I’m not lobbying for it, they know I want the job, I took the job last year.

Kitchens endeared himself to fans when he got the job and said people shouldn’t be excited for 7-8-1. So the letdown of this season was immense.

“I think you guys know my thoughts on 6-10. It’s not even remotely good enough,” he said. “We’re not running an operation here to try to be 6-10. We’re trying to win every time we go out. We didn’t get that done this year. But moving forward, we’ve got to do a much job coaching, playing, making plays and when we’re back in those situations, perform better.”