Mailbag: Who are potential coaching candidates? How would team respond to disciplinarian? Can Browns keep Nick Chubb and Kareem Hunt? 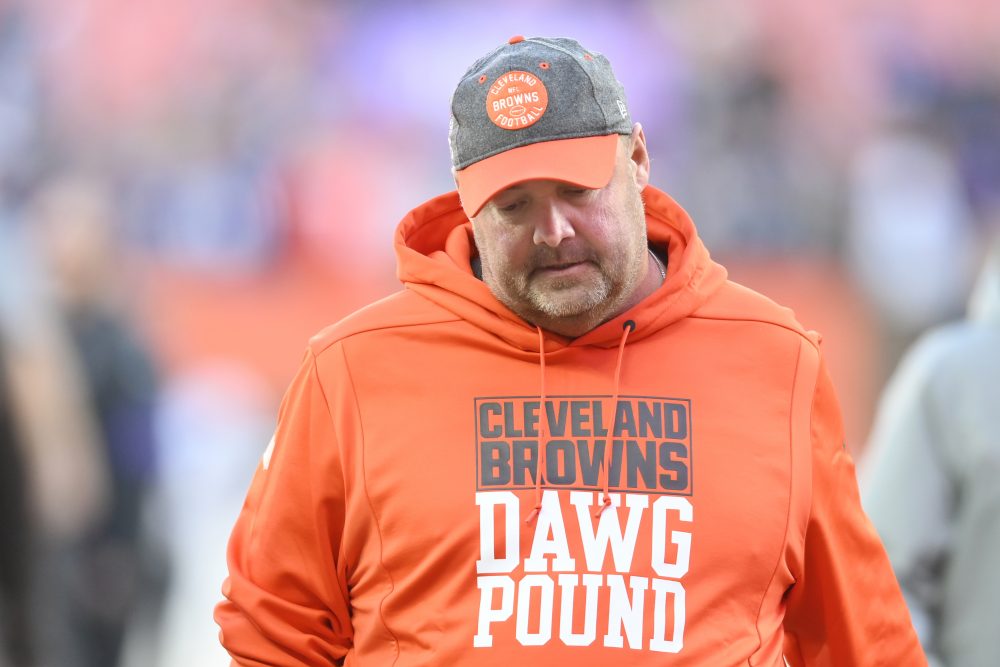 Q: I keep hearing Ron Rivera and Mike McCarthy mentioned as potential candidates should the Browns decide to part ways with Freddie Kitchens. I assume they will both have a lot of interest from other teams once the coaching carousel opens up after the season. Since everyone seems to agree that we need an experienced no-nonsense head coach, who else do you see as potential candidates?

A: I agree with all those who believe the Browns would be best served by hiring someone with previous winning experience as a head coach. That isn’t a huge group, but also includes Jim Caldwell, who coached the Colts and Lions. He went 28-24 with the Colts, including 2-2 in the playoffs and a Super Bowl loss after the 2009 season. He was 36-30 with the Lions, including 0-2 in the playoffs. His last year as coach was in 2017.

Coach Marvin Lewis had moderate success inside the AFC North with the Bengals (131-129-3, including 0-7 in the playoffs) and would bring an interesting dynamic. The Browns fired good friend Hue Jackson and didn’t bring back this year many of the assistant coaches Lewis might be interested in hiring.

Patriots offensive coordinator Josh McDaniels is another former head coach. He was ousted by the Broncos after less than two seasons and an 11-17 record, but that was nine years ago. He’s a smart guy with Northeast Ohio roots.

My preference is, in order: Rivera, McCarthy, Caldwell.

Q: Who would be your choice for head coach if a change is made?

A: Ron Rivera would be my No. 1. After him, I’d strongly consider Mike McCarthy, Jim Caldwell, Saints assistant Dan Campbell and Baylor coach Matt Rhule.

Q: As we go through the all-too familiar coaching search, a couple of questions:

1) Bruce Arians said the only job he would come out of retirement for was the Browns but there he sits in Tampa. Seems like he was never a consideration in Cleveland? Why? Ideal scenario for me was hire Bruce; keep Freddie Kitchens as OC; and let him learn for a few years under his mentor.

2) Was Freddie a gamble worth taking? If he failed did they have their sights set on Mike McCarthy all along?

A: I don’t have a good answer for why general manager John Dorsey didn’t consider Arians a year ago. They hadn’t worked together before and Arians has a strong personality, so Dorsey might’ve felt it wasn’t a fit. Arians is also 67 years old and Dorsey went much younger. Another point that is often overlooked is that the Arians-Kitchens relationship took a hit when Kitchens demoted him from quarterbacks coach with the Cardinals. I don’t think Kitchens wanted to work for Arians again.

As for the Kitchens gamble, it only pays off if they hire McCarthy and he’s a success. But I don’t believe McCarthy in 2020 was part of the master plan a year ago. For some reason he didn’t receive serious consideration last year, and that was Dorsey’s decision. Perhaps something’s changed in the past year, but McCarthy feels like a long shot.

Q: This team lacks discipline. Are you concerned that this roster won’t respond well to a tough football coach if Freddie Kitchens is let go?

A: I think some players could have an adverse reaction to a strict disciplinarian, but that’s the case with any team making such a change. I think more players would welcome the change from Kitchens given everything that includes — more experience, better play calling, etc.

I appreciate your question and it would be worth monitoring the reaction of the locker room to a major switch in coaching personalities. But I feel if it’s the right coach, the vast majority of players fall in line, and that would include receiver Odell Beckham Jr.

Q: Can we realistically keep Nick Chubb and Kareem Hunt? Love Nick, but I’ve been really impressed with Kareem and his ability to lower the boom. Great problem to have, but at what point do we get out in front of this situation and move one for a top O-lineman?

A: Hunt’s unique circumstances give the Browns the chance to keep them both for at least a couple of more years, and I think they will. He’s from Northeast Ohio, wants to play at home and has a damaged reputation following an eight-game suspension for two off-field altercations, including kicking and shoving a woman.

Hunt’s scheduled to be a restricted free agent this offseason, but I fully expect the Browns to keep him, either on a one-year tender or with a long-term deal.

Hunt is a much better receiver than Chubb, but Chubb is the NFL’s leading rusher and the ultimate team guy. I believe he’s too valuable to let go, and I’d pick him over Hunt because he’s more reliable.

But I don’t think the team will have to make a choice anytime soon.

Mailbag: Will Freddie Kitchens finally commit to run game vs. Ravens? Will Haslams have courage to fire Kitchens after 1 year? Is Mike McCarthy the next coach?
Mailbag: Where’s the excitement for the new regime? How will the new guys get up to speed with the roster evaluation? What’s the trust level in the new regime?