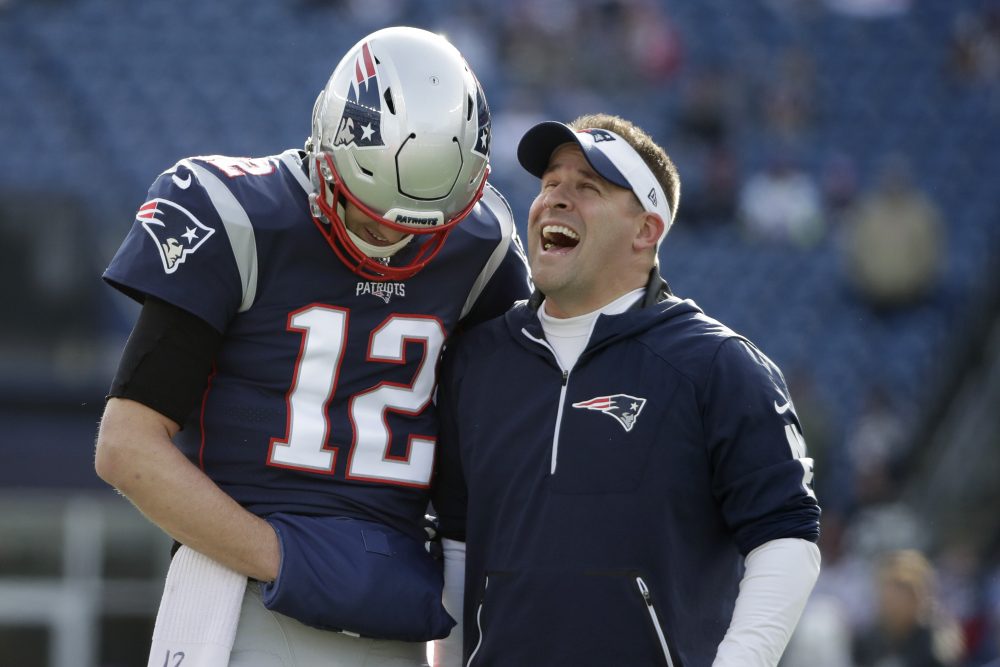 BEREA — The Browns coaching search is a day old but it’s already a lot different than the one a year ago.

None of the four was interviewed by the Browns last year.


The Browns didn’t interview McCarthy last year but had one scheduled and are expected to pursue another this year. Stefanski was a finalist for the job last year, and an interview request was submitted Monday.

The Browns are looking to replace Freddie Kitchens, who was fired Sunday night after going 6-10 in his only season.

McDaniels, 43, is an interesting candidate. He was born and raised in Northeast Ohio, and his dad, Thom, is a high school coaching legend.

The Panthers and Giants have also requested permission to interview McDaniels, per an ESPN report.

The Browns have hired four coaches since owners Dee and Jimmy Haslam bought the team in 2012, and McDaniels’ name has come up repeatedly during the searches. He reportedly is interested in coaching the Browns, and may be ready to leave New England, where he’s spent the vast majority of his career.

NFL Network reported McDaniels wanted to talk to the Browns last year but wasn’t contacted. That the Browns have already sought him out this time around could signify a change in who’s running the search.

General manager John Dorsey was in charge last year. Owners Dee and Jimmy Haslam may be directing the operation this time, with chief strategy officer Paul DePodesta having more power.

ESPN reported the new coach is expected to have input on whether Dorsey stays, and he’s scheduled to talk to reporters Tuesday.

Permission for a head coach interview must be granted by the assistant coach’s team.

The Patriots host the Titans on Saturday night in the first round of the playoffs, so an interview with McDaniels would happen next week.

The Ravens are the top seed in the AFC playoffs and have a first-round bye. The 49ers are in the same spot in the NFC.

So the interviews with Roman and Saleh must be concluded by Sunday.

McDaniels has experience as a head coach, leading the Broncos in 2009 and ’10. But he went 11-17 and didn’t make it through the second season.

He had agreed to coach the Colts in the 2018 offseason but backed out late and stayed in New England, where he’s been coordinator for 11 of the last 14 years. He’s worked under Bill Belichick and with quarterback Tom Brady, arguably the greatest coach and player in NFL history. New England ranks 15th in yardage (354) and seventh in scoring (26.2 points) this year.

McDaniels was a fan of quarterback Baker Mayfield before the 2018 draft.

“I’m 100 percent fully invested in getting ready for Tennessee and trying to put our best performance of the season out there on Saturday night,” McDaniels told reporters Monday when asked about the Browns’ interest.

Daboll, 44, was Cleveland’s coordinator in 2009-10 under coach Eric Mangini. Since Mangini was fired, Daboll served as coordinator with the Dolphins, Chiefs and the University of Alabama. He’s held the position with the Bills the last two years, and they rank 24th in yardage (330.2) and 23rd in points (19.6).

They play Saturday at Houston in the first round of the playoffs, so the interview wouldn’t take place until next week.

Roman, 47, has been a coordinator with the 49ers, Bills and Ravens. He’s had great success with second-year Baltimore quarterback Lamar Jackson, who’s expected to be the MVP, and previously with Colin Kaepernick in San Francisco.

Roman has been an NFL assistant since 1995 but never a head coach.

Saleh, 40, is in his 15th year in the NFL. He became a coordinator for the first time with San Francisco in 2017 under coach Kyle Shanahan. He’s believed to be the league’s first Arab American coordinator.

Stefanski’s in his first year as a coordinator, and the Vikings rank 16th in yards (353.5) and eighth in points (25.4). He was quarterbacks coach the previous two years.

McDaniels has been part of all six Patriots Super Bowl teams, but McCarthy is the only one of the candidates to win a ring as a head coach.

With Aaron Rodgers at quarterback, McCarthy and the Packers won the Super Bowl after the 2010 season. He led Green Bay to the playoffs in nine of 13 seasons but never returned to the Super Bowl. He was fired after 12 games in 2018.

McCarthy, Dorsey, assistant GM Eliot Wolf and vice president of player personnel Alonzo Highsmith worked together with the Packers, so a reunion would seem to make sense.

As search gets off to fast start, players want leadership in next coach, someone who can get most out of talented roster
Report: Baylor coach Matt Rhule declines interview with Browns