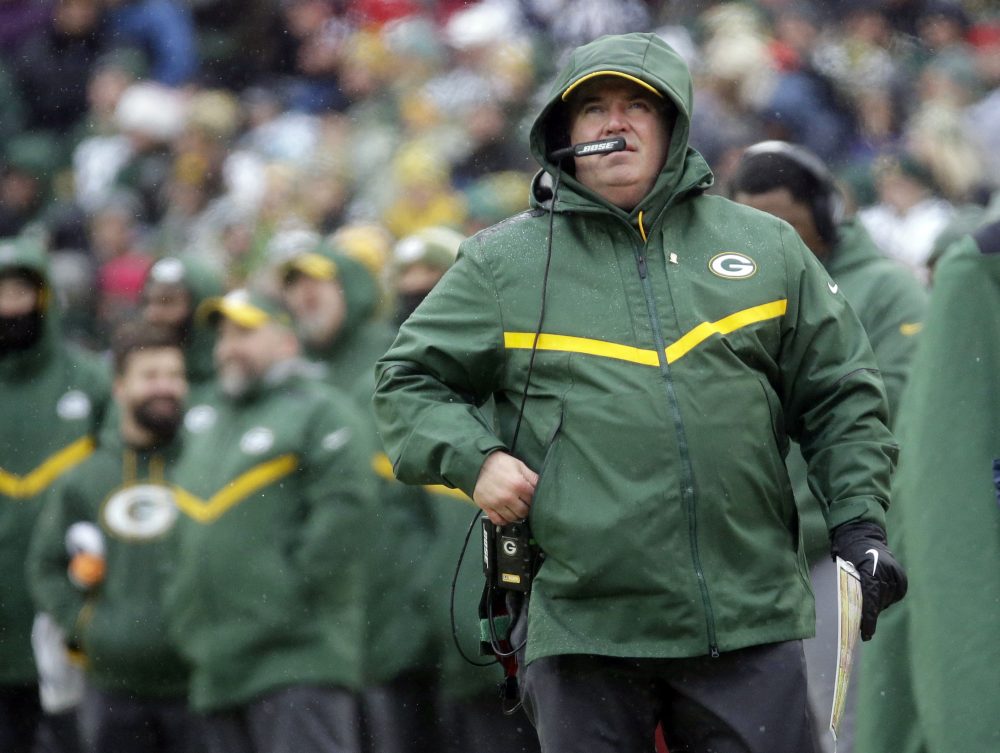 The coaching interviews will begin with a bang.

Former Packers coach Mike McCarthy, who won a Super Bowl after the 2010 season, is scheduled to officially kick off the Browns’ search Thursday, a league source confirmed to The Chronicle-Telegram on Tuesday.

The Browns have requested interviews with seven coaches since Freddie Kitchens was fired Sunday after going 6-10, and McCarthy is the only one to win a Super Bowl as head coach.

Chiefs offensive coordinator Eric Bieniemy was also added to the list Tuesday, but a date for the interview hadn’t been scheduled. The Chiefs have a bye in the playoffs, so the interview must take place by Sunday.

McCarthy, 56, led Green Bay to the playoffs in nine of 13 seasons and was fired after 12 games in 2018. He spent the year off studying film, developing his offensive system and preparing for a return.

He’s already interviewed with the Panthers and is expected to meet with the Giants, according to reports.

Dorsey mutually parted ways with the Browns on Tuesday when he wouldn’t accept a reduced role, and the futures of Wolf and Highsmith will be tied to the next coach/GM pairing.

Dorsey was in charge of the search last year, so his removal could clear a path for McCarthy, who went 125-77-2 in the regular season with the Packers and 10-8 in the playoffs.

After the Kitchens disaster and the Browns’ recent failures hiring first-time coaches — Pat Shurmur, Rob Chudzinski, Mike Pettine, Kitchens — experience could be a priority for owners Dee and Jimmy Haslam.

“I think it could help. I do,” receiver Jarvis Landry said Monday.

“I felt like he was a players coach and you enjoy playing for him.”

Bieniemy has made the cut after not being interviewed a year ago.

Bieniemy worked with Dorsey for four seasons in Kansas City, and Dorsey has praised his ability to relate to and inspire players. So it was a surprise when Bieniemy wasn’t among the seven known candidates to interview last year before Kitchens was hired.

Bieniemy, 50, is in his second season as coordinator for the high-powered Chiefs offense after five years as running backs coach, but coach Andy Reid calls the plays. The Chiefs are sixth in the league in yardage (379.2 a game) and fifth in scoring (28.2 points).

Bieniemy was a running back for nine years in the NFL, rushing for 1,589 yards and 11 touchdowns.

He’s been a coach for 19 years in college and the NFL, including 12 in the NFL and the last seven with the Chiefs. He was also coordinator at the University of Colorado in 2011-12.

“I’d say hire him, like right now,” Reid said in early December. “That’s what I’d tell you. I don’t want to lose him, but if you’re asking me if he’s ready to be a head coach? Yeah, he’s ready. He was ready last year.

“Nobody is in more control than what he is within this game. He is a leader of men. He knows football, but he knows the offense like the back of his hand. He is in the quarterback room every day. I think if you talked to Patrick (Mahomes), I think Patrick would tell you how much of an influence he has had on him.”

Mahomes was the NFL MVP in 2018 after throwing for 50 touchdowns in his first year as a starter.

The Giants and Panthers also requested interviews with Bieniemy, per reports.

Rhule, who will coach Baylor against Georgia in the Sugar Bowl on Wednesday, is expected to be a leading candidate for the openings with the Giants and Panthers, per ESPN. He continues to be strongly linked to the Giants, where he was an assistant in 2012.

Highsmith could land on his feet with the University of Miami, his alma mater.

The Miami Herald reported Highsmith is being considered among others to be the school’s chief of staff. He told the Herald his focus was on his job with the Browns, but that was before Dorsey left. Dorsey hired him away from the Packers.

The Browns do plan to interview Saleh this weekend. The interview must be concluded by Sunday with the 49ers (13-3) the top seed in the NFC and on a bye.

Browns defensive coordinator Steve Wilks coached under Ron Rivera for six years with the Panthers, including 2017 as coordinator, but won’t rejoin him in Washington, ESPN reported. Washington will hire Rivera as head coach, NFL Network reported.

The Browns didn’t fire the assistant coaches after getting rid of Kitchens, but they are free to seek jobs elsewhere.