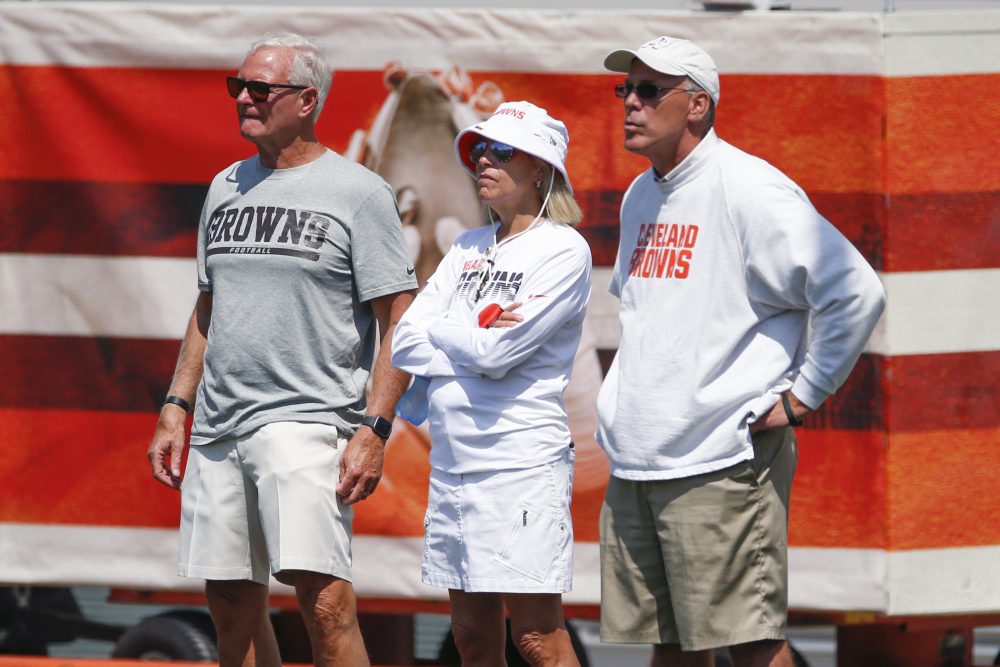 Owners Dee and Jimmy Haslam are front and center once again.

As they embark on the fifth coaching search in their eight years, they will be at the controls, directing the search and making the hire, a league source told The Chronicle-Telegram.

The ownership group includes executive vice president JW Johnson, the Haslams’ son-in-law who’s taken on a larger and more visible role at the top of the organization over the last couple of years.

Chief strategy officer Paul DePodesta is the point man on the search, sorting through candidates and setting up interviews. Former Packers coach Mike McCarthy will be first, with the interview scheduled for Thursday, according to a source.

DePodesta, who spent 20 years working in Major League Baseball front offices, has been with the organization for four years — longer than every other major hire during the Haslams’ tenure — his opinion is valued and he’ll likely assume more power with general manager John Dorsey out of the picture. But he won’t take on an increased role in the football department.

The Haslams took a step back last year, letting Dorsey lead the coaching search that landed Freddie Kitchens. The Haslams obviously approved the hire but didn’t even join Dorsey and his choice on the podium when Kitchens was introduced Jan. 14, instead choosing to sit in the front row.

But Kitchens’ tenure was a debacle, the Browns went 6-10 and he was fired Sunday after the season-ending 33-23 loss to the Bengals. Dorsey took much of the blame, the Haslams asked him to take a reduced role, he refused and they parted ways Tuesday after two years.

The firing of Kitchens was anticipated and accepted by fans. The Dorsey departure didn’t go over as well.

He rebuilt the roster from one that went 0-16 to one many people expected to make the playoffs in 2019. He was the most experienced football person in the building after playing five years in the NFL and working in front offices for 28.

The Haslams will have no one to blame but themselves this time.

Cleveland.com reported McCarthy could be paired with assistant general manager Eliot Wolf. They spent 12 years together in Green Bay before Wolf joined Dorsey with the Browns.

The Haslams and DePodesta are fans of Eagles vice president of football operations Andrew Berry, who was Browns vice president of player personnel from 2016-18. Berry could be paired with Vikings offensive coordinator Kevin Stefanski.

Stefanski was a finalist in the coaching search last year, losing out to Kitchens. DePodesta reportedly favored Stefanski, who’s in his first year as coordinator after two years as quarterbacks coach.

DePodesta, along with former head of football operations Sashi Brown, also reportedly wanted then-Panthers defensive coordinator Sean McDermott during the 2016 search, but the Haslams chose Hue Jackson, who went 3-36-1 and was fired midway through the 2018 season.

McDermott was hired as Bills coach the following year and has gone 25-24 with two playoff appearances in three years.

There are fewer openings across the league than in recent years, so the Browns have less competition. Washington hired Ron Rivera on Tuesday, the Giants and Panthers are looking and the Cowboys are expected to move on from Jason Garrett.

McCarthy has interviewed twice with the Panthers and is scheduled to meet with the Giants on Friday.