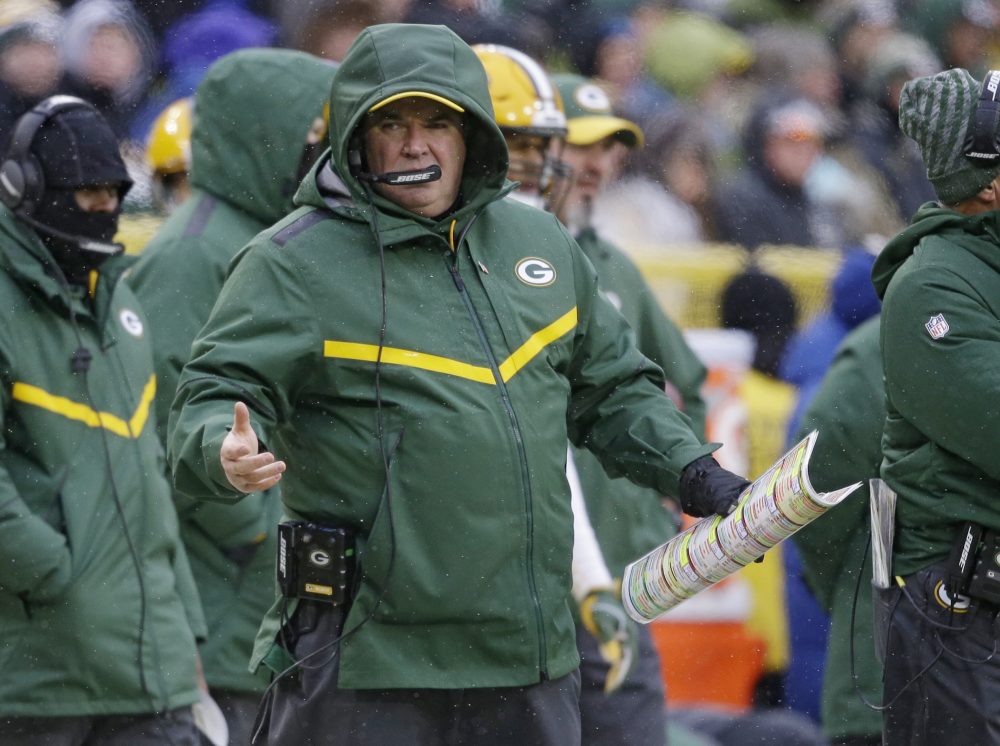 BEREA — Mike McCarthy brought his impressive resume to town Thursday for the first interview of the Browns’ coaching search.

“Obviously he’s got great experience, he’s won 62 percent of his games and that speaks for himself. So we’ve really enjoyed our time with him,” owner Jimmy Haslam said in a news conference during a break from the interview.

Next up was Ravens offensive coordinator Greg Roman on Thursday night in Baltimore.

He was fired with four games left in the 2018 season and spent this season studying the league, updating his offensive system and preparing for a return to the league.

He interviewed twice with the Panthers and was scheduled to meet with the Giants on Friday.

Saleh’s interview must happen by Sunday because the 49ers have a bye in the playoffs this week. Cleveland.com reported Daboll’s will be Sunday following Buffalo’s playoff game Saturday against the Texans. NFL Network reported McDaniels plans to do interviews Jan. 10, but that could change if the Patriots lose to the Titans on Saturday.

Coach Freddie Kitchens was fired Sunday after going 6-10 in his only season. General manager John Dorsey left the organization Tuesday when he refused to take a reduced role after two years on the job.

Roman, 47, entered the league as an assistant in 1995. He’s been an offensive coordinator for a combined seven seasons with the 49ers, Bills and Ravens.

Baltimore went 14-2 this season in Roman’s first year as coordinator and is the No. 1 seed in the AFC playoffs. Second-year quarterback Lamar Jackson is the overwhelming favorite to be the NFL MVP, and the Ravens ranked first in the league in scoring (33.2 points) and second in yards (407.6 per game).

They’re the first team in league history to average more than 200 yards passing and 200 yards rushing, and the 3,296 rushing yards broke a 41-year-old NFL record.

The 49ers went to three straight NFC championship games with Roman and lost a Super Bowl. He grew up in Atlantic City, N.J., and was a two-year starting defensive lineman for John Carroll University.

Haslam said the No. 1 trait needed in a coach is leadership and was asked how to determine if a coordinator can make the transition to head coach in that department.

“That’s a good question because you have a lot of really good coordinators who struggle to make the jump to be the head coach/CEO,” he said. “When we talk to the really good coordinators, the questions we ask them will be centered on overall leadership, being the CEO of the organization, have him not just be a glorified head coach who is really a coordinator. Those are the kinds of questions we’ll really zero in on.”

Meyer, 55, stepped down at Ohio State after the 2018 season citing health issues. He has a 187-32 record, including two national titles at Florida and one at Ohio State.

He’s never worked in the NFL but is intrigued by the idea. He’s expected to be a candidate for the Cowboys job if coach Jason Garrett doesn’t return.

What about a report by Bruce Feldman of Fox Sports earlier Thursday that the Browns had strong interest in Meyer, who’s an analyst for Fox Sports?

“I think it’s pretty clear what I said,” Haslam said.

The Browns plan to hire a head coach first, then give him significant input on the GM. Cleveland.com reported McCarthy could be paired with Browns assistant GM Eliot Wolf, but Haslam shot down the possibility.

“Eliot will remain in his role,” he said. “He’s here in the building today. We’ve interfaced with him several times. He’s talked with Coach McCarthy this morning.

“We will go outside the organization to find our next GM.”

ESPN reported Jon-Eric Sullivan, co-director of player personnel for the Packers, could be McCarthy’s choice.

Ownership retakes control of coaching search this year, with chief strategy officer Paul DePodesta serving as point man
Owner Jimmy Haslam “more determined than ever” to get hires right this time but says “there’s no guarantee”