Analysis: With the Haslams’ track record, the Browns’ best chance for success in latest reboot is to get lucky 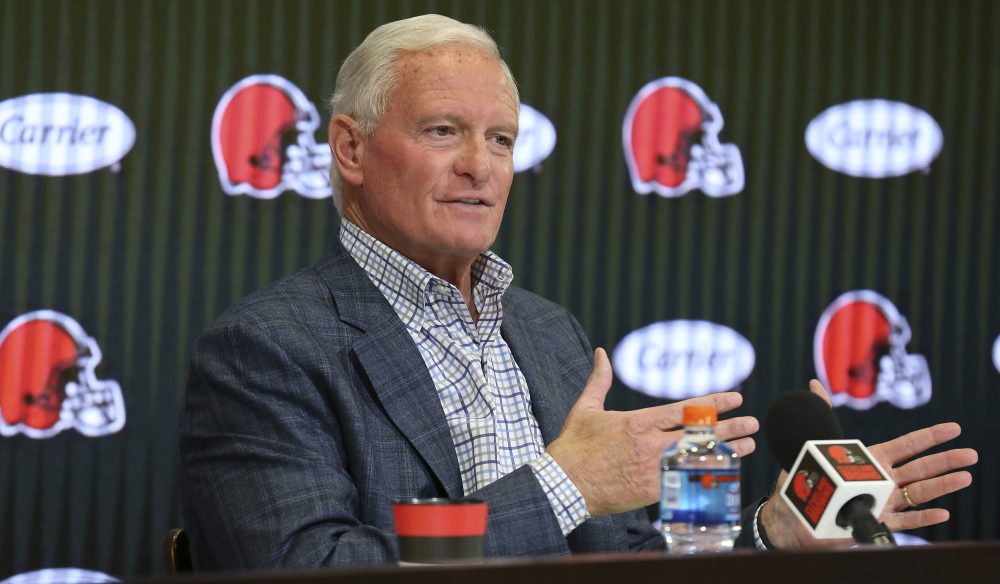 Jimmy Haslam’s latest mea culpa did nothing to inspire confidence among his discouraged and disgusted fan base.

As the tormented Browns owner spoke to reporters Thursday, it would’ve been natural for him to have the same thought as the customers he continually compliments only to disappoint: Maybe he’ll get lucky this time.

If history is any indication, that’s the only chance for success.

They’ve tried the coach reporting to the general manager. They’ve gone with the coach and general manager as equals, responsible directly and separately to ownership. They’ve run the organization based on analytics. They’ve used a more traditional approach.

They’ve gone through the cycle at least twice.

With that background, no wonder fans have to hope for fate to intervene. There’s no evidence the Haslams will get it right on their own.

Haslam repeated the familiar refrain of offseasons past Thursday: He regrets the constant turnover within the organization, takes responsibility and remains determined to find the right people.

He realizes his tenure has reached the level of absurdity, and couldn’t bring himself to make more empty promises.

Haslam wouldn’t guarantee the searches will be successful, wouldn’t say he’s “overconfident” in the refined search process and wouldn’t commit to sticking with the next hires if they struggle in their first years.

That’s refreshing on one level. At the same time, it’s devastating to the fans who’ve devoted so much of their lives and money to following and loving their favorite team, only to be rewarded with heartbreak.

“We have the best fans, I believe, in the world,” Haslam said. “We want this to be the kind of environment, kind of team with continuity that this organization, our players, this city and Northeast Ohio deserve.”

Haslam “more determined than ever” to get hires right this time

His hope for the latest organizational reboot — blowup and stab in the dark also work — is founded in a streamlined search, a new/old organizational structure and an emphasis on “alignment” within the building.

His intelligence and experience could reduce the reliance on luck — if the Haslams are smart enough to know when to listen to him.

McCarthy would also lessen the luck factor. He’s won a Super Bowl and would arrive with the past, presence and plan to instantly bring credibility and confidence.

The organizational structure is coach, general manager and DePodesta all reporting to ownership. The coach will be hired first then be “heavily involved” in picking a GM.

While the same flow chart led to dissension and disintegration between GM Ray Farmer and coach Mike Pettine, then head of football operations Sashi Brown and coach Hue Jackson, it can work. The 49ers, Seahawks and Chiefs are among the playoff teams with the same setup, and Haslam seemed genuinely committed to making sure the top people in the organization remain on the same page.

And he’s shown time and again he can’t be trusted to be the steadying force at the top. Instead of quashing the conflict, he listens to everyone throughout the organization, encouraging, perhaps unwittingly, infighting and backstabbing that lead to the power struggles that end with firings and news conferences and more searches.

In the Haslams’ time in Cleveland, the results are predictable: awful hires, unprecedented losing, continued upheaval. Rinse and repeat.

Perhaps the most alarming part of Haslam’s news conference was when he was asked about sticking with the next hires even if they struggle early. At least he didn’t give the easy answer.

“Every situation is different. There has to be progress made, both on the field and behind the scenes off the field,” he said.

The self-awareness is welcome but troubling, especially on the heels of what happened with Dorsey.

The Haslams needed to fire coach Freddie Kitchens. They didn’t need to oust Dorsey by asking him to take a reduced role.

Dorsey deserves blame for pushing Kitchens for coach, then failing to help him survive what was always going to be a dangerous first season. And communication and leadership may be issues for Dorsey, as was the story when he was fired by the Chiefs.

But he should get massive credit for rebuilding a repugnant roster into one talented enough to reach the playoffs, even if it fell short under Kitchens’ watch. Talent evaluation and acquisition is the first step toward success, and there’s no argument Dorsey excels in that department.

His greatest mistake was leaving the door open for the Haslams to remove him. That’s what they do.

Luck can only help so much.

Commentary: Jimmy Haslam takes his circus and lights it on fire with ouster of GM John Dorsey
Analysis: Should Browns follow trend and pick someone who’s been a head coach before?