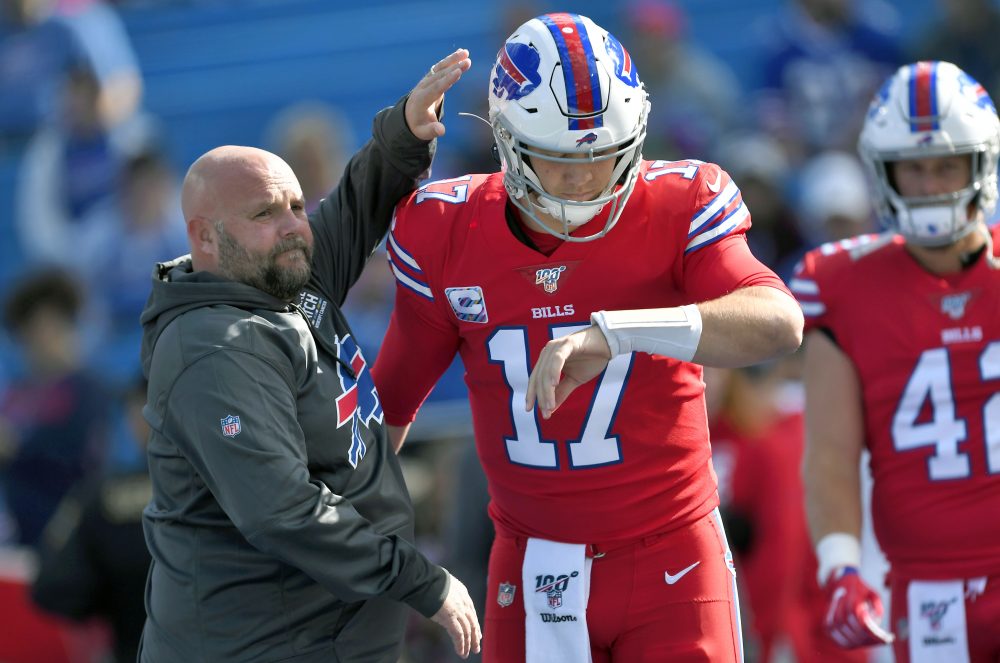 Brian Daboll has come a long way since he worked for the Browns.

He’s won two more Super Bowls with the Patriots, a national championship with the University of Alabama and tutored up-and-coming quarterback Josh Allen with the Bills.

Daboll, who just completed his second season as offensive coordinator for the Bills, interviewed for the Browns’ head coaching job Monday in Berea.

Daboll’s visit happened on the day the most accomplished candidate was crossed off Cleveland’s list. Former Packers coach Mike McCarthy, who interviewed in Berea on Thursday, was hired by the Dallas Cowboys.

A new name was added to the list of candidates Monday night, as the Browns requested permission to interview Eagles defensive coordinator Jim Schwartz, a league source confirmed to The Chronicle-Telegram. NFL Network was first to report the news.

With McCarthy out of the picture, Schwartz joins McDaniels as the only candidates who’ve been head coaches.

He’s also been a coordinator for 13 years, including the last four with the Eagles, who won the Super Bowl after the 2017 season. Schwartz’s first NFL job was with the Browns from 1993-95 as a personnel scout.

Daboll, 44, was a first-time coordinator when Browns coach Eric Mangini hired him in 2009. Daboll spent two years with the Browns before Mangini and his staff were fired.

The Browns ranked 32nd and 29th in yardage and 29th and 31st in points under Daboll. The rushing offense was eighth in 2009 while the passing attack ranked 32nd.

Mangini instituted a roster makeover when he arrived, and Daboll was left with a rotation of Brady Quinn, Derek Anderson, Jake Delhomme, Seneca Wallace and rookie Colt McCoy as his quarterbacks. Mohamed Massaquoi was his best receiver.

Daboll’s added a ton of experience since leaving the Browns.

He was coordinator for the Dolphins in 2011 and for the Chiefs in 2012 before returning to the Patriots as an assistant under coach Bill Belichick. He started his NFL career in 2000 as a defensive assistant with the Patriots and won three Super Bowls in his first stint in New England.

Daboll went back to college in 2017 with Alabama, reuniting with Nick Saban, who hired Daboll as a graduate assistant at Michigan State in 1998.

Daboll won a national title in his only year with the Crimson Tide, making one of the most famous play calls in recent college football history. Facing second-and-26 from the 41-yard line in overtime down three points to Georgia, quarterback Tua Tagovailoa threw a go ball down the left sideline for the winning touchdown.

Daboll then returned “home” to the Bills. He was born in Welland, Ontario, and played safety at the University of Rochester.

The Bills drafted Allen with the No. 7 pick in 2018, and he made a huge jump in his second season, as the Bills won 10 games for the first time since 1999. They lost in overtime to the Texans on Saturday in the first round of the playoffs.

Allen threw for 3,089 yards, 20 touchdowns and nine interceptions this year. He rushed for 510 yards and a league-best nine touchdowns as part of a Bills rushing attack that ranked eighth in the league.

The first coaching hire by owners Dee and Jimmy Haslam was a former Browns offensive coordinator. Rob Chudzinski, who served as coordinator in 2004 then again in 2007-08, was hired in 2013 and went 4-12 in his only season.

Browns assistant coaches weren’t fired along with coach Freddie Kitchens but were given permission to seek other opportunities.

Break in coaching search sets up what could be busy week
AP source: Panthers completing coaching deal with Matt Rhule