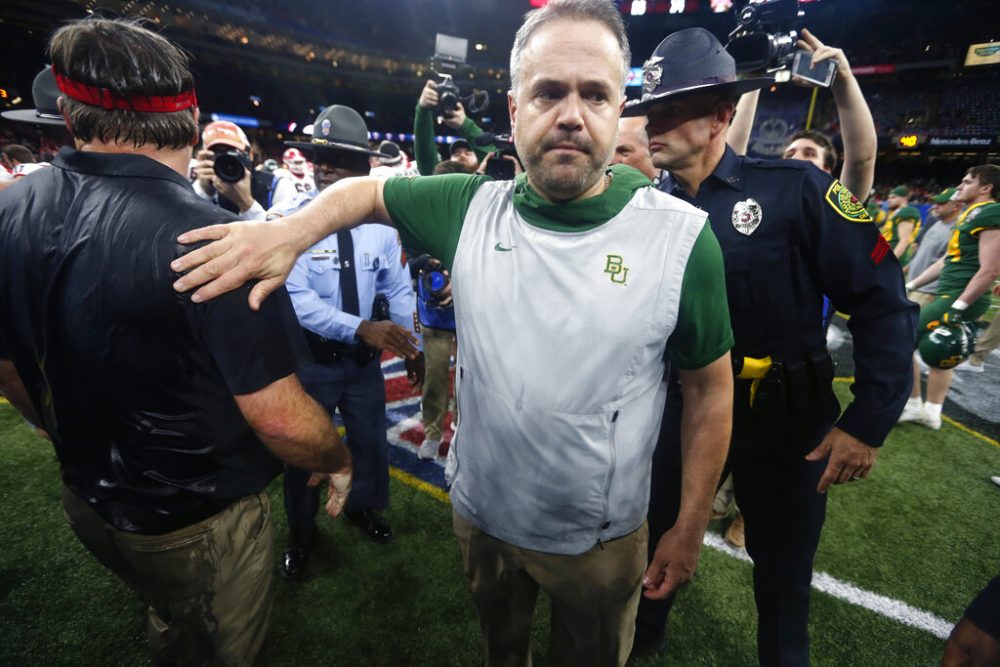 CHARLOTTE, N.C. — A person familiar with the situation says the Carolina Panthers are completing a contract to hire Baylor’s Matt Rhule as their coach.

The person spoke to The Associated Press on Tuesday on condition of anonymity because the deal is not done. The Panthers have not spoken publicly about the coaching search.

The person says Panthers owner David Tepper visited with Rhule at his home in Waco, Texas and decided he would succeed Ron Rivera, who was fired with four games remaining in the season.

Rivera was the winningest coach in franchise history and was twice named AP NFL Coach of the Year.

Rhule was scheduled to visit with the New York Giants this week and was believed to be a strong candidate there. The Browns had asked to interview Rhule for their coaching vacancy, but he turned them down.

Rhule was named Baylor’s coach on Dec. 6, 2016. The Bears went 11-1 in the regular season this past year and finished 11-13 after losing to Oklahoma in the Big 12 Championship and Georgia in the Sugar Bowl.

Rhule began his college coaching career in 1998 and his only experience in the NFL is having spent one season as an assistant offensive line coach with the Giants in 2012.

When Tepper met with a small group of reporters after making the decision to move on from Rivera, he seemed to downplay the idea of hiring a college coach.