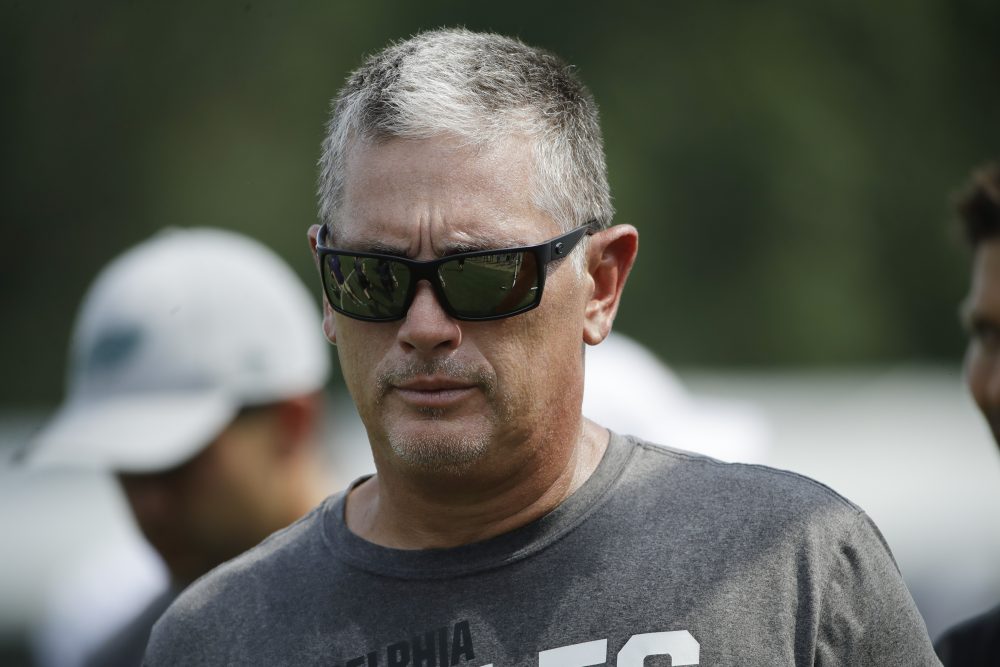 Jim Schwartz started his NFL career with the Browns at the bottom.

He could come back to Cleveland in the top spot.

Schwartz, 53, played linebacker at Georgetown University before coaching in college for four years. He made the jump to the NFL in 1993 as a personnel scout/go-fer under Browns coach Bill Belichick.

He worked for the Browns for three years before heading to Baltimore when Art Modell moved the franchise and becoming outside linebackers coach.

Schwartz rose to defensive coordinator with the Titans then became head coach of the Lions in 2009, taking over after the first 0-16 team in NFL history. The Browns became the second in 2017.

He’s the eighth known candidate for the Browns’ vacancy, which is the last one remaining in the NFL. He’s only the second with a defensive background, joining 49ers coordinator Robert Saleh.

With McCarthy out of the equation, McDaniels (11-17) and Schwartz are the only candidates with head coaching experience.

Schwartz has been a coordinator for 13 seasons, including the last four with the Eagles. He runs a 4-3 scheme and likes to split the ends wide to stress the offensive tackles in pass protection. His defenses have finished in the top five in the NFL in yards and points three times each.

The Eagles had the NFL’s best rush defense in 2017 when they won the franchise’s first Super Bowl behind a strong front four. They were fourth in the league in total yardage (306.5), points allowed (18.4) and takeaways (31).

They were ousted by the Seahawks on Sunday in the first round of the playoffs.

Schwartz is under contract with the Eagles through 2020, The Philadelphia Inquirer reported. They can’t block him from becoming a head coach elsewhere but could stop him from leaving for a coordinator job.

Schwartz has an economics degree and was an Academic All-American. He embraces analytics, which would align with Browns chief strategy officer Paul DePodesta, who’s running the coaching search.

If the Browns hired Schwartz, Eagles vice president of football operations Andrew Berry would be a leading candidate to return as general manager. The coach will be “heavily involved” in selecting a GM, owner Jimmy Haslam said last week.

Coach Freddie Kitchens was fired after going 6-10 in his lone season. GM John Dorsey parted ways with the organization after he refused to accept a diminished role.