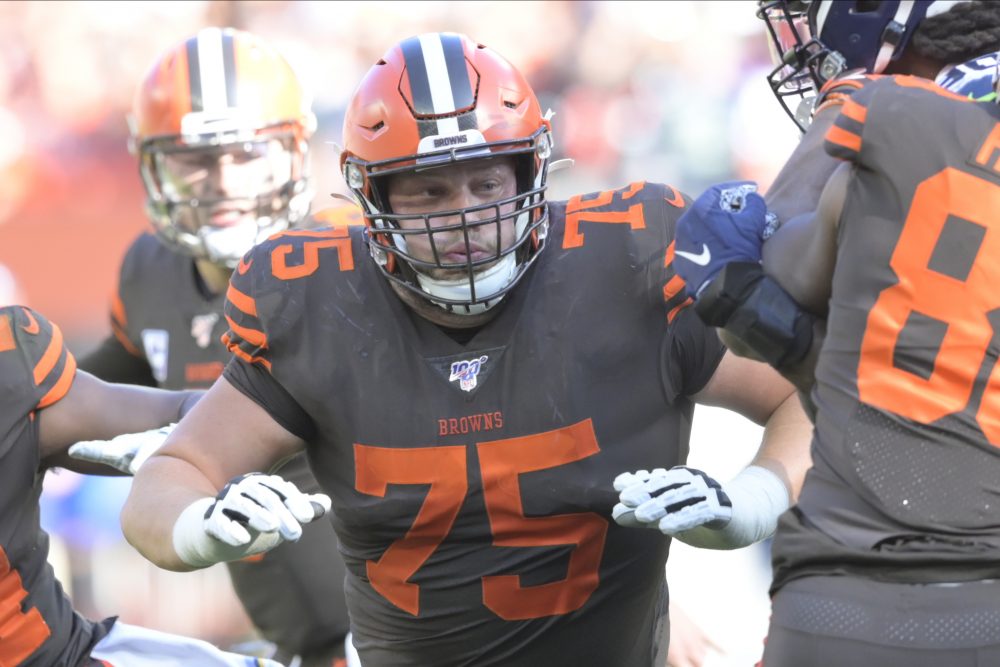 Left guard Joel Bitonio is going back to the Pro Bowl.

Bitonio, originally voted a first alternate, will represent the AFC after Pittsburgh’s David DeCastro withdrew due to injury. Bitonio made his first Pro Bowl last season.

Bitonio is the third Browns player selected for the Pro Bowl, joining running back Nick Chubb and receiver Jarvis Landry.

“I am honored and humbled to be named to the Pro Bowl,” Bitonio said Thursday in the news release. “To wear our orange helmet and represent Cleveland and our great fans again is something that I take a lot of pride in.

“It always takes a team effort when you get this type of recognition so it’s really good to be able to share this with some of my teammates. Last year, I got to experience the Pro Bowl with Jarvis and this year, it’s going to be really cool to be blocking for Nick in the game.”

Bitonio didn’t miss a snap for the third consecutive season and was also named second-team All-Pro for the second straight season. He blocked for Chubb, who finished second in the NFL with 1,494 rushing yards.

Coach Freddie Kitchens, who was fired Dec. 29 after going 6-10 in his only season, is expected to speak with new Giants coach Joe Judge about a spot on his offensive staff, according to an ESPN report.

Kitchens and Judge worked together at Mississippi State in 2005 when Kitchens was running backs coach and Judge a graduate assistant. Judge was hired Wednesday by the Giants after working as special teams coordinator/receivers coach for the Patriots.

Teams are interested in special teams coordinator Mike Priefer if he’s not retained by the new Browns coach.

Alex Marvez of SiriusXM NFL Radio reported teams with vacancies are waiting to see if Priefer’s kept by Cleveland. He did a good job in his first year with the Browns in 2019 after the special teams had been awful in 2018 under coordinator Amos Jones.

Priefer was Denver’s special teams coordinator when Josh McDaniels was coach in 2009-10. McDaniels is expected to interview for the Browns’ coaching job Friday.

** Vice president of player personnel Alonzo Highsmith told the Miami Herald he won’t be taking a job at the University of Miami, his alma mater.

Highsmith is still employed by the Browns after the departure of general manager John Dorsey, but his future with the organization is uncertain.