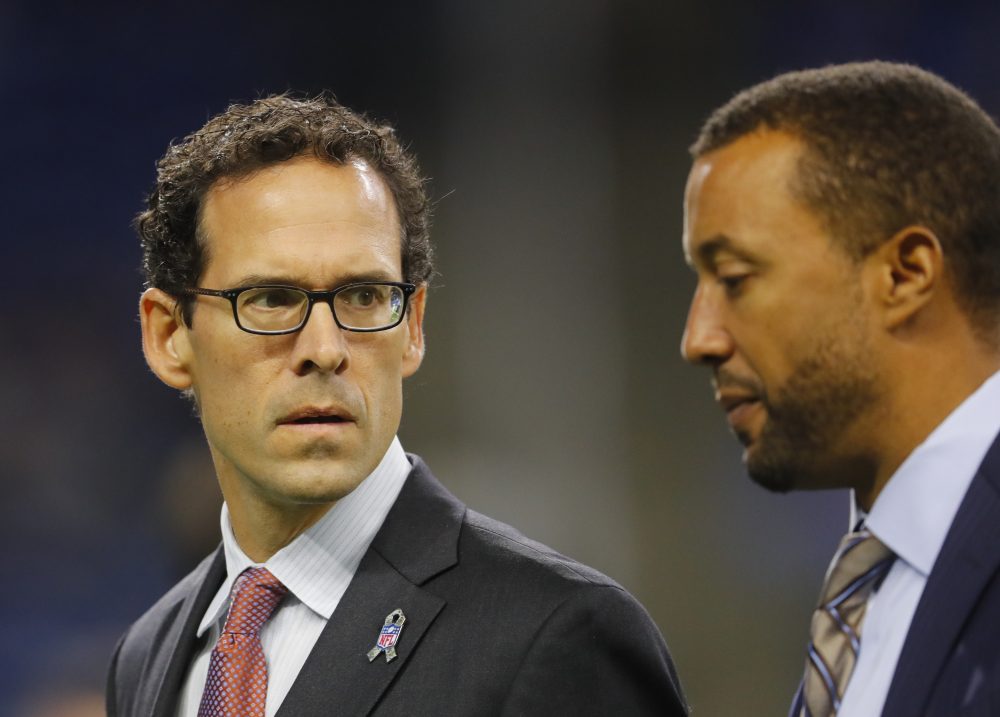 The Browns have tried smart.

They’re hoping to add synergy this time in the seemingly hopeless quest for success.

The Browns ended the two-week search for a coach Sunday, deciding on Vikings offensive coordinator Kevin Stefanski, a league source confirmed to The Chronicle-Telegram. An official announcement was expected Monday.

A string of regimes has been sunk by dysfunction, internal discord and power struggles. The choice of Stefanski and a commitment to organizational alignment offer hope the self-sabotage is a thing of the past.

In Dee and Jimmy Haslam’s seven-plus years of ownership, they’ve tried a plethora of plans. All have failed miserably.

Here’s the evidence: a 28-83-1 record in their seven full seasons, five fired coaches and five ousted heads of football operations.

The worst of it came during the previous analytics administration. With Sashi Brown calling the shots, the Browns set the NFL record for futility by going 1-31 in 2016-17.

Brown was jettisoned during the 2017 season. Chief strategy officer Paul DePodesta remains and is more powerful than ever after directing the search that landed Stefanski — and serving as a roadblock to Patriots offensive coordinator Josh McDaniels. DePodesta, who famously spent 20 years in baseball front offices before joining the Browns four years ago, wanted Stefanski last year but lost out to the Haslams and then-general manager John Dorsey.

DePodesta also reportedly preferred Sean McDermott — who’s led the Bills to the playoffs twice in three years — in the 2016 search but was overruled by the Haslams, who went with Hue Jackson. If the Haslams are going to continue to pay DePodesta for his knowledge and opinion, it’s about time they listened to him.

DePodesta and Stefanski could be joined by Andrew Berry as general manager. The Browns requested permission to interview Berry, the vice president of football operations for the Eagles who’s considered the favorite to return to Cleveland.

Berry was vice president of player personnel for the Browns from 2016-18 and also reportedly preferred Stefanski a year ago. His return would mean two of the three key pieces at the top of the organization were instrumental in 1-31.

That’s certainly cause for pause, but the setup isn’t the same.

Jimmy Haslam was emphatic when he talked to the media Jan. 2 that his focus was on having alignment throughout the organization. He hasn’t been satisfied with the relationships at the top and has too often been the arbiter of power struggles.

The Stefanski hire should provide cohesion.

This would be a drastic departure from when Jackson was coach for 1-31. He wasn’t all-in on the plan and fought Brown on key decisions.

Stefanski proved his collaborative powers during a 14-year run with the Vikings. Not only did he survive two coaching changes — Brad Childress to Leslie Frazier to Mike Zimmer — he welcomed longtime coach Gary Kubiak this season, incorporated much of his offensive system and adopted the language.

“That tells you who Kevin is. I don’t even know what words to describe it,” Kubiak told the Star Tribune this season. “It tells you why he’s going to get to the top and have a chance to be such a hell of a head coach in this league.

“Really, it was an unselfishness on his part. He could have come in here and bullhorned us into what we’re doing. He said, ‘No — let’s talk your language. I can catch up.’ I expected that, because of what I knew about him.”

The key for the partnership to work is the general manager. Brown, a lawyer who gained the confidence of Haslam, wasn’t qualified to pick players, no matter the data he was given.

Berry is more a “football guy.” He played at Harvard, worked in the Colts, Browns and Eagles front offices and appears ready to move up again at age 32.

Yes, he was part of 1-31, but he didn’t hold the power. He’s liked, respected and smart. If he’s allowed to pick the players, I believe he has a good chance to excel. And he would inherit a roster ready to go to the playoffs.

But so much goes into team success besides talent evaluation, which was Dorsey’s expertise. You also need cohesion, communication and leadership.

Cohesion shouldn’t be a problem with DePodesta having a lot of say in the coach and GM hires. Communication and leadership remain to be seen.

They seem like strengths for Stefanski, but there is always a jump from coordinator to head coach and it’s impossible to know how he’ll handle it. Browns fans don’t need to be reminded Romeo Crennel, Rob Chudzinski, Mike Pettine and Freddie Kitchens failed in their attempts.

And with the Haslams having made the ultimate decision to hire Stefanski, it’s tough to have any confidence.

The plan isn’t the problem. Smart and synergy is a sound formula.

Now it’s on the Haslams to create the proper culture, and have the patience to trust it even if there are early struggles.

They’ve never shown the ability to do either.

Commentary: Browns look predictably clueless as they wander through coaching search without a pick
Commentary: The latest coaching hire is all about owners Dee and Jimmy Haslam, and if they can finally manage to get it right