Commentary: Browns look predictably clueless as they wander through coaching search without a pick 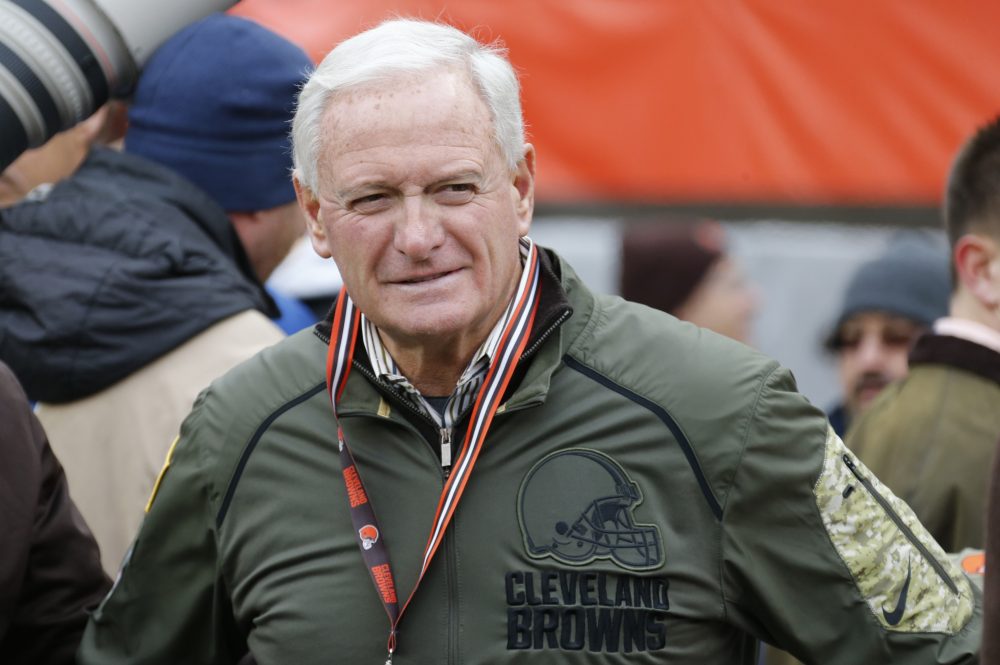 We take you now to a live audio feed from inside the executive offices at the team complex on Lou Groza Boulevard in Berea: “Um … um … um … let’s see … well … um … um … um …”

So how do you like The Great Coach Search so far? You think it’s easy replacing Freddie Kitchens?

OK, maybe that’s a cheap shot. Or maybe not.

Maybe there are legitimate reasons why the four other teams without coaches have all hired their new coaches and the Browns have not. But the Browns are the Browns, with the Browns’ track record. So it’s very difficult to ever give them the benefit of the doubt on anything. Teams must earn that. The Browns have not.

The Browns must own all it is that they have done so poorly, and, as we all know, it’s a long list, and getting longer.

CoachQuest is only the latest. But it’s currently the organization’s biggest sinkhole. Almost, or maybe even more so, than the general manager quest, which will take place after CoachQuest crosses the finish line.

Because the new coach will help pick the new general manager. But because the whole operation will be operating under the pilotage — to borrow a familiar, hot-button (nudge-nudge) reference — of the incumbent owner, it is to be eyed warily.

This thing is a mess until it’s not a mess, and the clock is ticking. Loudly.

In The Great CoachQuest, the Browns have interviewed eight candidates for the job of pulling the tractor out of the ditch. That doesn’t count the presumed clandestine back-channel chit-chat between the Browns’ emissary of intrigue and a former Ohio State coach who shall remain nameless to gauge the ex-coach’s interest in the job.

Some of The Cleveland 8 are still involved with their teams’ play in the NFL’s postseason tournament, which makes those candidates’ resumes gleam brighter still to a baggy-eyed playoff orphan such as the Browns. Maybe that explains the delay in the NFL’s worst-run franchise hiring a new coach.

Or maybe the delay in naming the coach is that the team hoping to do the naming is the NFL’s worst-run franchise. This is not exactly a plum job, unless, as a coach, your idea of a good time is to coach for only one year but to get paid for three more.

Two of the eight candidates, Josh McDaniels and Kevin Stefanski, had previously interviewed with the Browns. Stefanski was apparently a finalist last year, but (not exactly a resume polisher here) finished second to Kitchens.

Why Stefanski would agree to interview again with a team that snubbed him for a one-and-done disaster seems slightly curious. But, then again, there are only 32 NFL head coaching jobs in the world — even if one of them IS with the Browns.

Maybe the Browns have already made up their mind on their coach, and they’re just waiting for that coach’s team to be eliminated from the postseason tournament.

Maybe the Browns have agreed in principle with the candidate they like best, but are still working out the terms of the contract. Or maybe there is some division within the search committee about which candidate is the strongest. Maybe the coach has been picked, and accepted the job, but the search committee disagrees with his preferred general manager selection.

With the Browns, it’s never easy.

With the Browns, there also is never any shortage of maybes, so maybe they simply don’t like any of the eight candidates they’ve interviewed.

Remember, these are the Browns. We can eliminate nothing. A team that has been chronically incapable of hiring the right coach is at large again, searching everywhere for their latest Mr. Right.

Because it’s always better to take your time and hire the right guy than to rush into it and reel in Mr. Wrong.