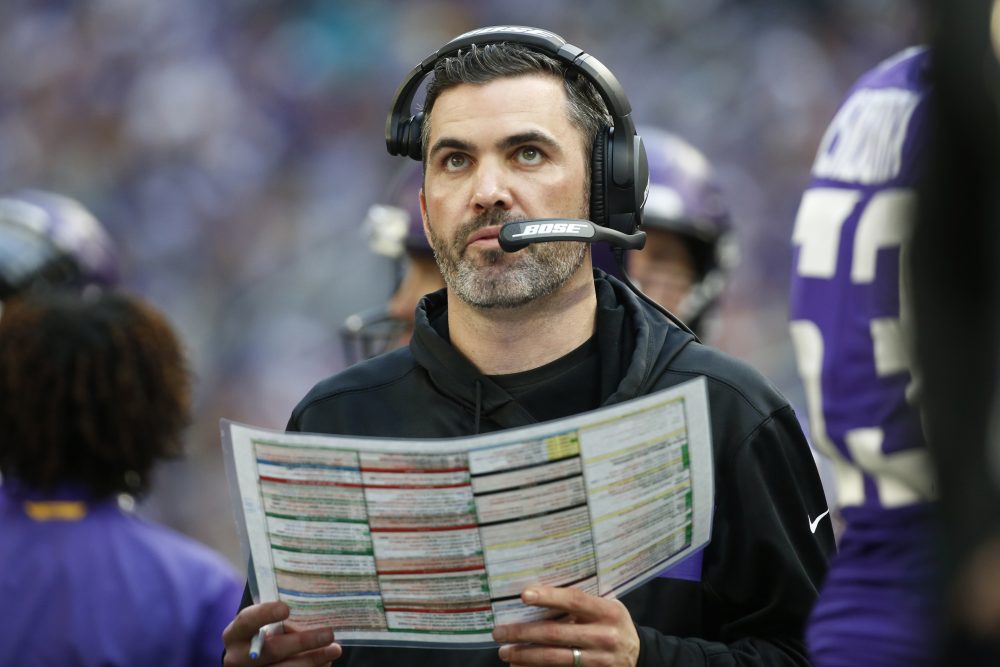 In the wake of the Freddie Kitchens fiasco, Browns players pleaded for the next coach to be a leader.

“We were looking for a strong leader of this football team, a very bright coach with a high football IQ, who could establish a strong understanding of what he expected of his players, hold them accountable and confidently navigate the challenges and opportunities that present themselves throughout a season,” the Haslams said in a news release Monday. “Kevin exemplifies these qualities and more. He has a tremendous ability to relate well and communicate well with his players, has experienced many coaching facets of a team, and understands how to put them in the best position to succeed while also establishing a winning culture.”

The Browns finally announced the hiring of Stefanski as the 18th full-time coach in franchise history Monday night. They decided to hire the Vikings offensive coordinator Sunday morning. He arrived at team headquarters in Berea on Monday morning and put in a full day before the five-year contract was finalized.

He’ll be introduced at a news conference Tuesday at 1 p.m. at FirstEnergy Stadium.

“Before you know it, the players are back in the building and we’re going to be putting a system together offensively, defensively, etc. I think that’s the fun part, when these guys get back in this building.”

Stefanski, 37, spent the last 14 years with the Vikings. He coached quarterbacks, tight ends and running backs before becoming interim offensive coordinator with three games left in 2018. The interim tag was removed after the 2018 season.

He steps into a difficult spot in his first time as a head coach at any level.

He’s the 10th full-time coach since the Browns returned in 1999, and the fifth hired by the Haslams since they bought the team in 2012. He replaces Kitchens, who was fired Dec. 29 after going 6-10 in his lone season. Stefanski finished runner-up to Kitchens in the coaching search after the 2018 season.

In addition to the lack of stability and continuity, Stefanski inherits the expectations that accompany a talented roster that underachieved in 2019. It includes big personalities in quarterback Baker Mayfield, defensive end Myles Garrett and receivers Odell Beckham Jr. and Jarvis Landry.

Stefanski’s first order of business is assembling a staff. His options for defensive coordinator are interesting.

He could keep Steve Wilks, whom Cleveland.com reported would’ve been Stefanski’s choice if he’d gotten the job last year. George Edwards, who coached linebackers for the Browns in 2004, won’t return as Vikings coordinator after his contract was allowed to expire. He’s been a coordinator for nine seasons with three teams, including the last six with the Vikings.

Cleveland.com also reported veteran coordinator Wade Phillips has been discussed. Phillips, 72, has been a full-time head coach for three teams and spent the last three years as coordinator with the Rams.

Stefanski, who played defensive back at the University of Pennsylvania, began his career in the NFL in 2006 as an assistant to Vikings coach Brad Childress. He slowly worked his way up, staying with the Vikings through two coaching changes.

“I chased this thing and never knew where it was going to lead,” Stefanski said. “It led through the Vikings and spent great years there, impressionable years for me being able to coach multiple positions and work under different coordinators and different philosophies. I really feel like I grew as a coach there, and they allowed me to grow, which was outstanding.

“I just kind of chased this thing and here’s where it landed right now. I couldn’t be happier that I’m here to help this franchise.”

Stefanski called a balanced offense, as the Vikings ranked eighth in the NFL in scoring (25.4 points per game) and sixth in rushing (133.3 yards) before beating the Saints in the wild-card round of the playoffs. They were eliminated Saturday by the 49ers.

“Part of me wants him to stay here but part of me is just happy, so happy for him and his family,” rookie center Garrett Bradbury told reporters, referring to Stefanski. “I couldn’t have asked for a better offensive coordinator this first year. … He’s been super approachable as a coach.”

“You wish him nothing but the best,” rookie running back Alexander Mattison said. “He has a resilient mindset and I definitely would say that he knows football like the back of his hand. I know that he’ll do a great job.’’