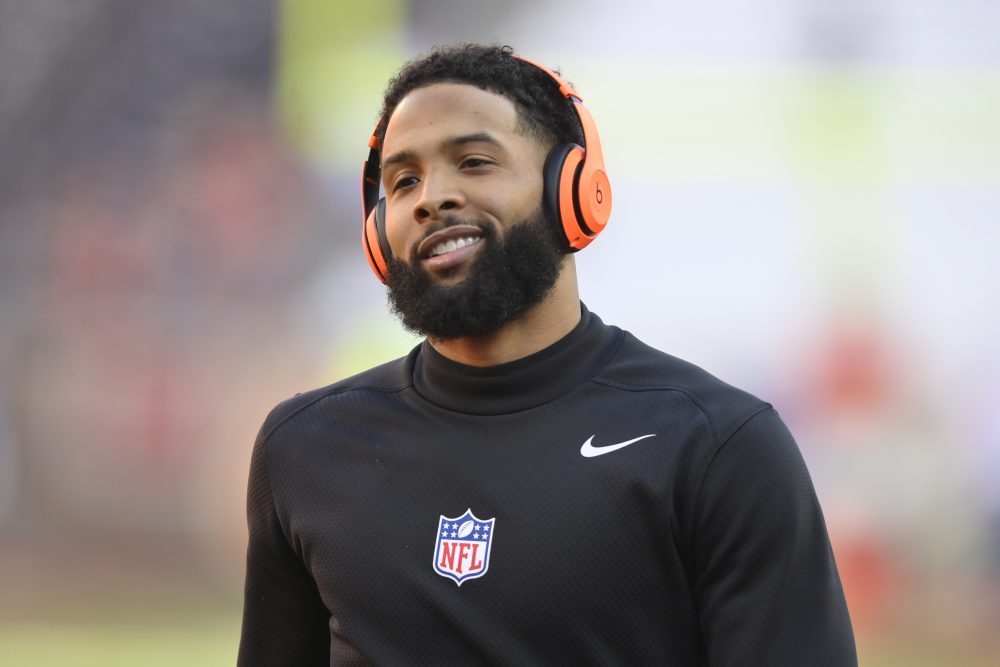 New Orleans police obtained an arrest warrant for Beckham on Thursday accusing him of simple battery, a public information officer confirmed to The Chronicle-Telegram by phone.

Nola.com was first to report the news.

Video appeared to show Beckham slapping a male security officer on the butt in the locker room after LSU’s victory over Clemson on Monday night in the Mercedes-Benz Superdome.

“We are aware of the incident and have been in touch with Odell and his representatives on the matter,” a Browns spokesman said in a statement. “They are cooperating with the proper authorities to appropriately address the situation.”

OBJ wasn’t gonna let that officer spoil the fun.. told him to get the gat. 🤣 pic.twitter.com/sWoWj53r42

Beckham has been responsible for a series of distractions since the Browns acquired him in March in a trade with the Giants.

The police originally sought a warrant for a sexual battery charge, but it was declined by a judge, a source told Nola.com. Both charges are misdemeanors.

Some players were smoking victory cigars in the locker room, and reports said a stadium officer told players they’d be subject to arrest for smoking. No one was arrested.

An officer was admonishing guard Damien Lewis when Beckham, 27, threw something small in the officer’s direction then approached him from behind and appeared to smack him on the rear end. The officer turned around, and Beckham stared at him and said something.

In a sworn New Orleans police statement filed in Criminal District Court and obtained by Nola.com, the lieutenant momentarily “wanted to retaliate by punching the offender” but didn’t. He decided later he wanted to press charges.

The penalty for conviction is up to six months in prison and a maximum fine of $1,000, according to Nola.com.

He was on the field with a large stack of what looked like cash and gave it to players after the game. LSU initially said the money was fake, but Heisman Trophy-winning quarterback Joe Burrow told a Barstool Sports podcast he received real money.

“We are working with our student-athletes, the NCAA and the SEC in order to rectify the situation,” school spokesman Michael Bonnette said.

Beckham recently completed his first season with the Browns. It was filled with drama.

He was reprimanded by the NFL for wearing a watch in the opener against the Titans, was sent to the sideline to change his visor against the Jets in Week 2, fought with Ravens cornerback Marlon Humphrey during a game in Week 4, was told to change his clown-design cleats at halftime against the Broncos in Week 9 and reportedly told opponents to “come get me” during games.

After initially being noncommittal about his future in Cleveland, he said he wanted to return in 2020.

He played all season with a sports hernia that may require surgery but caught 74 passes for 1,035 yards and four touchdowns.