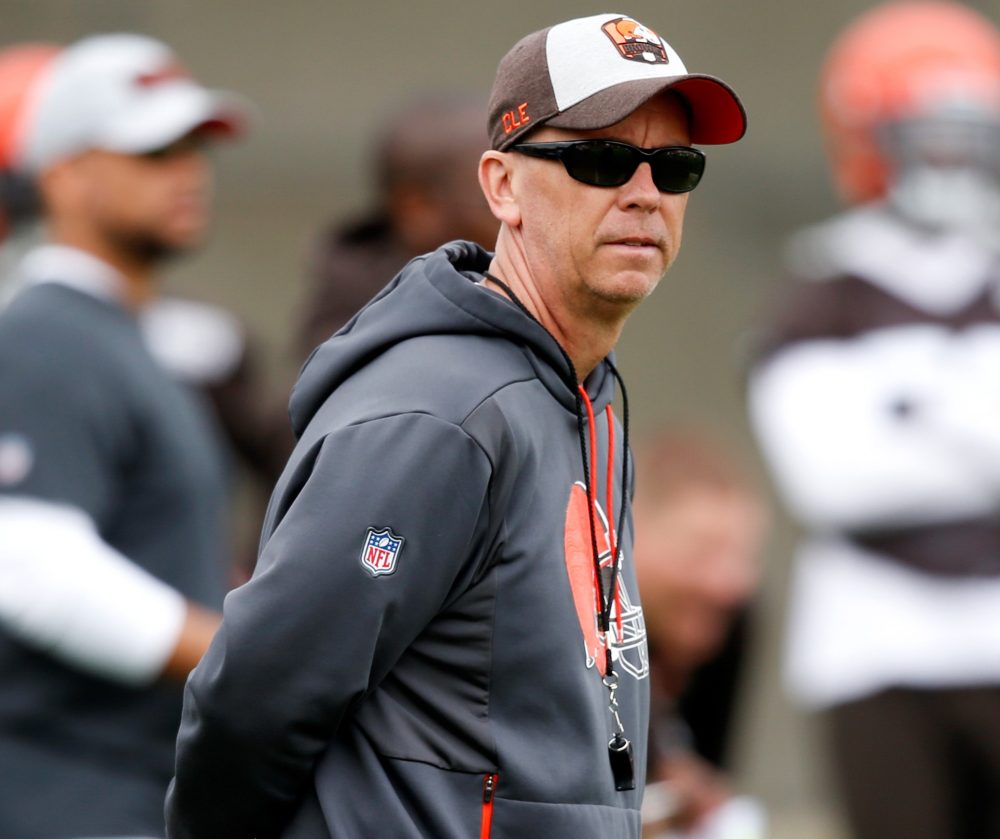 If Todd Monken’s plan, as it seemed, was to attach himself to the Browns’ ascending offense in the hopes of getting an NFL head coaching job, his year in Cleveland as coordinator can accurately be described as an abject failure.

Monken left the Browns on Friday, as expected, taking the coordinator job with the University of Georgia.

Monken interviewed for NFL head coaching jobs a year ago but settled for coordinator with the Browns. It was never a fit.

Monken had never worked with first-year coach Freddie Kitchens, who chose to call plays despite Monken’s history of success in the role. Monken, who called plays in 2018 for Tampa Bay’s offense that ranked first in passing and third overall, ran the offensive meetings during the week but didn’t have nearly the power to which he was accustomed.

“Every decision I make I think is made in the best interest of this football team,” Kitchens said during the final week of keeping play-calling duties. “And I’m never close-minded on anything, it’s just this is what I felt like gives us the best chance to win right now.”

The Browns, led by their star-studded offense, were the favorite to win the AFC North but fell well short of the expectations. They went 6-10, Mayfield struggled in his second season and the offense ranked 22nd in yards (340.9 per game) and points (20.9).

Kitchens was fired hours after the season-ending loss to the Bengals on Dec. 29.

Coach Kevin Stefanski was hired Monday and has been interviewing Kitchens’ staff as he looks for assistants. Stefanski will hire an offensive coordinator, then decide who will call the plays.

Monken will return to that role with the Bulldogs.

“We are excited to add Todd to our staff,” coach Kirby Smart said in the news release. “He has a history of establishing explosive offenses at each and every stop in his impressive career in both the National Football League and at major college football programs.”

Monken was the head coach at Southern Miss for three years before joining the Buccaneers in 2016. Most of his career has been spent in the college ranks.

GETTING STARTED
The search for a general manager picked up steam Friday.

Eagles vice president of football operations Andrew Berry and Patriots director of college scouting Monti Ossenfort were in Berea to interview for the vacancy created when John Dorsey and the team agreed to part ways Dec. 31 when he wouldn’t take a reduced role after two seasons running the football department.

The Browns are expected to interview Vikings vice president of player personnel/assistant GM George Paton in the coming days. The plan is to interview three to five candidates, and none of the known three has been a GM.

Berry was VP of player personnel for the Browns from 2016-18. Paton worked with Stefanski for the last 13 years in Minnesota.

Ossenfort has been in the NFL for 18 seasons, including 15 with the Patriots.

GOOD EXPERIENCE
San Francisco 49ers defensive coordinator Robert Saleh, a finalist for the job that went to Stefanski, said he’s glad to have been a candidate. He had an impressive interview.

“There’s no disappointment,” he told reporters Thursday. “I’m very grateful for the Browns and having me be a part of it. I’m just actually a really big fan of (Browns owner) Jimmy Haslam and what he did and what they’re going to go through.

Receivers coach Adam Henry is expected to take the same position with the Cowboys, ESPN reported.

Henry was hired by coach Hue Jackson in 2018 and stayed last year under Kitchens. He coached Beckham and Landry at LSU and Beckham with the Giants.