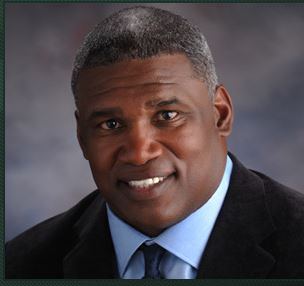 The overhaul of the personnel department started in a hurry.

Extreme change is normal when a new boss is hired, but Berry had worked with all three as a vice president of player personnel for the 2018 season before leaving for the Eagles in 2019. They were the three highest-ranking people in the scouting department under former general manager John Dorsey.

The Browns had “good dialogue and conversation” with Wolf regarding him staying, but both sides decided it was best to separate.

Berry first worked for the Browns from 2016-18. He was hired by former head of football operations Sashi Brown but stayed for a year under Dorsey.

Wolf, Highsmith and Malin were brought in by Dorsey, who parted ways with the organization Dec. 31 when he declined to accept a diminished role.

The turnover is nothing new for the Browns.

Owners Dee and Jimmy Haslam have fired five coaches and five heads of the football department since buying the team in 2012. Each move brings a chain reaction of change.

“I wanted to go in a different direction because my philosophy on football is different from theirs,” Highsmith told ESPN. “I may go to Aruba, or go to the Masters. I’m going to take some time to do some fun stuff.

“I may also clean my garage, who knows. As far as football goes, I’ll just have to wait to see what happens. I love all parts of the game. I’ve never been a title guy, working and contributing has always been my goal. So I do hope to return to the NFL.”

Highsmith talked to the University of Miami, his alma mater, after the season about a job there but it didn’t happen. He was frustrated by the role of analytics within the Browns organization in 2019, and that role will only grow with the increase in influence of chief strategy officer Paul DePodesta, the return of Berry and the hiring of coach Kevin Stefanski.

Dorsey’s group clashed with DePodesta’s analytics people, and the conflict was obvious during the recently completed 6-10 season. Coach Freddie Kitchens was fired after his lone season in charge.

When Jimmy Haslam talked to reporters Jan. 2 at the beginning of the coaching search he said Wolf wasn’t a candidate to be general manager.

Not only did that not happen, Hall of Fame GM Ron Wolf, Eliot’s dad and Dorsey’s mentor, ripped the analytics-drive model used by the Browns and others.

“When something goes wrong, who takes responsibility?” Wolf told ESPN on Wednesday. “Their answer, ‘Well, that’s what the data told us.’

Wolf and Highsmith were hired Dorsey on Jan. 10, 2018. The trio had spent years together working with the Green Bay Packers.

Malin was hired May 31, 2018. He had previously worked with the Giants and Saints.

** Commissioner Roger Goodell told cleveland.com at the Super Bowl that defensive end Myles Garrett will meet with him within the next 60 days to discuss his reinstatement from an indefinite suspension. A league source told The Chronicle-Telegram during the season Garrett’s expected to be reinstated for the 2020 season.

Garrett was suspended for the final six games after hitting Steelers quarterback Mason Rudolph on the head with Rudolph’s helmet during a game Nov. 14.