Baker Mayfield during ESPN interview: “I put my foot in my mouth a lot this past year” 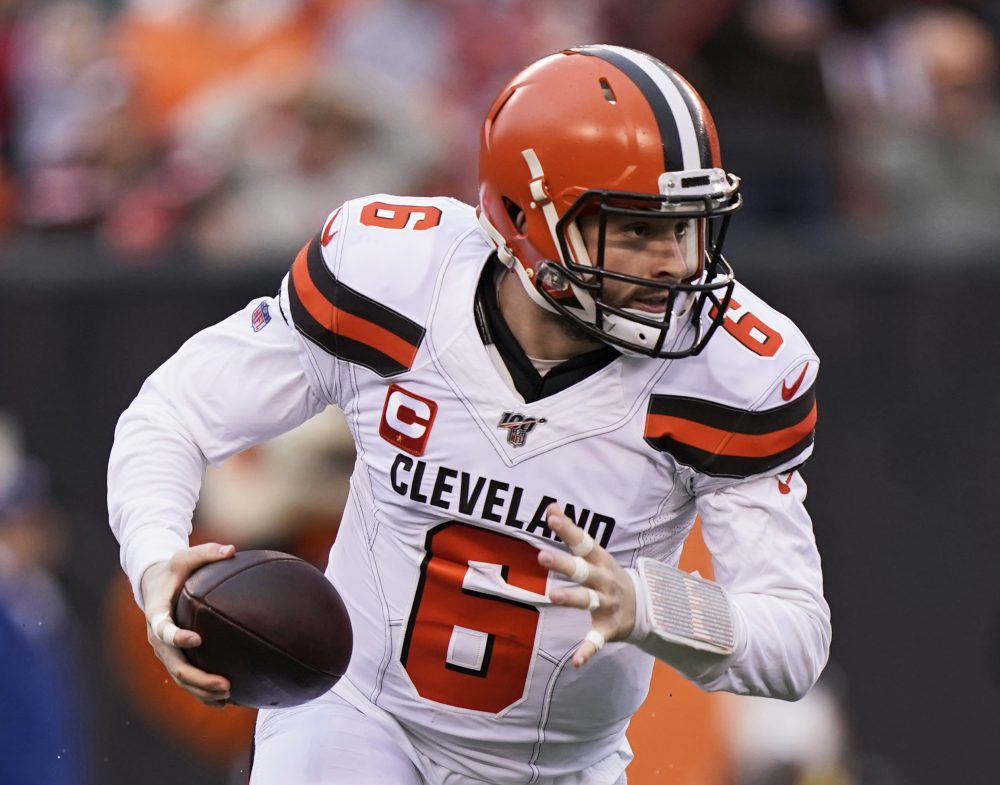 Browns quarterback Baker Mayfield has never been afraid to speak his mind, or respond to his critics.

He admitted Friday the approach backfired during a disappointing 2019 season and he needs to adjust moving forward.

“It’s a humbling experience,” Mayfield said on ESPN. “It’s a different ballgame. I mean, let’s just be honest, I put my foot in my mouth a lot this past year. And I’m going to internalize that, and I think that’s the way I need to handle it.

“I mean, rest in peace, Kobe (Bryant), but that’s the way he did it. He motivated himself. He didn’t talk a lot. He talked to his teammates, drove them to be better people, better men, and so that’s the way I need to handle it.”


Mayfield appeared on ESPN’s “Get Up” set at the Super Bowl in Miami. He sat next to analyst Rex Ryan, who called him “overrated as hell” during the season. Mayfield took the bait at the time and responded by pointing out that Ryan is no longer employed as an NFL coach.

Ryan got the last laugh as Mayfield regressed in his second season and the Browns fell to 6-10. Mayfield swallowed his pride for the ESPN appearance and agreed with the criticism that he handled the situation incorrectly.

Stopping would be quite a departure for Mayfield, who thrives on having a chip on his shoulder, insists he’s not a “cookie-cutter quarterback” and enjoys verbal sparring.

Ryan stressed a quarterback must take the blame when things go wrong and spread the credit when things go well, adding it doesn’t help win games to respond to critics like himself.

“No, it doesn’t,” said Mayfield, who was appearing to publicize Special Olympics. “And that’s what the focus needs to be about is what can I do to help this team win? What can I do to make our franchise better, head in the right direction? Do the things of why I was picked in that spot and make it happen.”

Mayfield put the blame on himself for the Browns’ disastrous season that started with playoff expectations. He ranked 31st in the NFL with 31 interceptions, a 59.4 completion percentage and 78.8 passer rating.

“None of the stuff that happens the year prior carries over,” he said. “It comes down to me doing my job. I’ve never turned the ball over so many times. That might have been the most combined over my whole career, and you can’t win like that. So that falls back on me. I’ll take all the blame for that.

“So it comes back on communication, just being on the same page, doing my job the best I can and not worrying about the outside stuff, not replying to you (Ryan). But just doing my job and doing what really matters.”

Mayfield was also on “First Things First” on FS1 and said his off-field reactions contributed to his dip in performance.

“I haven’t lost that many games in a season, ever,” he said. “It was a humbling experience. I was focused on too many of the wrong things, the uncontrolables, instead of just working and doing me, like how I was.

“I was too worried about the outside, this opinion, that opinion. It’s time to just put my head down and work.”

The Browns have a new coach in Kevin Stefanski, who’s had multiple conversations with Mayfield. He was asked what people can expect from the Browns in 2020.

Stefanski sees “legit” skill set in Mayfield, promises to make life easier for him as QB

“I’m not going to set any expectation. I know we’re going to work, I know what we’re going to do to handle it,” Mayfield said. “I’m excited to get back to work with this new staff, starting fresh, starting clean with everybody.

“We had a young team last year, we’re going to go in with pretty much the same young pieces and so it’s about the process. It’s about laying the foundation the right way in April as soon as we get back and making sure we have that, to where when the hard times do hit you’re talking about coming together like that, that’s when it really matters. You set that foundation in April, you work for it, and then as soon as you come back for training camp it’s hit the ground running. And so I’m excited about that.”

He was asked for his take on the Super Bowl, including the fact he faced the 49ers during the season. The Browns lost 31-3 on a Monday night.

“I don’t know if you would call what I did playing against San Fran,” he said. “I was on the field in San Fran.”