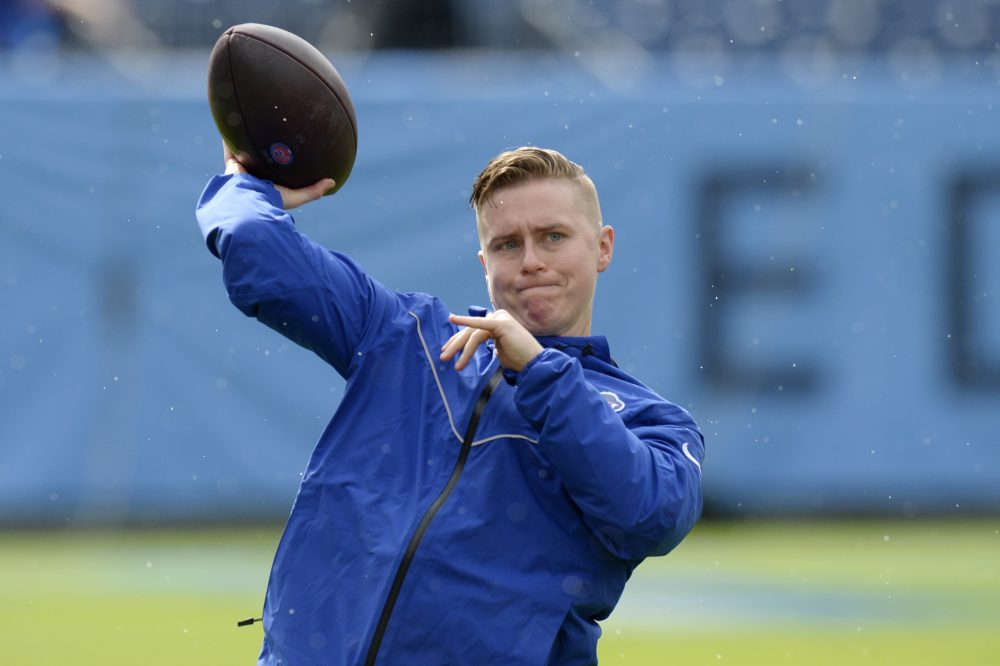 Kevin Stefanski’s journey to becoming coach of the Browns began as assistant to Vikings head coach Brad Childress in 2006.

Stefanski hired Callie Brownson for a similar role, naming her chief of staff, the team announced Friday. The role will contain coaching aspects, marking the first time a woman will coach for the Browns.

“I’m excited because Coach Stefanski is one of these up-and-coming coaches who has a lot of great ideas,” Brownson said in the news release. “He’s a progressive coach and he loves the game of football. He understands that football is ever-evolving, which is cool to be a part of on a staff like this.

“We talked through it and he had this very specific vision for how he wanted this role to work out and how involved he wanted it to be, and to me it sounded like a phenomenal opportunity and I was very impressed with him and impressed with everyone in this building and I’m excited to be here.”

Brownson played for the D.C. Divas of the Women’s Football Alliance from 2010-17, serving as captain for five seasons, and won a gold medal with Team USA at the 2013 and ’17 world championships.

“It’s very involved in every aspect of a football operation,” Stefanski said. “Callie is uniquely situated where she can go interact with football ops or PR or the locker room or the equipment room. She’s really the liaison to the rest of the building for me. I’m going to lean on her heavily and already have.

“I think she’s a go-getter. She’s self-motivated. She’s going to put all of her energy into this gig. What’s exciting for me is ultimately I want to develop young coaches. She’s someone that has worked on the offensive side of the ball, worked on special teams, has a great knowledge of the game and I want to let her expand that knowledge and develop her as a head coach.”

Brownson worked with the offense, defense and special teams in 2019 as the Bills reached the playoffs. She’s excited to join Stefanski as he begins his tenure.

“You’re starting at the bare bones of creating a program,” she said. “It’s not just hiring staff, it’s ‘How do we want to run our offseason program? How do we make sure that this staff is given everything that they need from a programming perspective to then make sure that our guys are prepared and ready to play?’

“It’s the bare bones stuff, and that is something that I’m going to be actively involved in creating with him. Everything from the creative content around the building, the sayings that the players see on the wall and murals, the design is going to be all based off of his vision and being able to be a part of that is an education and experience you don’t get in these other positions.”

Stefanski, a 37-year-old first-time head coach, has made it clear he hired Bill Callahan as offensive line coach, in part, because of his experience as a head coach.

Callahan, 63, welcomes his extra role as adviser. He and Stefanski have never worked together but are connected through Childress

“I can see how Brad hired Kevin and wanted him to be a part of the organization when he was with the Vikings,” said Callahan, whose hiring was announced. “I understand how his role played out and what he did with that opportunity. He’s only grown and excelled in that. I’m just very fortunate to be a part of it and those acquaintances and relationships that coaches need at times when you’re trying to help somebody.”

“The Cleveland Browns organization historically is one of the richest in football. The tradition and what it stands for, it means a lot to me,” Callahan said. “Growing up as a coach, I was a West Coast Offense advocate and read all the information and stories about Paul Brown and Bill Walsh and how it arrived with Cleveland. That was always appealing to me and interesting as well and helped me as a coach.”

Running back Kareem Hunt paid his $211.12 speeding ticket Tuesday, according to the Rocky River court website.

Hunt was stopped Jan. 21 in Rocky River and cited for going 77 mph in a 60 mph zone on I-90 west. He paid the ticket rather than appear in court.

A police officer smelled marijuana, searched the car and found small amounts in Hunt’s backpack in the backseat. The marijuana was confiscated and Hunt wasn’t cited for it, but he admitted to the officer he would’ve failed a drug test.

Baker Mayfield during ESPN interview: “I put my foot in my mouth a lot this past year”
Odell Beckham Jr. has “good feeling” after meeting with Kevin Stefanski, says he had “slice of humble pie” last season