Mailbag: Where’s the excitement for the new regime? How will the new guys get up to speed with the roster evaluation? What’s the trust level in the new regime? 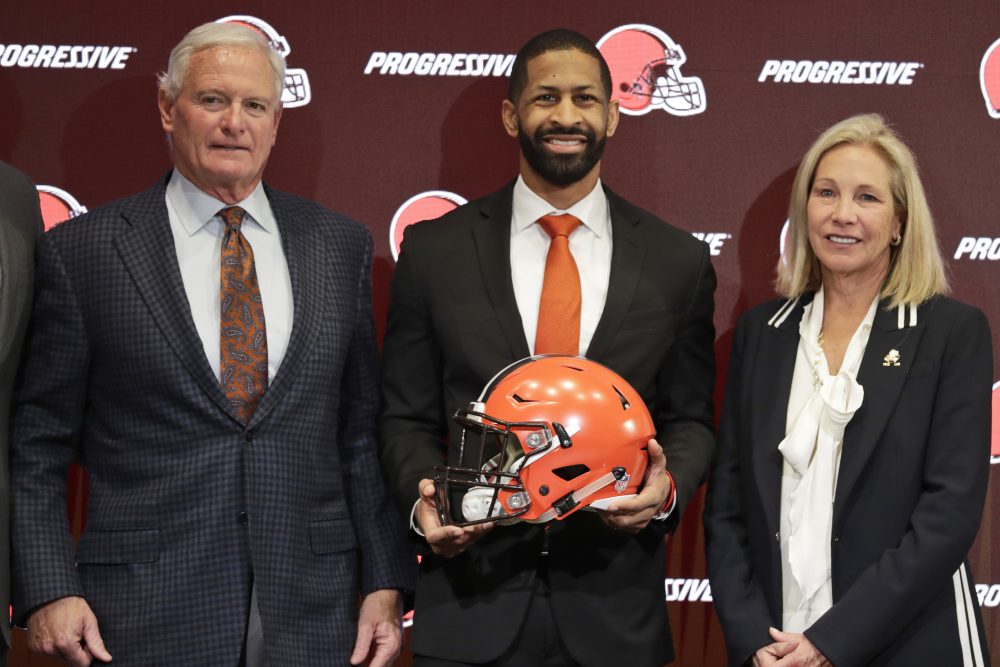 Q: Seems to be a marked lack of excitement regarding the Browns’ offseason moves to this point. Is this a hangover from last season’s unrealistic expectations?

A: You’re correct about the indifference toward the hiring of general manager Andrew Berry and coach Kevin Stefanski. I diagnose it as a combination hangover from 2019 and fatigue from all of the failed hires by owners Dee and Jimmy Haslam. Berry and Stefanski are the fifth new GM and coach since the Haslams bought the team in 2012, and coach Hue Jackson lasted the longest at 2½ seasons.

I don’t blame any fans for taking a wait-and-see approach, and for not getting their hopes up after last year’s crushing disappointment.

Q: Now that the Browns will be preparing for the 2020 season with a new coach, a new general manager and many, if not all, new assistant coaches, how will the organization insure that it has obtained the most detailed and proper player evaluation of the current roster? This is obviously critical to both free agent signings and the draft to insure that we start with the best players from the old regime.

A: The simple answer is film study.

Coach Kevin Stefanski has stressed the amount of time he’s already spent trying to watch the entire 2019 season so he can get a feel for what he’s inherited. One time through won’t be enough to get a true sense for many of the players, especially those like linebacker Joe Schobert, who’s eligible to become an unrestricted free agent. His staff must also dive in to determine which players fit, and don’t fit, the systems and schemes they’ll be installing.

Berry had a head start on Stefanski because he was vice president of player personnel with the Browns from 2016-18. He needs to fortify that base of knowledge by seeing how the players he knew did in 2019 and learning those who were added last season.

You’re 100 percent right that the future of the roster begins with an understanding of what they already have. Keeping Schobert or allowing him to become a free agent is the No. 1 decision facing Berry and Stefanski. They also must decide whether to cut defensive end Olivier Vernon, linebacker Christian Kirksey and right tackle Chris Hubbard to avoid paying their contracts. The only way to determine that is by studying the film.

Identifying the weaknesses on the roster shouldn’t take long. The Browns need upgrades at both tackle spots, safety, linebacker, tight end and end — if Vernon is cut.

Q:
Serious question: You trust this regime, including owner?

A: Serious answer: How could you?

OK, that’s not exactly an answer, but you get the point. Given the aforementioned track record of the Haslams, it’s impossible to trust them. They’ve yet to prove they can make a quality hire, or stick with a plan.

As for the front office of chief strategy officer Paul DePodesta, GM Andrew Berry and coach Kevin Stefanski, it’s too early to have earned any trust as a group. But I’m not going to slam the hires. I like smart people, and the trio certainly qualifies, so I believe they should get a chance to prove themselves. But without any history of success in their roles — and with 1-31 on the resumes of DePodesta and Berry — skepticism is justified.

Q: What was more tragic out of these three: Letting Kyle Shanahan go, drafting Johnny Manziel or drafting Justin Gilbert?

A: If I were a prisoner of the moment, I’d say letting Shanahan leave. He just coached the 49ers to the Super Bowl and is one of the game’s brightest minds. But losing him as offensive coordinator after one season only had a long-term impact on the franchise if the Haslams would’ve replaced Mike Pettine with him as head coach after the 2015 season, which wasn’t likely to happen.

I’m going with the Manziel pick as the most tragic. It was a disaster from the start, with an impulsive decision to trade up to draft him No. 22 when he wasn’t worthy of the pick. Things only got worse from there.

He wasn’t committed to the job but was favored by ownership and general manager Ray Farmer. They pressured Pettine and Shanahan to start Manziel, as a rookie in 2014, over Brian Hoyer in the midst of the franchise’s best season since 2007. He flopped spectacularly and quickly got hurt to end his season. He wasn’t much better as a starter in Year 2, and the off-field issues increased, hitting rock bottom with the “Billy Vegas” episode. The breadth of the shit show makes Manziel No. 1 on my list.

This isn’t to dismiss Gilbert. Somehow Farmer missed all the red flags and drafted him No. 8 in 2014. Gilbert was traded to the Steelers two years later and out of the league a year after that. At one point he admitted he couldn’t wake up when his alarm went off, providing the reason for being late to meetings.

Q: One factor that’s rarely talked about & that the Browns’ interpretation of analytics seems to underestimate is the importance of having strong relationships with player agents. I’ve read that the top 9 player agencies represent well over half of the players. Drew Rosenhaus alone represents nearly 150 players. That core of veteran “middle class” players with 3-5 years experience are a key to building a winner and it seems like agents play a bigger role than fans realize in determining which free agents land where. It seemed to me that John Dorsey had very good relationships with certain agents and it allowed him to feed veteran talent quickly to a team badly in need. Andrew Berry is smart but at 32 years old, how well developed can his relationships with agents be? The Browns might well discover again that their relative lack of depth in relationships with player agents will badly impede their ability to layer in key free agents and that might well limit the Browns ability to build a winner. Your thoughts?

A: That’s an interesting take. I don’t discount the relationship with agents and remember former Browns CEO Joe Banner believing that was one of his strengths. With that said, I think money will always rank first in landing free agents, followed by the organization’s situation. If the Browns are willing to spend, I think they’ll be fine. And with guys like Odell Beckham Jr., Myles Garrett, Jarvis Landry, Baker Mayfield and Nick Chubb on the roster, they should be able to convince free agents they’re ready to win.

But one of the many things on Berry’s to-do list should be laying the groundwork for free agency, and that certainly includes strengthening his relationships with agents.

Q: How do Cleveland’s ticket prices compare to others in the league?

A: The team’s news release announcing the price hike for 2020 said the Browns are estimated to remain among the four lowest totals of all NFL teams next season.

Mailbag: Who are potential coaching candidates? How would team respond to disciplinarian? Can Browns keep Nick Chubb and Kareem Hunt?