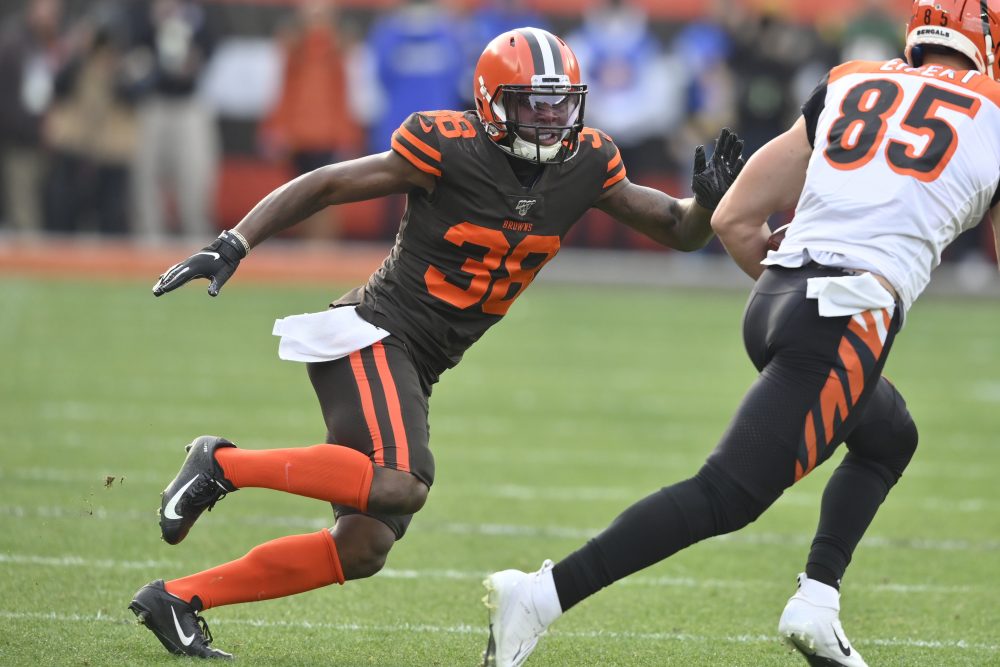 New general manager Andrew Berry’s retooling of the roster began Monday when he cut four veterans who had been signed by predecessor John Dorsey.

Carrie, 29, started 14 of 32 games in two years with the Browns but was due a $6.75 million salary in 2020 as part of a four-year deal he signed in 2018. The Browns have Denzel Ward and Greedy Williams as their starting cornerbacks and elected not to pay a backup that much money.

Harris, Kush and Taylor spent only one season with the Browns after signing as unrestricted free agents.

Harris, 28, made six starts in 15 games, catching 15 passes for 149 yards and three touchdowns. New coach Kevin Stefanski uses a lot of two-tight end formations, and the Browns are likely to make more changes at the position.

Kush, 30, started seven games at right guard in 2019. He was benched at midseason in favor of Wyatt Teller.

Taylor, 29, had eight special teams tackles in 15 games with the Browns. Dorsey thought he could compete for a starting spot on defense, but Taylor played sparingly and made just one tackle.