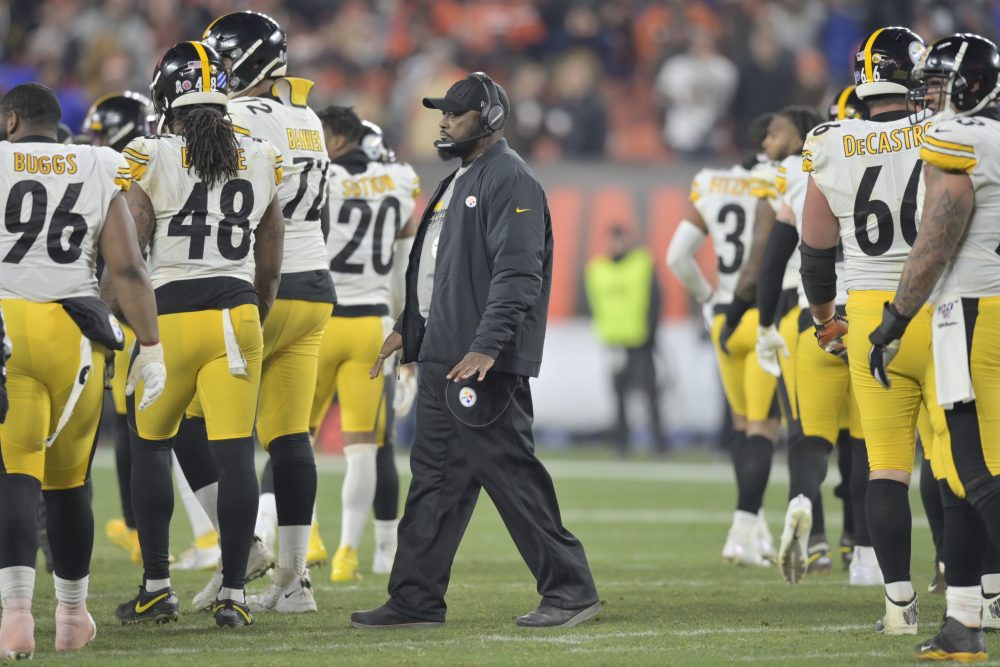 After issuing a statement Saturday backing Rudolph after Browns defensive end Myles Garrett reiterated his claim that Rudolph called him a racial slur during their end-of-game fight Nov. 14, Tomlin took the unusual step of going on ESPN’s “First Take” on Monday morning.

“I just think his reputation needs to be defended and defended aggressively,” Tomlin said.

Garrett told ESPN’s Mina Kimes in an interview last week that Rudolph called him a “stupid N-word” as Garrett took him to the ground. A few seconds later, Garrett hit Rudolph on the top of the head with Rudolph’s helmet that he had pulled off.

Rudolph called the allegation “1000% False” and a “Bold-Faced Lie,” and his agent, Timothy Younger, suggested Rudolph could sue Garrett for defamation.

Tomlin said Monday he was bothered by an ESPN panel discussion Saturday on “Outside the Lines” that he felt dismissed the lack of corroboration to Garrett’s claim.

An NFL spokesman repeated Saturday the league investigated and found no evidence Rudolph used a slur.

“We received word from those guys and we took them at their word that a thorough investigation was done and no evidence was found,” said Tomlin, who called it “laughable” the Steelers organization would suppress evidence or participate in a cover-up. “I’ve got a lot of personal relationships inside that Cleveland Browns organization, both players and coaches, and I didn’t get that information from anyone.”

No Browns player, or coach, was within 5 yards at the time Garrett said the slur was uttered.

Garrett’s claim of a racial slur first became public after he told a league appeals officer during a hearing Nov. 20. His indefinite suspension was upheld and he missed the final six games. He met with Commissioner Roger Goodell on Feb. 10 and was reinstated Wednesday.

Garrett said he told members of the Browns organization of Rudolph’s comment quickly after the incident, including defensive tackle and close friend Larry Ogunjobi in the locker room after they were ejected. Ogunjobi confirmed that to reporters during the season, and Dorsey on Monday in a text message to the Akron Beacon Journal.

Garrett explained to Kimes — a podcast released Monday had more of their interview — why he didn’t tell reporters after the game.