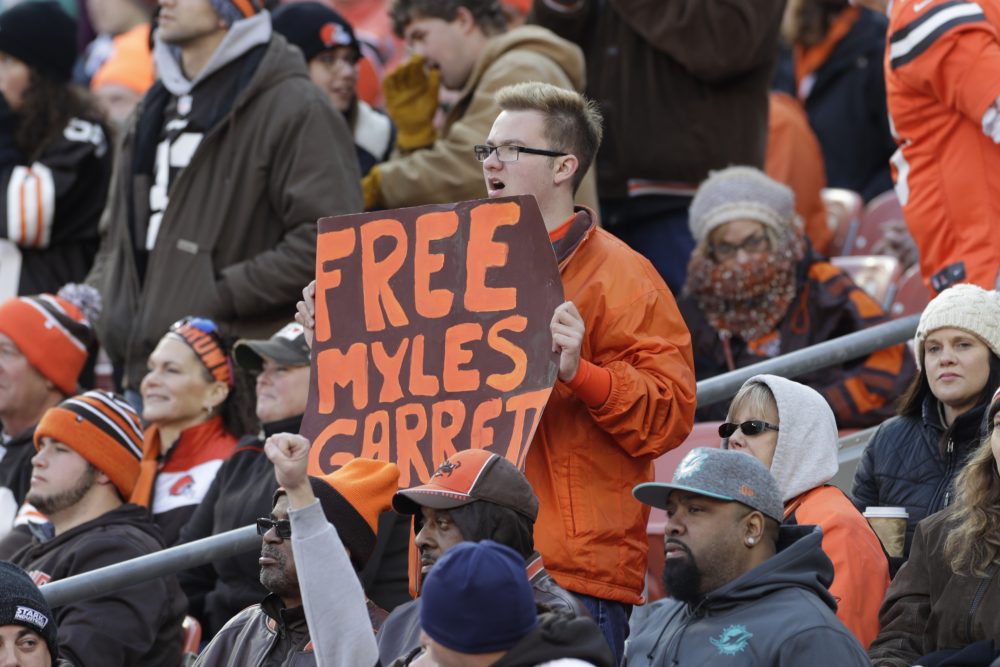 I was out of town last week on vacation.

What did I miss? Was there any Browns news?

The timing seemed right to take some time off. The NFL offseason isn’t much of an offseason — Commissioner Roger Goodell loves his league being in the news year-round — but the second week of February looked like as good a time as any to recharge and reconnect with my understanding wife after a nonstop six-month stretch of training camp, preseason, the regular season, a coaching search and a general manager search.

The Super Bowl had passed, the Browns had made their most important hires and I’d be back for a week before leaving Monday for the scouting combine in Indianapolis, which officially kicks off the march to free agency in March and the draft in April.

I promised my wife, and myself, I’d leave the laptop at home, put down the phone and enjoy paradise.

The vacation was wonderful. It wasn’t guilt-free.

No amount of sun and sand could stop the stream of Browns news from reaching me. Invariably it was there when I’d check my phone, but I limited the “work” to occasional tweeting, sending a few text messages and reading my colleagues’ stories.

Well, I’m back in town and returned to writing Monday with new general manager Andrew Berry’s first roster cuts. Before we meet with coordinators Alex Van Pelt (offense), Joe Woods (defense) and Mike Priefer (special teams) on Wednesday in Berea, I wanted to step back and comment on the biggest stories I “missed.”

Defensive end Myles Garrett was the centerpiece of the Browns news and the NFL discussion.

We knew Garrett was headed for reinstatement after missing the final six games of 2019 on an indefinite suspension, but his meeting with Goodell sealed his return. Garrett’s been consistently remorseful and apologetic since clubbing Steelers quarterback Mason Rudolph over the head with Rudolph’s helmet, and Goodell had no reason to let the punishment linger.

I still believe Garrett. I haven’t always agreed with his comments during his three years with the Browns but I don’t think he’s a malicious or reckless person.

His stance of taking responsibility for losing his cool yet explaining himself by relaying what Rudolph said makes perfect sense to me, and I don’t find it inconsistent at all.

Rudolph has threatened a lawsuit, but I don’t expect him to follow through. That would lessen the focus on the issue, but it’s not going away anytime soon, and I think the Browns organization should fully support Garrett.

When assistant general manager Eliot Wolf, vice president of player personnel Alonzo Highsmith and director of college scouting Steve Malin left the organization after Berry was hired, a vacuum was created at the top of the personnel department. I assumed Berry would hire a right-hand man or two to help prepare for free agency and the draft, but when I asked at his introductory news conference he said plenty of talented individuals remained and he’d wait until after the draft to hire anyone.

He didn’t rule out adding a consultant or two to help in these busy times, and turned to former Colts general manager Ryan Grigson in an advisory role. He’s expected to remain on staff after the draft in a more defined position.

Grigson was GM of the Colts from 2012-16, and Indianapolis made the playoffs in his first three seasons before going 8-8 in each of his last two. Berry got his start in the NFL with the Colts in 2009 and was pro scouting director from 2012-15 before joining the Browns.

Berry helped bring Grigson to the Browns’ front office in May 2017 but he was let go after John Dorsey was hired as GM in December 2018. Grigson consulted for the Seahawks the last two years.

Grigson is an interesting addition. Berry obviously trusts him, and he has a lot of experience making critical decisions in pressure situations. His .605 win percentage and three playoff trips as a GM are impressive, and he drafted quarterback Andrew Luck with the No. 1 overall pick in 2012.

But Grigson was criticized for not building a line that could protect Luck, who was often injured, then retired before the 2019 season. And he traded a first-round pick to the Browns for running back Trent Richardson, who turned into a bust with the Colts.

Grigson’s resume isn’t perfect, but his experience and loyalty will be useful to Berry, who’s the youngest GM in history at 32 years old.

I never understood why Dorsey wasn’t interested in bringing back middle linebacker Joe Schobert, but he seemed content to allow Schobert to leave as a free agent. The Browns don’t have enough good players to let a homegrown one walk away, especially one who wants to stay and is a model worker, teammate and citizen.

Schobert told SiriusXM NFL Radio he had talked to Berry — who was part of the front office when Schobert was drafted in the fourth round in 2016 — and that he’d be reaching out to Schobert’s agent. They will likely meet at the combine to see if they’re close on terms for a contract extension.

While that’s no guarantee Schobert will be re-signed before hitting the open market, the change from Dorsey to Berry provides a chance. And that’s a good thing.

The cuts Monday weren’t a surprise. That’s what happens when there’s a regime change and an underachieving team.

Nickelback TJ Carrie was solid on the field and in the locker room but was due $6.75 million in salary in 2020 and a replacement can be found cheaper. Tight end Demetrius Harris, guard Eric Kush and linebacker Adarius Taylor underachieved in their only year with the Browns.

The more difficult decisions for Berry will involve defensive end Olivier Vernon, linebacker Christian Kirksey and right tackle Chris Hubbard. They are proven starters but due big money in 2020 and haven’t lived up to their contracts.

** Scott Peters was announced as assistant offensive line coach to Bill Callahan. After seven seasons as a guard and center in the NFL, Peters took an interesting path to his first full-time NFL coaching gig.

** Former Cowboys linebackers coach Ben Bloom will be hired as senior defensive assistant, a league source confirmed to The Chronicle-Telegram on Tuesday.