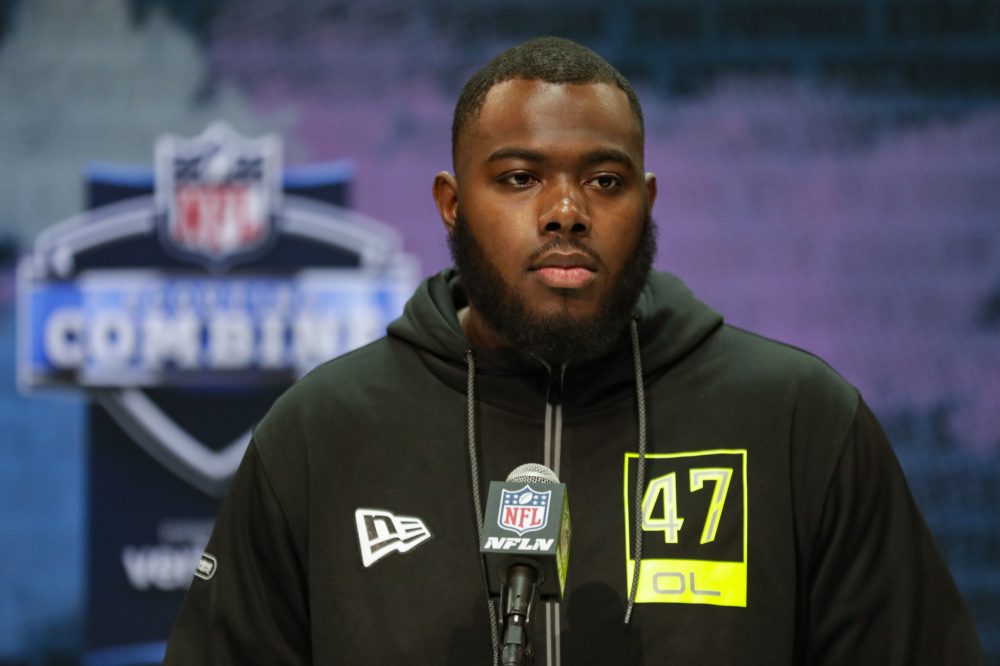 He meant it in a good way, and the concept isn’t outlandish at all.

The Browns are desperate to upgrade the tackle spots and have the No. 10 pick in the April draft. Thomas is one of the best tackles available.

Just like that, Thomas could be leading the way for Chubb once more.

“That’d be crazy,” Thomas said Wednesday at the scouting combine. “Nick, he’s a great guy, he’s always mellow, just like how he is in college. He’s a great running back. It would be a pleasure to block for him again.”

“He’s a very good back and I think it’s just the tip of the iceberg,” Thomas said of Chubb. 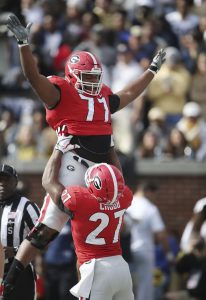 Thomas (6-foot-5 1/8, 315 pounds, 36 1/8-inch arms) spent the early part of his Bulldogs career at right tackle before moving to the left side. He said he prefers playing left tackle.

If the Browns picked him and put him there, he’d be expected to fill the role that Joe Thomas held down at a Pro Bowl level from 2007 until his triceps ruptured in 2017. The Browns haven’t drafted an offensive lineman in the top 10 since Thomas but need a cornerstone at left tackle after two years of inconsistency from Desmond Harrison and Greg Robinson.

“Following in the footsteps of a great like that, it’ll be a great opportunity,” Andrew Thomas said of Joe. “He’s a Hall of Famer, it’ll be very hard to fill those footsteps, but all I can do is work and try to learn the system and learn from the older guys and do what I can to be the best player I can be.”

The Browns need help at both tackle spots, and all the top prospects said they had gone through formal interviews with the team at the combine. Veteran line coach Bill Callahan broke down their technique by watching game film.

“They show good plays, they ask you to explain it, then they’ll show a play that you might’ve messed up and they’ll ask you basically what you should do to fix it,” Thomas said.

He said it wasn’t difficult to be forced to relive his struggles.

“When I watch film myself I really don’t look at the good plays like that, I like to watch the plays that I messed up in and figure out what I need to do to get better,” he said.

New Browns coach Kevin Stefanski plans to install the wide zone blocking scheme, which demands the linemen be athletic and able to move in space. Thomas said the Bulldogs ran plenty of outside zone and he’s a fit.

“Using your athleticism to reach guys and get up to the next level is just something that can be used in the NFL,” he said.

In the scenario that lands Thomas in Cleveland, when he’s not blocking for Chubb he would be protecting Baker Mayfield.

Kevin Stefanski says he could wait until after preseason to decide who will call plays, wants to see coordinator Alex Van Pelt in action
Oklahoma to unveil Baker Mayfield Heisman Trophy statue April 18 at spring game