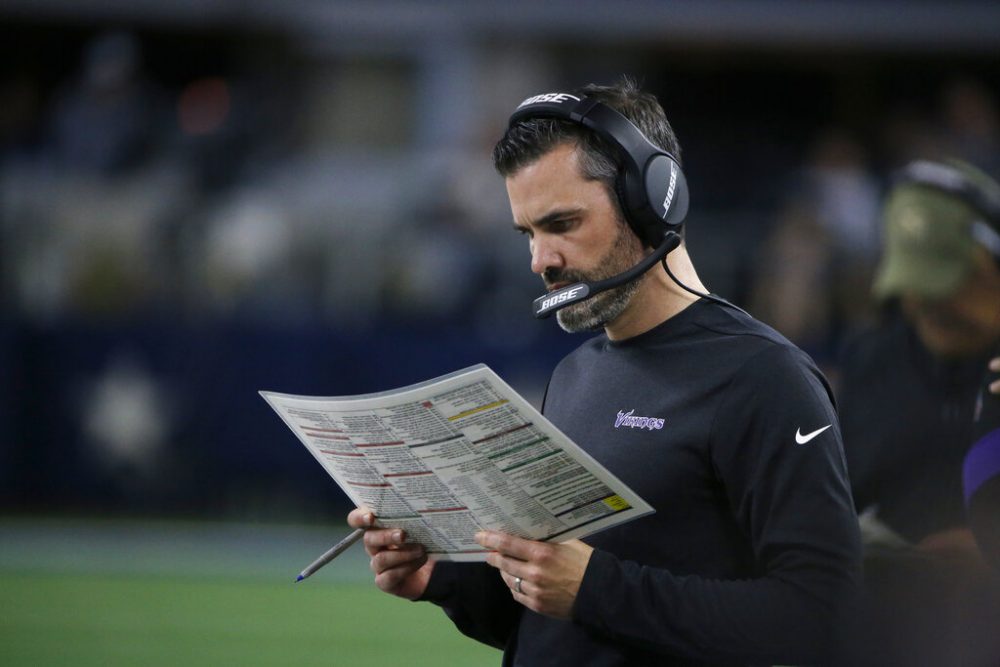 As the players came out of the huddle, neither the fans, nor the team’s head coach, or anyone on the sideline, had any idea what play the team was going to run.

The 1967 NFL Championship Game was played between Green Bay and Dallas at Green Bay’s Lambeau Field. It became known as the Ice Bowl, because the gametime temperature was 15 degrees below zero, with a wind chill of minus-48 degrees.

With 13 seconds left in the game and Dallas leading 17-14, the Packers had the ball at the Cowboys’ 1-yard line. Quarterback Bart Starr called timeout to confer with coach Vince Lombardi, who, according to legend, told Starr, “Call whatever you want, and let’s get the hell out of here.”

Starr ran back to the huddle and called a quarterback sneak, it worked, and the Packers got the hell out of there — carrying the championship trophy.

Imagine a coach today telling his quarterback to call whatever plays he wants. Imagine NFL coaches today not having any idea what play their quarterback was calling in the huddle.

Imagine, for that matter, no offensive coordinator.

In 1988 Art Modell fired coach Marty Schottenheimer because Schottenheimer wouldn’t hire an offense coordinator. Schottenheimer was his own offensive coordinator, and it seemed to work pretty well: in each of the two previous seasons, the Browns made it to the AFC Championship game, losing both in excruciating fashion.

For the next season, Modell wanted Schottenheimer to hire an offensive coordinator. Schottenheimer, knowing he’d be fired if he didn’t, didn’t — and was fired.

Offensive coordinators came into the NFL roughly about the same time that head coaches decided it might not be a bad idea to know what play their teams were going to run before they actually, you know, ran it.

That, the genealogy of NFL coaching ancestry tells us, is when offensive coordinators first waded ashore, walking upright, and began calling plays for the teams that hired them.

That worked for a while, but eventually some head coaches decided to eliminate the middle man and simply call the plays themselves. It was bold. It was daring. One person coaching the whole team AND calling the offensive plays? (Cue the ominous background music.)

Sometimes it worked, and sometimes the coach was Freddie Kitchens.

Operating on the premise that if you’ve seen one draw play on fourth-and-9, you’ve seen too many, and might even — egads! — see more, a certain coach was quietly asked to leave after the Browns’ final game last season.

Which brings us to Kevin Stefanski, the Browns’ latest new coach, who, if you believe ownership (your punchline here), is a sort of football renaissance man, capable of renaissancing the Browns back into the relevancy party they were supposed to have crashed last year.

Stefanski, who was born 15 years after the Ice Bowl, comes to the Browns after one — count ‘em, one! — full season as the offensive coordinator of the Minnesota Vikings, who last season achieved that which Browns fans can only experience through stories told by the town elders: the playoffs.

Operating on the premise that it takes one to hire one, Stefanski hired as his offensive coordinator Alex Van Pelt, who has more names than the Browns had victories in 2016 and 2017 combined.

Conventional wisdom, two words which have rarely darkened the Browns’ door, says that only one of these two men can call the Browns’ plays. Since Stefanski is the boss, it’s his call on who does the calling.

For now, Stefanski is tabling that decision. He told reporters at the NFL combine that Van Pelt, who hasn’t been a play caller since 2009 with the Buffalo Bills, will call ’em as he sees ’em during the Browns preseason games, after which Stefanski will decide which of the two will call the plays in the regular season.

That makes sense, but Browns fans get a little jumpy whenever the subject of play calling comes up. Let’s be kind and say it wasn’t exactly Kitchens’ strength, perhaps because he was also trying to coach the team at the same time.

Play calling is important because in today’s NFL points can’t be scored until a play is called. The right play.

“Calling plays is exciting. It’s not fun,” Stefanski told reporters at the combine. “When you’re done calling plays you sink into the couch.”

Which is what Browns fans do after watching the plays called.