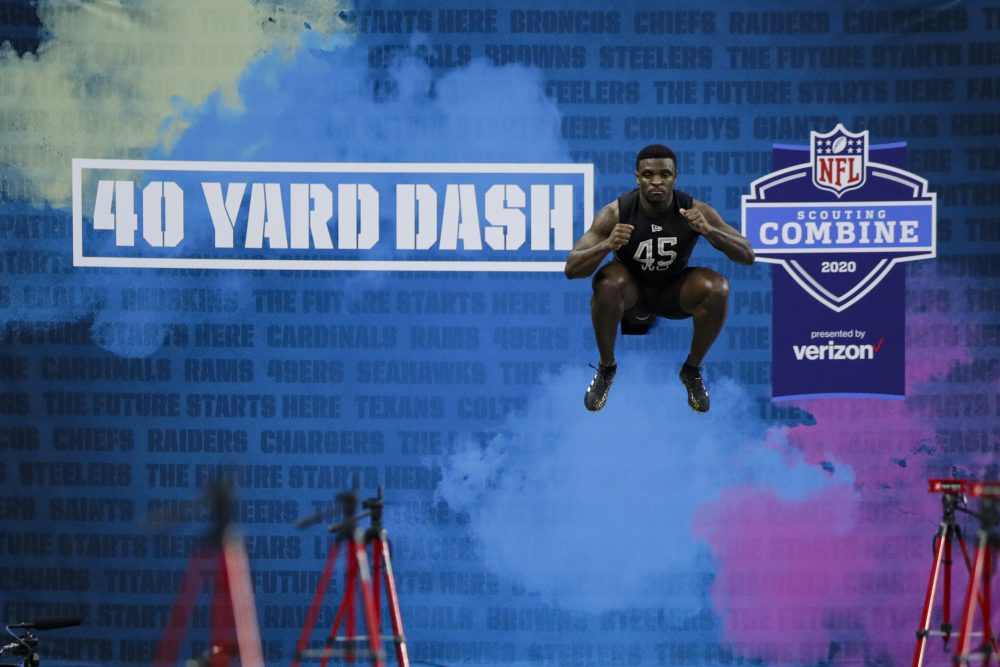 BENCHING FOR DOLLARS: Baylor defensive end James Lynch and five teammates are among the players using combine testing to raise money for the rare disease community. His focus is the bench press, and if he gets 20 reps at 225 pounds, he’ll reach his pledge goal.

AT THE MOVIES: Houston left tackle Josh Jones loves a night in front of the big screen, calling going to the movies one of his favorite hobbies.

“I want the whole experience,” he said.

He saw “The Gentlemen” over the weekend and liked it and named “Inception” as his all-time favorite. He wants Denzel Washington to play him in a biopic.

MUSIC TO HIS EARS: Georgia left tackle Andrew Thomas played the drums in high school and took up piano in college. He would wear his jersey to the pep rallies in high school to perform in the band, then go play in the game.

“Yeah, every time I say that they get interested, so I think that’s a good thing outside of football that I do,” he said.

QUOTE OF THE DAY: “You see this scar here, my brother actually threw a log and it hit my forehead. Used to build a lot of forts in the woods, and I think it was like my special log and he stole it from me. I was trying to get it back, he just chucked it at me.” — Michigan State defensive lineman Kenny Willekes, who said his dad, a doctor, stitched him up at home.