Analysis: Aggressive Andrew Berry gets an A for 1st day of free agency, now must finish job by fixing defense 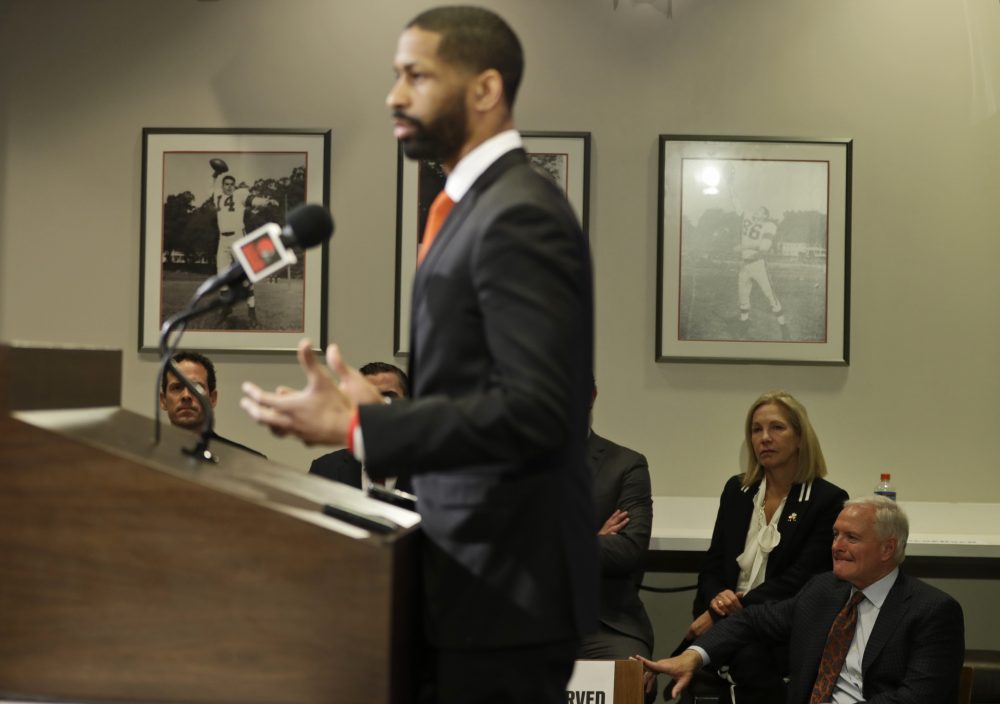 The Browns took a breather Tuesday.

General manager Andrew Berry no doubt stayed busy, working the phones and plotting his next move, but the Browns didn’t make any headlines (agreeing to trade for a fullback doesn’t count). Those mostly belonged to the quarterbacks around the league, starting with the greatest of all time leaving the Patriots after 20 years.

The break in Berea was useful. It allowed everyone to process Berry’s impressive debut Monday.

As a first-time GM, not to mention the youngest in the history of the NFL at 32 years old, Berry didn’t waste his first opportunity to significantly improve the roster. He attacked the free agent market.

The moves reverberated in Cleveland and across the league. An offense already loaded with playmakers — Odell Beckham Jr., Jarvis Landry, Nick Chubb and Kareem Hunt — got deeper and more diverse with Hooper and tougher with Conklin. Keenum is a strong backup to pair with Baker Mayfield.

None of the additions are perfect players. But they’re clear upgrades at key positions.

That’s what free agency is for.

Berry starts fast in free agency with focus on offense

At 25, Conklin and Hooper should be entering their prime, with their best yet to come. And the contracts, while rich, aren’t outlandish, with Berry being smart in frontloading them to provide flexibility as the team’s young stars begin to come up for salary cap-sapping extensions.

Free agency is a dangerous game. The money is huge, and too many times teams feel great about what they do in March, only to be let down when September arrives.

But like his predecessors, Berry inherited too many holes to just wait for the draft. And unlike those who came before him, Berry took over a roster with big-time stars and the expectations that follow.

Owner Jimmy Haslam drove home that point when he repeatedly said after the latest regime change that the team was close to contending and no rebuild was necessary. Berry got the message.

With two degrees from Harvard, comprehension was never a question with Berry. Whether he could close a deal was. That’s always an unknown with a new GM, and Berry answered with authority Monday.

He knows it was only a start.

Yes, the offense is loaded with skill players, but media and fans were saying the same thing last year after the trade for Beckham. In Berry’s favor, the tight end group is better this time and Hunt should be around for a full season.

But the offensive line and defense require serious work.

A left tackle can be found in a deep draft. The reinforcements at safety and linebacker need to come now.

Berry should start with safety.

Whether it’s trading for Minnesota’s Anthony Harris — the Vikings used the franchise tag but reportedly are willing to deal him — or signing Malcolm Jenkins, Ha Ha Clinton-Dix, Vonn Bell or Karl Joseph, Berry needs someone with experience who can help control the backend and bring along whoever comes in the draft.

Berry’s start gave fans confidence. He must reward them by finishing the week strong and carrying that momentum into the even more important draft.

Analysis: NFL goes ahead with free agency as planned, so Browns GM Andrew Berry has a lot of work to do this week
Commentary: For the Browns, there hasn’t been much difference between backup and starting quarterbacks