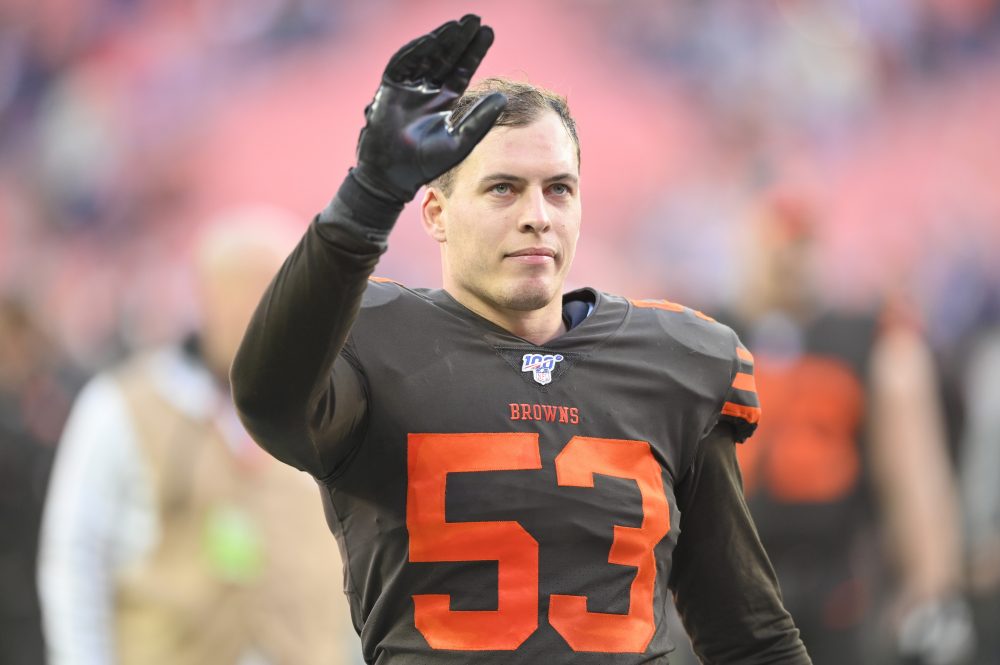 The Browns need a new man for the middle of the defense.

Middle linebacker Joe Schobert agreed to a five-year, $53.75 million deal with the Jaguars on Tuesday. The Bengals were also in pursuit, but Schobert chose to play in Florida.

The NFL’s free agent negotiating period began Monday at noon, and contracts can be officially signed Wednesday at 4 p.m.

Schobert, 26, was a fourth-round pick of the Browns out of Wisconsin in 2016 and developed into the on-field director of the defense. He was a starter for the last three years, but the Browns chose not to pay what he was going to get on the open market despite him wanting to stay.

“It’s just a business,” Schobert told the Akron Beacon Journal on Tuesday. “Obviously Cleveland wasn’t willing to go higher than — it was reported at the combine — like $8 million or something. So once it was obvious that teams were willing to go higher, it was like, ‘OK. We’re going to be moving on.’

“I have no bad feelings, no animosity toward Cleveland or the Browns. I really hope that they’re successful here in the near future ’cause I think that would be good for football. They’ve got a lot of guys in the building who are bent on achieving that goal. Just unfortunately I won’t be there, but from my perspective, I don’t leave on bad terms at all.”

Schobert began his career as an outside linebacker in the 3-4 scheme but lost weight and became a fit in the middle when the Browns switched to the 4-3 under coordinator Gregg Williams. He made the Pro Bowl after the 2017 season following the change, tying for the NFL lead with 144 tackles and being one of three defenders in the league to play every snap.

He was the NFL’s only player with 120 tackles, two sacks, four interceptions and two forced fumbles.

Schobert and wife Megan had their first child, Simon, on Friday.

Coach Kevin Stefanski can’t live without a fullback, and he got another one Tuesday.

The Browns agreed to trade for Broncos fullback Andy Janovich, a league source confirmed to The Chronicle-Telegram. The Browns will give up a seventh-round pick in 2021, as Andrew Berry executed his first trade as a general manager.

The deal can’t be official until the league year starts Wednesday.

Janovich, 26, was a sixth-round pick of the Broncos out of the University of Nebraska in 2016. He started 19 of 50 games for Denver, catching 22 passes for 233 yards and a touchdown and rushing 13 times for 51 yards and three scores.

He signed a three-year, $5.7 million extension before last season. He injured a pectoral in the preseason and missed three games, played seven, then went on injured reserve with an elbow injury.

Stefanski said immediately upon being hired in January that he needs a fullback, something the Browns didn’t have in 2019 under coach Freddie Kitchens. The Browns in January signed Johnny Stanton, who spent time on Minnesota’s practice squad with Stefanski as coordinator.

The Vikings prevented the Browns and everyone else from signing safety Anthony Harris as a free agent by applying the franchise tag Monday. It looks like the Vikings were trying to maximize their leverage.

NFL Network reported the Vikings are willing to deal Harris for a mid- or late-round draft pick. Cleveland.com reported the Browns explored a deal but they would have to give up at least a third-round pick, according to a source.

For good reason, the Browns were linked to Harris as free agency approached. They are desperate for safeties, Harris led the league with six interceptions last season and he has experience with Stefanski and pass game coordinator/defensive backs coach Jeff Howard from their time with the Vikings.