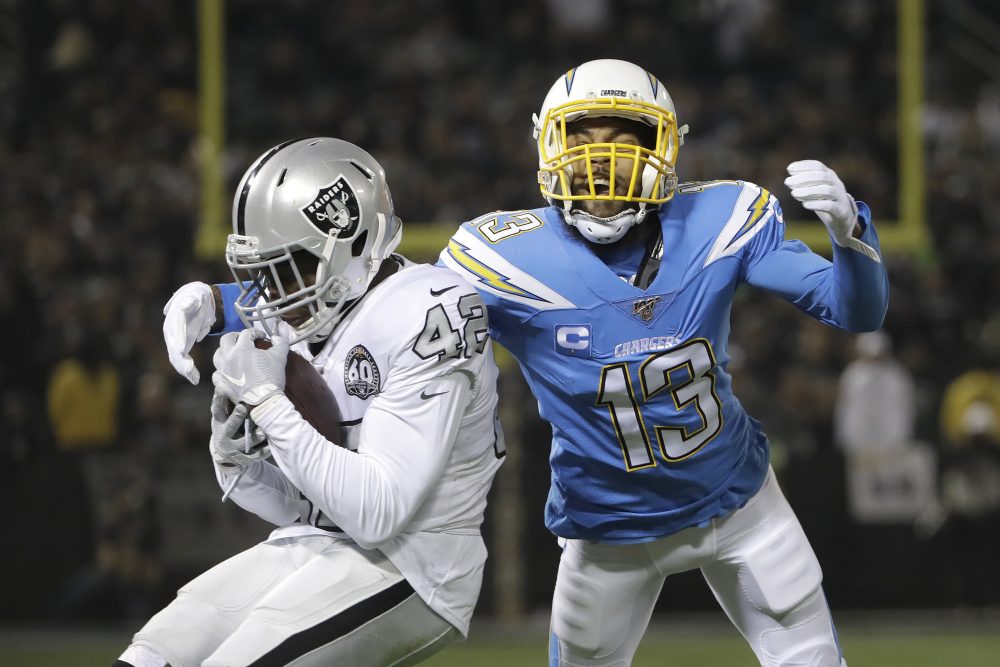 The defense got his attention Wednesday in free agency.

Berry began to address the alarming vacancies in the backend, as the Browns agreed to terms on one-year contracts with safety Karl Joseph and linebacker B.J. Goodson, a league source confirmed to The Chronicle-Telegram.

Joseph, 26, was drafted No. 14 by the Raiders in 2016 out of West Virginia University. He started 41 of 49 games, but the Raiders didn’t pick up the fifth-year option on his rookie contract before 2019, then he was placed on injured reserve in November with a foot injury.

His compiled most of his career stats in 2018, when he played 47 percent of the snaps and totaled 61 tackles, four tackles for loss, two interceptions, four passes defensed, three quarterbacks hits, a half-sack and a fumble recovery.

The league year officially started Wednesday at 4 p.m. Normally the Browns would’ve announced the deals from Monday, as well as the Tuesday trade for Broncos fullback Andy Janovich. But with the NFL forbidding travel to teams’ facilities because of the coronavirus pandemic, physicals must be done at remote sites and the teams were instructed to wait to announce the moves until the physicals are passed and they become official.

The shift of focus to the defense was necessary. Berry inherited issues at safety, then created a huge need at linebacker.

The only two safeties on the Browns’ roster are second-year players Sheldrick Redwine (fourth-round pick) and J.T. Hassell (undrafted). Damarious Randall, Eric Murray and Juston Burris are free agents, and Morgan Burnett was cut Monday after his Achilles tendon ruptured Nov. 14. Randall and Burnett were the primary starters last year, with Murray seeing substantial playing time before a knee injury.

Murray agreed to a three-year deal worth up to $20.25 million with the Texans on Monday, and Burris agreed to a two-year, $8 million contract with the Panthers.

Joseph is a big hitter but has only four interceptions and eight total takeaways in four seasons. He’s the presumed starter at one spot, and the Browns will likely need to acquire another starting safety through free agency, a trade or the draft.

The middle of the defense lost two key pieces when middle linebacker Joe Schobert was allowed to become a free agent and outside linebacker Christian Kirksey was cut last week after two injury-plagued seasons. Schobert agreed to a five-year, $53.75 million deal with the Jaguars on Tuesday, and Kirksey agreed to a two-year, $16 million deal with the Packers on Monday.

Goodson doesn’t have the resume of Schobert or Kirksey but he has some experience and can play middle linebacker. Goodson, who was taken off the field by the Giants and Packers in many passing situations, and second-year players Mack Wilson (fifth-round pick) and Sione Takitaki (third round) are the top three linebackers on the depth chart right now.

** Quarterback Baker Mayfield was shown throwing to receivers in a short video posted on Instagram by Lions receiver Danny Amendola.

** If the Browns are looking for competition at right guard, Josh Kline could get consideration. He was cut by the Vikings after starting 13 games last year when new Browns coach Kevin Stefanski was offensive coordinator.

Wyatt Teller started the final nine games for the Browns in 2019.