Notes: Case Keenum raves about Kevin Stefanski, excited to be with him in his first time as head coach 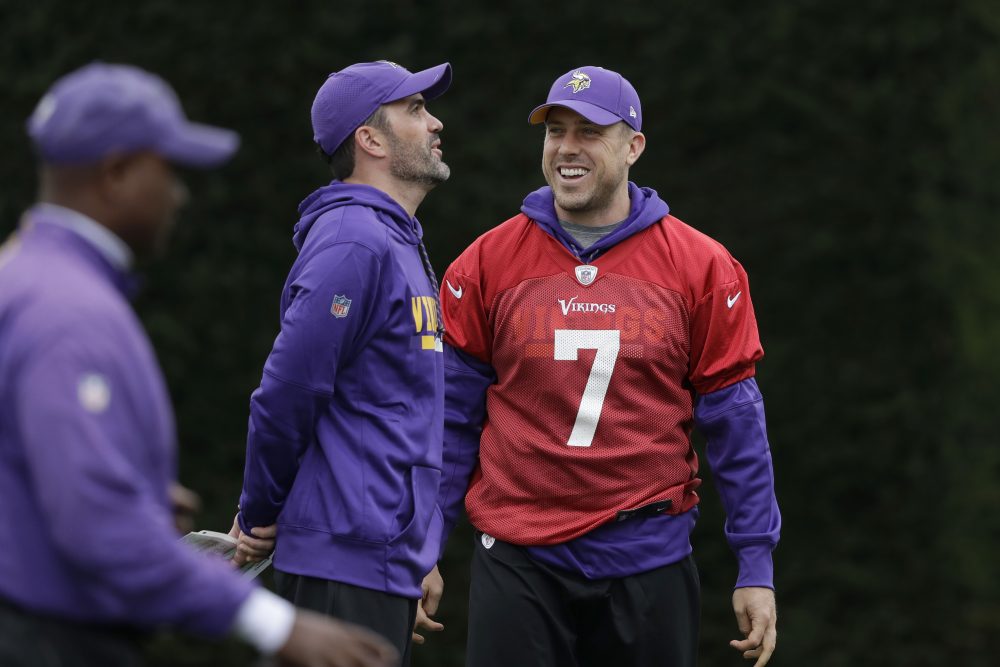 Familiarity brought admiration and the desire for a reunion between Browns coach Kevin Stefanski and backup quarterback Case Keenum.

They spent 2017 together with the Minnesota Vikings, with Keenum as the starter and Stefanski the quarterbacks coach. Keenum agreed to a three-year, $18 million deal with the Browns last week and it became official Tuesday after he passed a physical.

“Coach Stefanski, I can’t say enough good things about him. I love him to death. Great friend, his family is incredible,” Keenum said in the news release announcing the move. “I’m really, really excited he’s got an opportunity to go and lead an organization as great as the Cleveland Browns. It will be his first shot as a head coach and I’m excited to be a part of what he’s going to build there.”

Keenum’s first season was 2012 with Houston and his best season was 2017. He started 14 games as the Vikings won the NFC North and reached the conference championship game.


He completed a career-best 67.6 percent of his passes for 3,547 yards, 22 touchdowns and seven interceptions. The Vikings beat the Saints in the divisional round of the playoffs on Keenum’s 61-yard touchdown pass to Stefon Diggs as time expired.

Keenum will back up Baker Mayfield with the Browns.

“Case has been a backup in this league, he’s been a starter in this league. He understands as a backup how it’s your job to support the starter and be ready to play in a moment’s notice,” Stefanski said. “Bottom line is we’re adding a really smart, tough football player in that room.”

Keenum, 32, has been in touch with Mayfield.

“Baker reached out as soon as the news broke, which really meant a lot to me,” he said. “I’ve got a lot of respect for him for what he’s done on the field and off the field, too.

“First and foremost, I know my role coming in. That’s another great positive for me. I’m going to be ready to play. I feel like I’ve played at a high level for the last three years.”

Keenum, who’s made 62 starts, spent last year with Washington. He went 1-7 as the starter and was benched but completed 64.8 percent with 1,707 yards, 11 touchdowns and five interceptions. The Browns are Keenum’s fourth team in four seasons.

“I think Case is somebody that’s seen it all and been through it all in his time as an NFL quarterback,” Stefanski said. “I think the experiences he brings can be great for our team as a whole.”

Natson (5-7, 153) finished his college career at the University of Akron after transferring from Utah State.

He spent the last two years returning kicks for the Rams after a year with the Jets. He has a 7.7-yard career average on punt returns and a 20.6 average on kickoffs.

Olumba is officially in his first season out of Portland State. He was undrafted and spent most of the past two seasons on Dallas’ practice squad.