Case Keenum promises to be ready if needed but says he’s comfortable as backup and adviser to Baker Mayfield, excited to put down roots with Browns 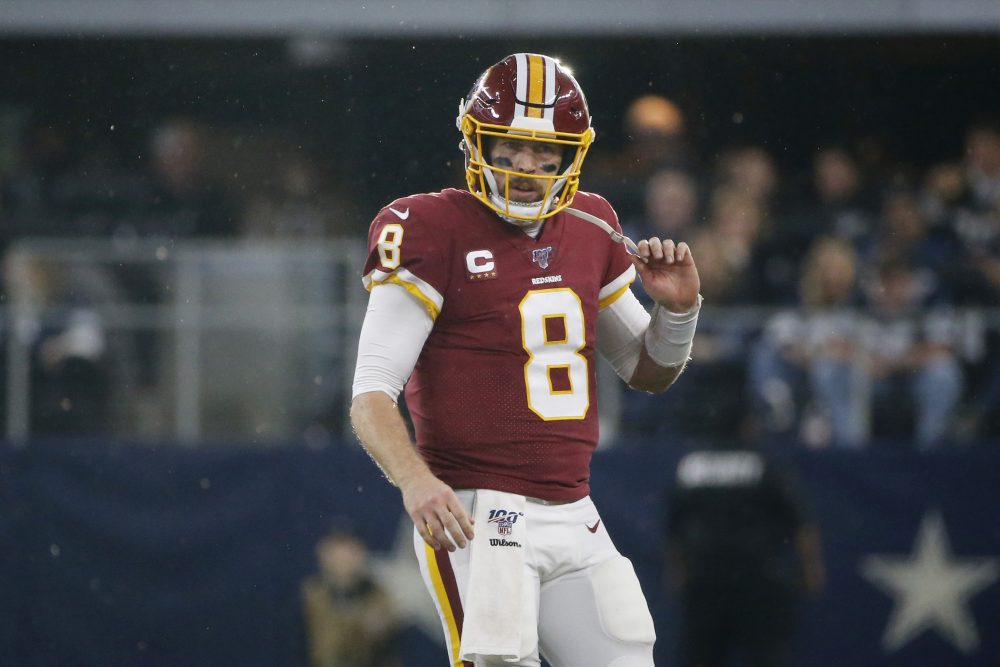 Case Keenum, 32, believes he’s played his best football lately and can still be a winning quarterback in the NFL.

“Heck yeah,” he said Wednesday on a conference call. “I feel I have played at a high level over the last few years.”

He said his top priority is to “be ready to play.”

“If Baker’s shoelace comes untied and he needs to maybe go get a drink of Gatorade at the water station, I am going to be ready to go,” Keenum said. “If I need to take a few snaps, I am going to handle myself well and I know that I can. That is my main job.”

But make no mistake, Keenum, who’s started 64 games in eight NFL seasons, knows exactly where he stands on the Browns’ depth chart and is comfortable serving as the backup and adviser to Baker Mayfield.

“I have come into situations where there is a competition, and I know this is not one,” said Keenum, who signed a three-year, $18 million deal Tuesday after reaching agreement last week. “I am excited to know my role and to know there is no uncertainty in the quarterback room. That is a place where we are solidified. We are one voice.”

He said the quarterback market was different this free agency with Tom Brady and Philip Rivers among those available.

“There was quite a bit of quarterback musical chairs this year,” Keenum said. “We knew finding a situation where there was an attractive backup job was going to be kind of our priority, and we did that with the Browns. It worked out perfectly that the Browns were looking at me and we had the Browns highlighted, as well.”

Keenum spoke from his home in Houston and gave glimpses of a personality coach Kevin Stefanski knows well from their year together with the Vikings in 2017. Keenum joked about how it’s “#oldnews” but he and Stefanski still joke about “Game of Thrones,” he looks like Uncle Rico from “Napoleon Dynamite” as he throws by himself during isolation in the coronavirus pandemic and he wished the conference call were a video chat so he could see everyone’s “bed head.”

He’s using the sense of humor as he adapts to the unique circumstances, which include not throwing as much as he normally would in the offseason and training on his own.

“I am about to go do a little workout with my wife here in our pool, a little pool aerobics,” he said.

One of Stefanski’s priorities is getting Mayfield back on track following a regression in Year 2 when he ranked 31st in the league with 21 interceptions, a 59.4 completion percentage and 78.8 passer rating. The plan included changing the dynamic on the coaching staff — Alex Van Pelt will be coordinator and quarterbacks coach — and in the quarterback room.

Keenum said Mayfield was one of the first people to text him when news broke he was joining the Browns.

“I know this league is an evolving door in some ways and a lot of ways,” Keenum said. “He has had it tough. He has gone through two or three offensive coordinators by now and two or three offenses in as many years. It is not that easy. He is finding that out.

“I have been in about eight or nine offenses in eight or nine years. I understand. I know how that goes. I am excited to help him navigate that and give my 2 cents wherever it might be needed. He is a good player. He could do just fine without me, and he has.”

Keenum was undrafted out of the University of Houston, signed with the Texans and played sporadically, including in a stint with the Rams. He joined the Vikings in 2017 — Stefanski was the quarterbacks coach — and replaced Sam Bradford early in the year. Keenum had his best season, going 11-3 as a starter, completing 67.6 percent with 22 touchdowns and seven interceptions and leading the Vikings to the NFC championship game.

“I have been kind of all over the place so I know a lot of different situations, and nothing really surprises me,” Keenum said. “I do not get fazed by a whole lot. I am going to keep plugging and keep moving along. I know this league needs quarterbacks who can play, and that is what I can do.”

He described Stefanski as “very detailed, very organized and really, really prepared” and is excited to work with him as a head coach. In addition to knowing many of the assistant coaches, Keenum has experience in the offensive system Stefanski will install. Gary Kubiak coached Keenum with the Texans and heavily influenced Stefanski’s scheme last year when Stefanski was coordinator and play caller with the Vikings.

“That was really my first taste of NFL ball was Coach Kubiak and him just grinding me on reads and footwork, and just where my eyes were,” Keenum said. “He coached me hard for my first 2½ years in this league. It really laid a foundation for me and for my career.”

After five teams in eight years, including four in the last four, Keenum is grateful for a contract that should keep him in Cleveland for at least the next two years.

“I’m definitely excited. It will be nice not to get used to moving again,” he said. “That was one of the things we looked at with our agent. We said, ‘Hey, where can we put down some roots and make this thing a little more permanent? Not just see all of this hard work we put into a team …’

“To be able to have it in one place and be a part of something that they are building and doing here for more than one year, I am truly excited. My wife is really excited. I can’t wait.”

Jack Conklin wants to get Nick Chubb the rushing title he nearly had in 2019 while bringing winning culture to Browns
Notes: Andrew Billings has learned to appreciate every snap, is eager to join Cleveland’s defensive line