Notes: Andrew Billings has learned to appreciate every snap, is eager to join Cleveland’s defensive line 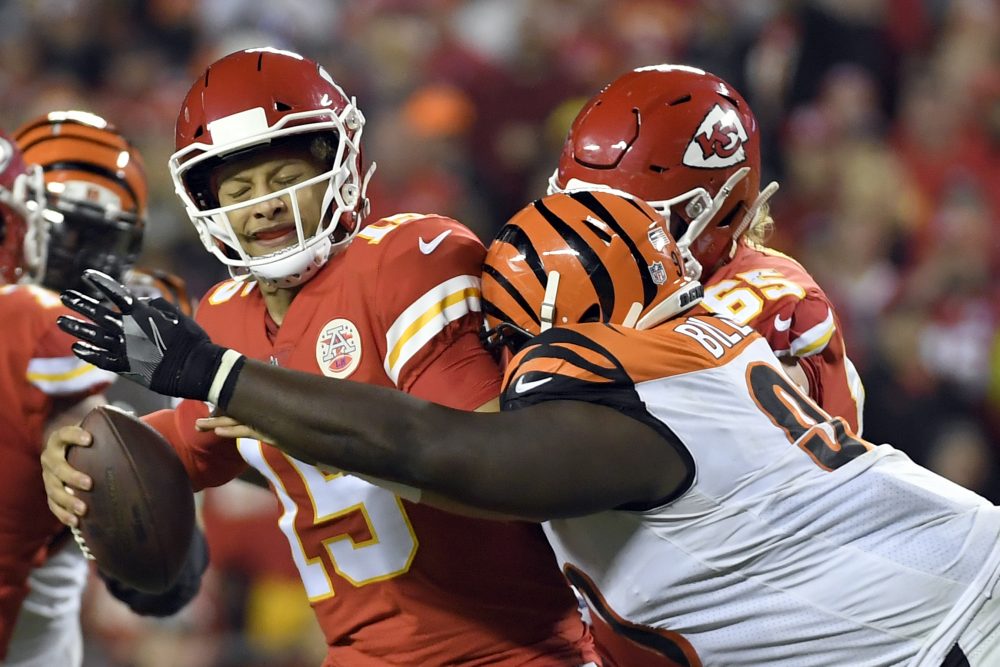 Andrew Billings’ rookie season never got started. After being drafted by the Bengals in the fourth round out of Baylor in 2016, the 6-foot-1, 328-pound defensive tackle suffered a meniscus tear early in training camp and was placed on injured reserve.

Billings has played three seasons since, including the last two as a starter, but he still reflects on his season that wasn’t.

“It is a perspective of getting hurt, you definitely do not want to take anything for granted,” he said Friday on a conference call. “Also, you have to remember I am playing a game for a living. It is always a blessing to do what you love. I do not take any game for granted or snap for granted.”

Billings, who turned 25 on March 6, signed a one-year, $3.5 million deal with the Browns on Thursday after agreeing to it last week. He believes his best is yet to come.

“The next step is definitely developing myself,” he said. “After my rookie year, the step was to actually make the team and the next year was to actually start. Now I think the step for me is learning more about developing myself into more of a complete player and a lot of off-the-field things, as well. Just improving on things I want to improve on every year — studying, watching my film and just really being a good teammate out there.”

After starting 30 of 32 games the last two seasons and compiling 67 tackles, 3.5 sacks, 12 tackles for loss and 11 quarterback hits, he’s expected to work into a rotation in the interior with Sheldon Richardson and Larry Ogunjobi. Billings trained with Ogunjobi during the offseason when they joined Geno Atkins, Cincinnati’s eight-time Pro Bowl defensive tackle.

“They are good guys, athletic guys,” Billings said of Richardson and Ogunjobi. “I hope to get in there and start learning stuff and growing together.”

Billings said he talked to the new coaching staff, led by Kevin Stefanski and coordinator Joe Woods, and called the Browns a “great opportunity.” He isn’t taking a specific role for granted.

“From the jump Day 1, I think everything is going to be earned,” he said. “You have to earn your way into the rotation. Just because they sign you doesn’t mean you are going to get to play, and can earn my way up to that rotation.”

Billings, who was called college football’s strongest player by NFL.com as a senior, liked the staff’s message about what he’d be asked to do.

“I feel great about that,” Billings said. “To go out there and play with those guys, it is always a good place to be surrounded by good people, good talent and people to learn from. I feel it will be a great opportunity for me. I am just going to try to soak up as much as I can.”

Billings is familiar with the Browns after facing them twice a year inside the AFC North. He sees a team trending in the right direction.

“They do a really good job of putting some pieces together on offense,” he said. “I have more of an impression of the offense than the defense, though, at this point, but I definitely see the potential and I see where they are going.”

The signing of safety Andrew Sendejo, a 10-year veteran, became official after he passed a physical.

The Browns also agreed to a deal with safety Karl Joseph, but the signing hasn’t become official.

Garrett will team with Cleveland Hope Exchange and area businesses Saturday to provide more than 24,000 pounds of food and other resources in Cleveland’s Clark-Fulton neighborhood.

Residents of the neighborhood can drive or walk through to pick up fresh produce, dry food, canned goods, hygiene kits and more.

Case Keenum promises to be ready if needed but says he’s comfortable as backup and adviser to Baker Mayfield, excited to put down roots with Browns
How expanded playoffs would’ve changed things in NFL, including for 2007 Browns