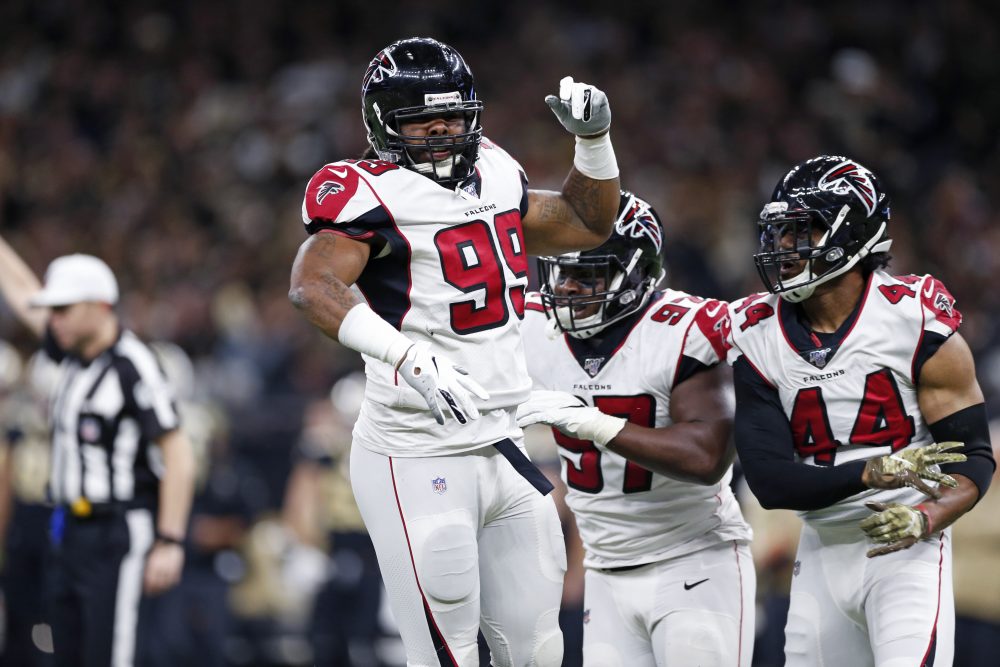 The deal is reportedly worth $6 million with a chance to reach $7 million. It won’t be official until he passes a physical.

Clayborn, 31, was the No. 20 pick in the 2011 draft out of the University of Iowa. He’s spent four years with Tampa Bay, four years with Atlanta and one with New England.

He returned to the Falcons last season, starting one of 15 games with four sacks, seven quarterback hits, two forced fumbles and 18 tackles.

Clayborn (6-foot-3, 280 pounds) is expected to join a rotation at end with Myles Garrett, Olivier Vernon and Chad Thomas. The signing isn’t expected to affect Vernon, who’s due a $15 million salary in 2020 and could be cut if the Browns find a replacement for the starting lineup.

“Excited to join the dawg pound!!” Clayborn tweeted. “Nothing but hard work on the way!”

Excited to join the dawg pound!! Nothing but hard work on the way! https://t.co/fw0wBenP7x

Billings has learned to appreciate every snap

He won a Super Bowl with the Patriots after the 2018 season.

NFL planning for season to begin on time, likely to release schedule May 9
Notes: Denzel Ward to pay biggest monthly bill for 21 people out of work because of coronavirus pandemic