NFL planning for season to begin on time, likely to release schedule May 9 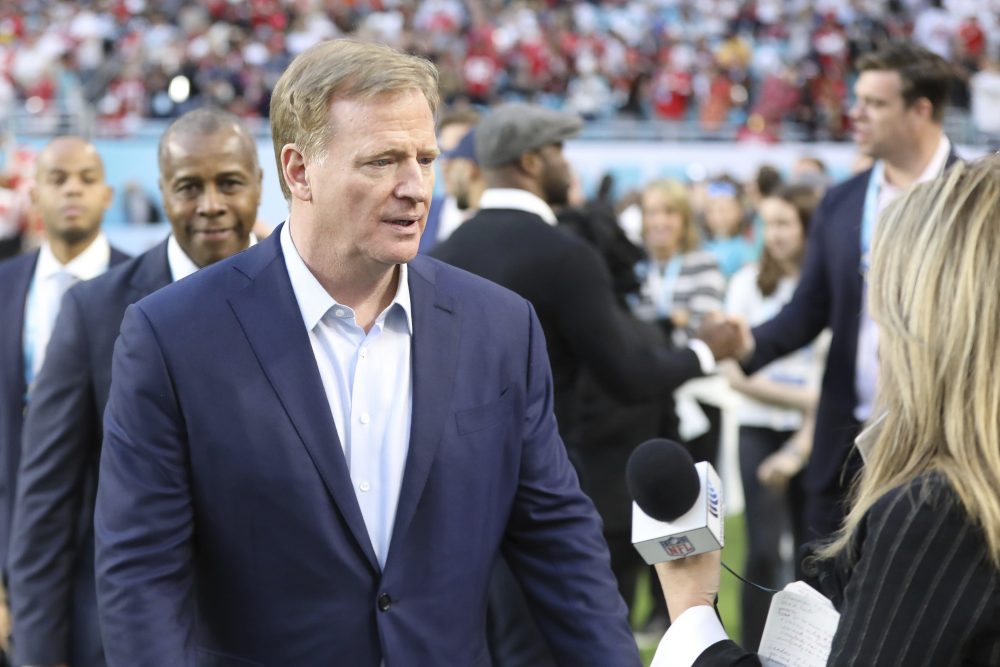 The NFL is gearing up for a normal season and playoffs — with two additional wild-card teams in the Super Bowl chase.

NFL team owners voted Tuesday to expand the playoffs by one team in each conference for a total of 14 next season as they continue to plan for the 2020 season to begin on time.

During a conference call to discuss league business after the annual meetings were canceled due to the new coronavirus, the owners also awarded one of those extra games to CBS and one to NBC. Three-fourths of the 32 owners needed to approve the change, and the vote was unanimous, football operations chief Troy Vincent said.

As for opening the season on Sept. 10 as scheduled, NFL lead counsel Jeff Pash said: “All of our focus has been on a normal traditional season, starting on time, playing before fans in our regular stadiums and going through our full 16-game regular season and a full playoffs.”

That would include the two stadiums still under construction in Las Vegas and Los Angeles, plus international games in England and Mexico.

“I expect that international games will be part of our schedule for this year,” Pash added. “We’re optimistic just as we expect conditions in the United States to permit playing a full season that that will be the case for our international partners, as well. Obviously, that’s something that we’ll have to work closely with the authorities, public health and other government authorities in those other countries to make sure it’s entirely safe.”

Contingencies are being discussed for all potential interruptions caused by the coronavirus.

As for the first expansion of the postseason field since 1990, when the NFL went from 10 qualifiers to 12, only the teams with the best record in the AFC and NFC will get a bye under the new format; the top two teams in each conference skipped wild-card weekend in the past. The seventh seed will play No. 2, the sixth will visit No. 3 and the fifth will be at the fourth seed for wild-card games.

Three games are set for Saturday and Sunday, Jan. 9-10 — pending the NFL schedule going forward as planned; that schedule likely will be released May 9, according to Brian Rolapp, the league’s chief media and business officer, to give the NFL “flexibility.”

CBS will broadcast one of the new games Jan. 10 at approximately 4:40 p.m. The game will also be available via live stream on CBS All Access. A separately produced telecast of the game tailored for a younger audience will air on Nickelodeon.

NBC, its new streaming service Peacock and Spanish-language Telemundo will broadcast the other new game Jan. 10 at approximately 8:15 p.m.

“It’s definitely going to be different,” Washington linebacker Thomas Davis said. “It’s going to be weird. Essentially, the second team (in each conference) is being penalized for being a good football team.

“It just makes it more competitive, it adds more teams in and it allows teams that are hot late in the season like the Titans to be able to make a run — a team that might not normally be in the playoffs are getting that opportunity. I like it, though.”

Team presidents and owners were advised of current plans for conducting the draft on April 23-25.

Peter O’Reilly, who oversees organization of major events such as the Super Bowl and draft, said all of the NFL’s preparations have been designed to “ensure the selection process is sound.” That means equitable arrangements for every team; “celebrating and welcoming” draftees to the league; fan involvement “providing an escape for our fans and perhaps allowing virtual fan access”; and as a fundraiser for people and communities affected by the pandemic.

O’Reilly stressed that social distancing will be maintained, with no more than 10 people together, remaining at least 6 feet apart. Anyone who is ill will be kept away.

Commissioner Roger Goodell will make the first-round selection announcements from a central hub, and the telecasts will have connectivity at the 32 teams and potentially at some players’ or fans’ homes.

Vincent noted that the powerful competition committee is discussing a potential one-shot extension of the time limit on a draft slot so teams can complete a trade.

O’Reilly said Las Vegas, scheduled to host the draft this year, will get consideration for 2022; the 2021 draft will be held in Cleveland.

“2022 is an option for Las Vegas,” he said. “We need some time to work through that with Las Vegas and the Raiders, but that is something we are considering.”

This week, Vincent sent a letter to several prospects inviting them to participate “live” in the draft.

“We hope that you will start your NFL journey with us as part of the NFL family,” Vincent wrote. “At this time, we are working on the plan for draft. As you can imagine, it is a bit of a moving target with all that is going on.

“We are contemplating several options that we will be communicating to you once details are confirmed. We want to ensure that you and your family stay safe while we develop the best way to give you a great experience and highlight your accomplishments as you are drafted into the NFL.”

In recent drafts, first-round selections were announced by Goodell. Then followed hugs involving players and Goodell — some of them comical — and photo sessions with the players wearing team ball caps or even showing off team jerseys. Often their families and friends would get involved in the celebrations.

This year, with all public events at the planned site of Las Vegas canceled and the draft set to proceed remotely, players will likely be at their homes when their names are called.