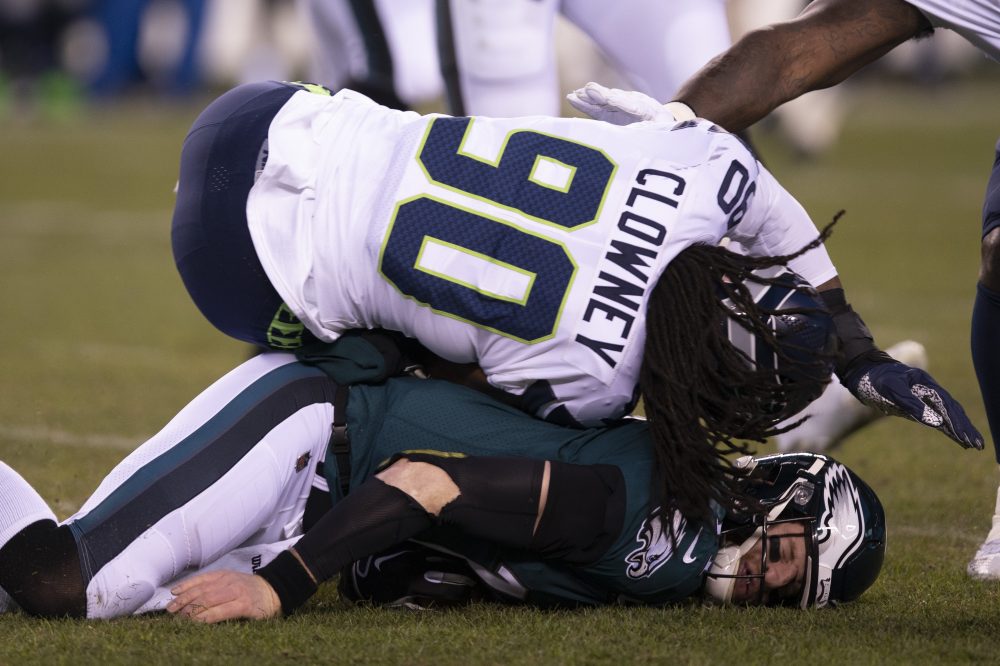 The Browns have considered pairing No. 1 picks at defensive end.

Clowney was the No. 1 pick of the Texans out of the University of South Carolina in 2014. He would join Myles Garrett, who was the top pick by the Browns in 2017.

Clowney, 27, is a free agent after spending last season with the Seahawks following a preseason trade from Houston. He’s still available after the first couple of waves of free agency, likely due to his asking price.

ESPN reported earlier in the week he has dropped his demand from $20 million a season to around $17 million or $18 million. The Seahawks and Titans are also interested.

Jeremy Fowler of ESPN reported Saturday some people around the league believe the Browns got closer to a deal with Clowney (6-foot-5, 255 pounds) than other suitors. No agreement was reached.

The Browns added veteran defensive end Adrian Clayborn on Tuesday, agreeing to a two-year, $6 million deal with a chance to reach $7 million. The acquisition provides depth but would be unlikely to keep the Browns from adding Clowney.

Former Pro Bowler Olivier Vernon is the incumbent at the end opposite Garrett but is due a non-guaranteed $15.25 million salary in 2020. He would almost certainly be cut or traded if Clowney were signed.

Clowney’s NFL career got off to a ragged start, as he played only four games before being placed on injured reserve as a rookie and undergoing knee surgery. He rebounded to make the Pro Bowl in 2016, ’17 and ’18. He had 9.5 sacks in 2017 and nine in 2018.

He’s been bothered by injuries throughout his career, playing 16 games just once, in 2017.

Johnson was the No. 16 pick of the Texans in 2015 out of Wake Forest. He has experience playing in the slot and will likely be used there with Denzel Ward and Greedy Williams the starters outside.

Johnson (6-0, 185) spent four years in Houston before joining the Bills last season. He was placed on injured reserve following the 2018 opener after he suffered his second concussion in less than a month.

He played every game last year after signing a one-year deal with Buffalo. He started one game, played 32 percent of the defensive snaps and broke up five passes.

In his career Johnson has started 19 of 51 games and has an interception, 19 passes defensed and 164 tackles.