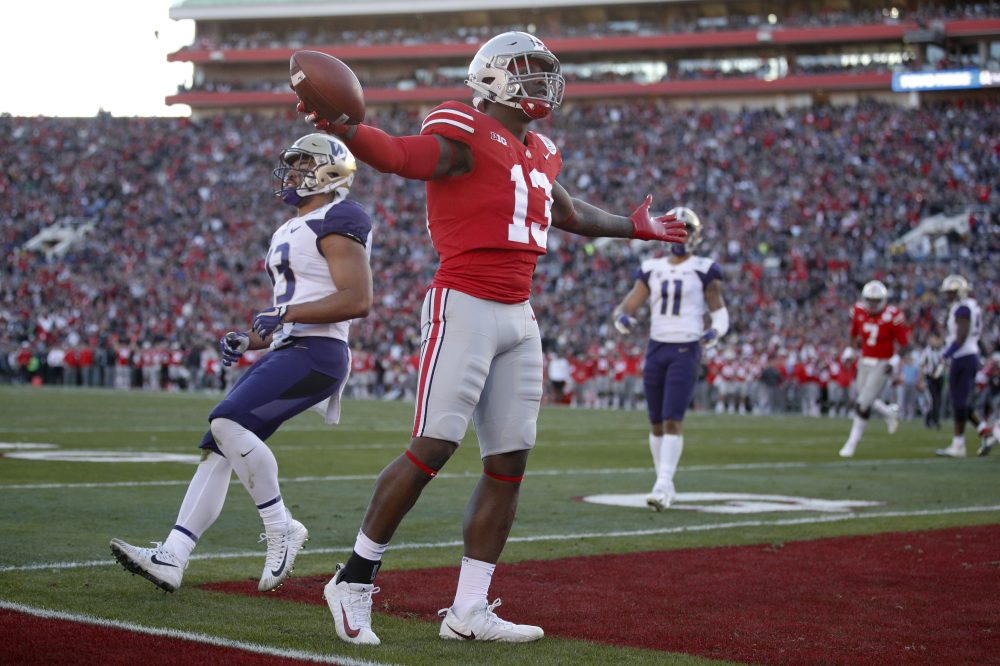 Rashod Berry was banking on Ohio State’s pro day. After not getting an invitation to the scouting combine in Indianapolis, Berry knew he’d have the opportunity to impress NFL scouts and coaches when they descended on Columbus on March 25 to watch the draft-eligible Buckeyes run, jump, lift weights and go through drills.

He had been training in Pennsylvania but moved back to Columbus at the beginning of March to finish preparing.

Then the world changed.

The coronavirus pandemic forced colleges to cancel pro days. The NFL outlawed private workouts and visits to team facilities. Berry is isolating in his apartment.

“It was disappointing. I was looking forward to talking to all the scouts and seeing a couple of head coaches and just performing at a high level in front of a lot of people just to show my ability and show my athleticism and what I can do on the football field,” Berry, who starred in football and basketball at Lorain High, said Tuesday by phone. “But everything happens for a reason, I believe, and with all this stuff I’m just trying to make the best of it.”

The absence of the normal predraft process is expected to hurt prospects such as Berry. He bounced between offense and defense for the Buckeyes before settling at tight end as part of a rotation, didn’t put up big numbers (17 catches, 198 yards, four touchdowns in his career) and was denied the big stage of the combine.

He could’ve used the pro day, the regional workout hosted by the Browns and private meetings with teams to impress and prove he deserves to be drafted. Instead, those avenues have been closed.

“It’s extremely difficult,” said Tracy Sprinkle, an Elyria High graduate and former Ohio State teammate of Berry. “Not being at the combine is huge. Being at OSU, the pro day is just like the combine, having every NFL team there. For Rashod not to have the opportunity, that’s tough. I’ve been thinking about him a lot.

“I think he’ll be fine. He has some good film out there. He’s a very freak athlete. He’s going to have opportunities.”

Sprinkle stays positive despite some tough breaks in football career

Berry (6-foot-3, 263 pounds) was always going to have to sweat out the third day of the draft April 25, either getting picked in the late rounds or signing as an undrafted free agent. The unique times only add to the stress, but he’s doing his best to manage. Calls from NFL teams help lift his spirits.

“I’m not really trying to get my hopes up too high or even expect too much. Just the main goal is to get on a team and then show them what I can do. That’s what I’m looking forward to.”

Berry’s working out in his living room — it reminds him of when he was bored as a teenager — and running routes at a nearby field. He’s trying to get creative to stay in peak condition, and his agent, Adam Heller, is doing the same in the hope of enticing NFL teams.

Although the details still need to be finalized, Berry said the plan is to do a simulated pro day and send the video to teams. Ohio State executive director for football relations/special assistant to the head coach Tim Hinton said he’s talked to Heller several times about executing it.

The video workout would pair nicely with the game film.

“I have a couple big plays of catching the ball,” Berry said. “I have a lot of blocking on big plays. It’s a decent amount of film out there to help out with that.”

While the predraft process has been far from ideal, Berry takes comfort in having participated in the NFLPA Collegiate Bowl on Jan. 18 in California. It doesn’t have the same profile as the Senior Bowl, but NFL scouts attend and Berry said he met with every team. Playing on the American team led by former Browns coach Hue Jackson, Berry caught two passes for 54 yards, including a 40-yarder, and lost a fumble.

“It helped me out so scouts can really see how I run routes and just how I am on the football field and off the football field,” he said. “Met with a lot of teams out there, as well, so I got my name out there. That was a good opportunity for me.”

The talks with NFL teams have continued in the absence of in-person workouts and interviews. Berry said he’s been asked about returning to defensive end and is open to doing whatever a team wants. The conversation usually focuses on his background and the intricacies of playing tight end.

“They’re going to ask you, ‘OK, draw up your favorite play or draw up this coverage,” he said. “Just trying to get to know you, making sure that you know what you’re doing.

“I’m still talking to teams, so that’s keeping me away from worrying and stressing out and thinking what’s next.”