Commentary: When it comes to drafting Buckeyes it’s been O-H-I … don’t think so for the Browns 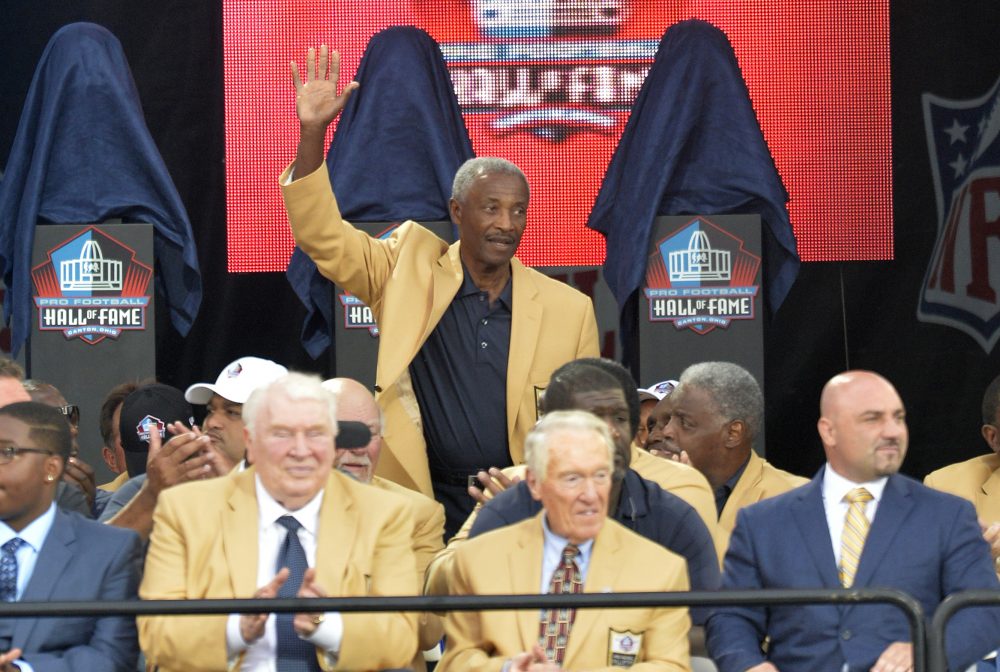 Over the last 58 years, the second-greatest player the Browns have drafted out of Ohio State wasn’t even a football player. He was John Havlicek, who never played a down in the NFL, but won NBA championships in half of his 16 Hall of Fame seasons with the Boston Celtics.

The Browns drafted Havlicek, who never played a down for Ohio State’s football team, in the seventh round of the 1962 NFL Draft, as a wide receiver.

In the 58 years since then, the only Ohio State player drafted by the Browns who was greater than Havlicek was Paul Warfield, the Hall of Fame receiver, whom the Browns took with the 11th pick in the first round of the 1964 draft.

Warfield is noteworthy for another reason. He’s the last Ohio State player drafted by the Browns who had a career of any significance in the NFL. Think about that. The Browns drafted Warfield 56 years ago.

It’s one of the great unsolved mysteries of the NFL: Why, on draft day, have the Browns so consistently ignored college football’s most prolific football factory? The mere posing of that question helps answer another question: Why have the Browns drafted so poorly over the last half-century?

Asked why he robbed banks, the famous bank robber Willie Sutton answered: “Because that’s where the money is.”

Why, then, when seeking football players, don’t the Browns go where the football players are? Especially when it’s Ohio State, which, the last time I checked, is in Ohio. So is Cleveland.

Since the Browns returned to the NFL in 1999 they have drafted 181 players. Only three of them were from Ohio State, and two were insignificant: Darnell Sanders (2002) and Brian Robiskie (2009). The other was Denzel Ward (2018), on whom the jury is still out.

Put another way: Over the last 20 years the Browns have drafted as many players, combined, from Troy, Tarleton State and Northern Iowa as they have from Ohio State: 3.

Number of players drafted by the Browns over the last 20 years from Norfolk State, Louisiana-Monroe and Lindenwood: 3.

Number of players drafted by the Browns over the last 20 years from Ohio State: 3.

In the 2016 draft, 12 Ohio State players were picked in the first four rounds. None of them was selected by the Browns, who had nine picks in those first four rounds. One of those picks was receiver Corey Coleman, whom the Browns selected with the 15th pick in the first round. Thirty-two picks later the Saints took Ohio State receiver Michael Thomas, who, like Warfield, will probably end up in the Hall of Fame.

Since 1999, when the Browns returned to the NFL, 139 Ohio State players have been drafted. Over that same span the Browns drafted as many players combined from Weber State, West Texas A&M and Wyoming as they did from Ohio State: 3.

That’s 23 Big Ten players drafted by the Browns in the last 20 years. Just over one per year, which is even worse when you consider that one of those Big Ten teams is Ohio State, which, since 1999, has had more players selected in the NFL Draft than any other school in the country.

It really is a bizarre legacy. It’s hard to decide which is worse. The Browns refusing to draft Ohio State players? Or drafting the wrong ones when they do?

In the last 56 years — since the Warfield pick — the Browns have drafted just 12 players from Ohio State, and the best of the bunch is Ward, who may or may not turn out to be a star, but even if he does, he’d be the only one — and we’re talking about Ohio freaking State!

You can’t blame it on a small sample size because it’s an enormous sample size: over half a century.

When it comes to Buckeyes, the Browns are cockeyed.

Jim Ingraham: For Browns, the classic uniforms are the only ones that really fit
Drafting the Browns’ drafts: There were some good ones, ya know