Mailbag: If the Browns trade down from No. 10, whom would they target? What’s the right deal for Jadeveon Clowney? Are there alternatives to the draft to pick up a left tackle and receiver? 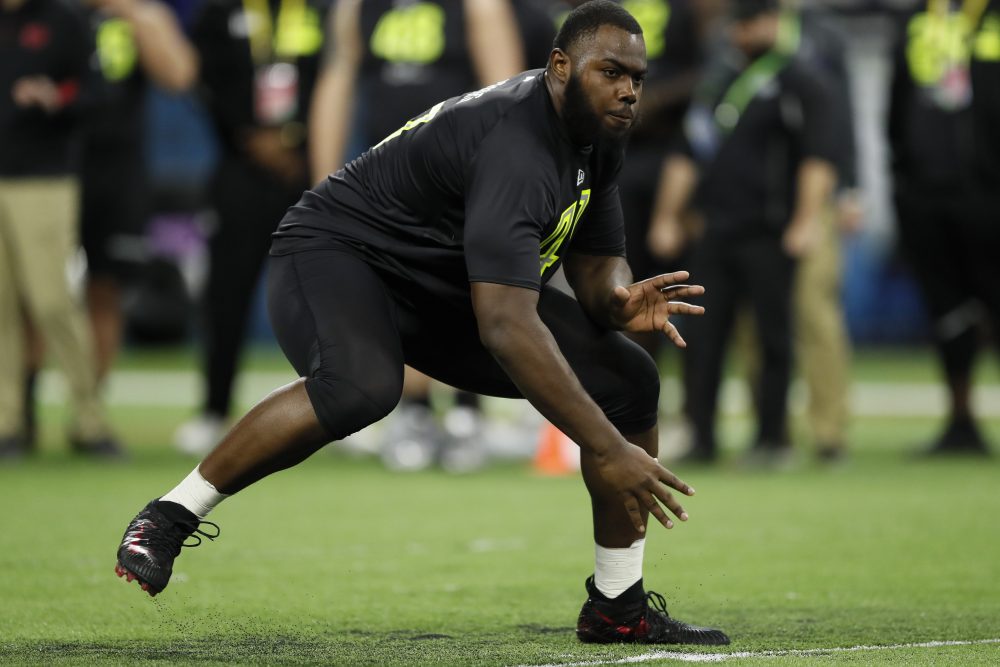 Q: Do you see the Browns trading down if Georgia’s Andrew Thomas or Iowa’s Tristan Wirfs are not available at 10? If so, down for who?

A: Part of me says general manager Andrew Berry wants to trade down regardless of who goes in the top nine. Given the high failure rate in the draft, the math says the more picks the better — and I don’t disagree.

I think for the Browns this year — Berry’s first time in charge of a draft — two factors will determine whether he looks to move down. First, the huge hole at left tackle. Berry can’t afford to leave the first round without acquiring a starter at the premier position. That changes if Berry plans to trade for Trent Williams or sign Jason Peters, but if he doesn’t do either before the draft, he would lose a lot of leverage. The second factor is how deep he believes the tackle class is. If Berry doesn’t see much of a drop-off to Boise State’s Ezra Cleveland, Houston’s Josh Jones and USC’s Austin Jackson, he can drop back into the 20s and still get his left tackle. If he trades down, his target would be one of those three, and I’d put Jones at the top of the list.

Regarding Thomas and Wirfs, it’d be logical for them to be ranked one-two on the Browns’ board, but I could also see Mekhi Becton and Jedrick Wills in those spots. It’s tough to tell with a first-time GM.

Q: With all the talk about Jadeveon Clowney and his contract demands, I was wondering if this might work. Sign him to a 2-year deal. The first year give him $16 million, then Year 2 would be $20 million with a club option for the second year with a $2 million buyout. If he performs up to his draft status, he will have earned the money. If he doesn’t, then you use the option, pay him his $2 million and let him walk. He gets his $18 million either way and a chance to sign another contract, we get either a monster at end, or a compensatory pick when he leaves next year. Plus, you’re not making a long-term commitment and tying up money for Baker Mayfield and Nick Chubb’s next contracts. Does this sound possible, or am I just nuts?
P.S. If you cut Olivier Vernon, then wouldn’t the money be a wash?

A: I like where you’re going. My biggest issue is you just don’t see contracts like that in the NFL — it’s more of a baseball thing. I don’t know if it’s a salary cap issue or just common practice. More likely is a $16 million base salary with incentives that could push it higher. A second year could easily be voided by the Browns before a roster bonus would have to be paid.

When I consider Clowney to the Browns, it’s all about money, length of contract and upgrade over Vernon. I know Clowney’s a bigger name but I don’t know by how much, or if at all, he’s a better player. The Browns should see for themselves, but only if the deal is for two years maximum at $16 million a year maximum. Vernon is due $15.25 million in salary and can be cut, so the money would be a wash and the Browns might get a spectacular season or two out of Clowney.

A couple of other loose ends. You’re right about keeping salary cap flexibility, because Mayfield, Chubb, Myles Garrett, Denzel Ward and Larry Ogunjobi, to name a few, will be due new contracts before too long. And this is a pet peeve of mine — just because a player leaves in free agency doesn’t guarantee a compensatory pick. They’re allotted based on total free agents lost and signed.

Q: This class is very strong in tackles & wide receivers. This means cuts post-draft & the annual post-preseason cut day when 1,000-plus players are released should make T & WR cuts better quality than normal. Can you see Andrew Berry focusing the draft even more on defense and using free agency for T and WR?

A: An interesting thought, and I get where you’re coming from. But I think the situations surrounding the two positions you mention are rare, so I wouldn’t try to go against the grain too much.

The Browns need a left tackle and will have the opportunity to draft a good one, so why try to get cute and wait for castoffs from other teams? And if the receiver draft class is as deep and talented as the experts say, it doesn’t make sense to me to pass up the golden opportunity to grab a quality one in the middle rounds.

I’m not saying experienced tackles and receivers won’t be available later in the process and Berry can upgrade then, as well, I just wouldn’t rely on that. Especially at tackle.

Q: My ideal draft plan: deal Nick Chubb & OBJ. Ideally get 2 No. 1s for next year’s draft. Then trade up a few spots to get Tua Tagovailoa or Justin Herbert. Thoughts?

A: Not a big Baker Mayfield fan, huh?

I understand the pessimism after last season but am not ready to give up on him. He has the qualities I’m looking for in a franchise quarterback. I just want more maturity and further proof he’s willing to work as hard as the best in the game do. So I would not do something drastic in order to draft a quarterback.

But that won’t stop me from examining your plan.

I’m not sure the Browns would be able to get a pair of first-round picks in return, even though Chubb and Odell Beckham Jr. are among the best in the league at their positions. Teams usually aren’t willing to give up much for running backs, and Chubb has only two years left on his rookie contract. And we all know Beckham’s perceived baggage. I believe the Browns could get two second-rounders and maybe a midround pick.

The final part of the equation would be moving up from No. 10. No. 4 would seem to be the sweet spot, getting ahead of the Dolphins and Chargers, teams that need a quarterback. The Browns would have to give up at least their first-rounder in 2021, then pick between Tagovailoa and Herbert. I haven’t studied them a ton but have concerns about both. And coming out of college, I would take Mayfield over both.

Q: I get a very real sense of professionalism coming from the coach and GM. I would also include Paul Depodesta in that statement. Can you recall another regime that exuded this level of confidence and competence? Am I being sucked in again?

A: Sucked in as if the Browns were holding a high-powered vacuum.

I would argue GM John Dorsey — how quickly we forget — had fans feeling much better just a year ago. He had a much more impressive resume and way more swagger. Look how that turned out.

Bottom line: We’ll have to wait to get a true gauge on the new guys.

A: He also won an NFL championship in 1964. Unfortunately, if Schafrath didn’t get in during the expanded voting for the Centennial Slate last year, it’s doubtful he’ll ever get a better chance.

I checked in with colleague Tony Grossi, a longtime Hall voter. He pointed out how long it took Browns guard Gene Hickerson to get voted in (last played in 1973, enshrined in Hall in 2007) and that Hickerson was viewed more favorably than Schafrath. So the more time that passes, the more he’s overlooked. Which is disappointing, considering his role on those great teams in the 1960s.

Mailbag: Isn’t Jadeveon Clowney worth $2M more a year than Olivier Vernon? Are Browns a lock to take a left tackle at No. 10? What position should be targeted in 2nd round?
Mailbag: What would it take for Browns to trade Odell Beckham Jr.? Will Kareem Hunt get dealt during draft? What are reasonable expectations for the 2020 season?