Drafting the Browns’ drafts: There were some good ones, ya know 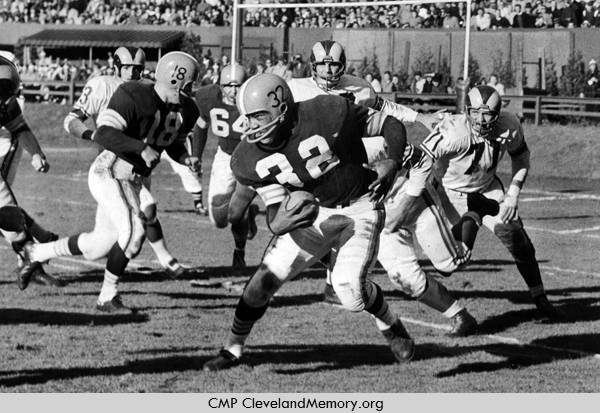 Are you “drafted” out yet? Good. Here’s one more.

The ground rules: all the Browns’ drafts are fair game. It’s a 10-round draft, and I have all the picks. (Sorry, but it’s my column).

So if I was drafting from all the Browns’ drafts, here’s how I would draft those drafts.

1957: There were only 12 teams in the league. The Browns had the sixth pick in the first round. After the Packers took Paul Hornung No. 1, the Rams took Jon Arnett No. 2, the 49ers took John Brodie No. 3, the Packers took Ron Kramer No. 4, and the Steelers took Len Dawson No. 5, the Browns shuffled some papers around and said, “OK, we’ll take … let’s see here, where is it? … Oh yeah, we’ll take this guy, Jim Brown.”

If the Browns’ first three picks that year were Jim Brown, you and me, it would still be the best Browns draft ever. But in their first seven picks, the Browns took three Hall of Famers: Brown, Henry Jordan (fifth round), and guard Gene Hickerson (seventh), who instantly became the best of a stellar offensive line that Brown ran behind for his entire career.

Oh, by the way, in the second round, the Browns took quarterback Milt Plum, who immediately became the starter, made the Pro Bowl twice, led the NFL in completion percentage three years in a row, and in his five years with the Browns had a winning percentage of .673 (33-16).

2007: Joe Thomas. The Browns took him with the third overall pick, and lucked out, because he, not JaMarcus Russell, should have gone No. 1. In 11 years, Thomas never missed a snap, much less a game, until the final game of his career. He made the Pro Bowl every year for a decade. The Browns wasted them all, but Thomas’ bust is probably already sitting in a cooler in Canton, waiting for him.

1960: You want a haul? Here’s a haul: Four starters on the Browns’ 1964 NFL Champions came from this draft: linebacker Jim Houston (first round), cornerback/safety Ross Fichtner (third round), tight end Johnny Brewer (fourth round), and safety Bobby Franklin (11th round). That’s a haul of fame.

1959: In the second round the Browns took Ohio State tackle Dick Schafrath. In the fifth round they took Colorado guard John Wooten, two more blocks of granite that paved the way for Jim Brown. Schafrath missed just two games in 13 years.

1978: The Browns’ first two picks: Clay Matthews, who should be in the Hall of Fame, and Ozzie Newsome, who is. No player in Browns history has started more games than Matthews (216), who played perhaps the most physical position of all: linebacker. Newsome played 13 years for the Browns, and none for anyone else. When he retired, he had caught more touchdown passes than any tight end in NFL history.

1972: Thom Darden (first round) and Brian Sipe (13th round). Darden’s 45 career interceptions are a Browns record that has stood for 39 years. Sipe, the 330th player taken in the draft, is the only Browns player in the last 55 years to be voted MVP in the NFL. His Browns record of 23,713 career passing yards has stood for 36 years, and his 154 career touchdown passes are second in Browns history to somebody named Otto Graham. And Sipe only played a full season in four of his 10 years with the Browns.

1966: Tight end Milt Morin (first round), center Fred Hoaglin (sixth), and defensive end Jack Gregory (ninth) were all sold starters and contributors on a team that went 10-3-1 and came within one win of reaching the Super Bowl.

1971: Clarence Scott (first round), Charlie Hall (third) and Doug Dieken (sixth) became three of the most durable players in team history. The three players combined for 37 years and 535 games played for the Browns. In games started, Dieken (203) is second to Matthews, Scott is sixth and Hall is 12th.

1970: No, not because the Browns traded Paul Warfield to Miami for the first pick in the draft, which they wasted on Purdue quarterback Mike Phipps, not because of tackle Bob McKay (first round), not because of defensive end Joe Jones (second round), but because of the unblockable Jerry Sherk (second), who in his prime — four consecutive trips to the Pro Bowl — is in the discussion as the best Browns defensive tackle ever.

Commentary: When it comes to drafting Buckeyes it’s been O-H-I … don’t think so for the Browns
NFL Draft: Examining Browns’ need at each position and ranking top prospects (offense)