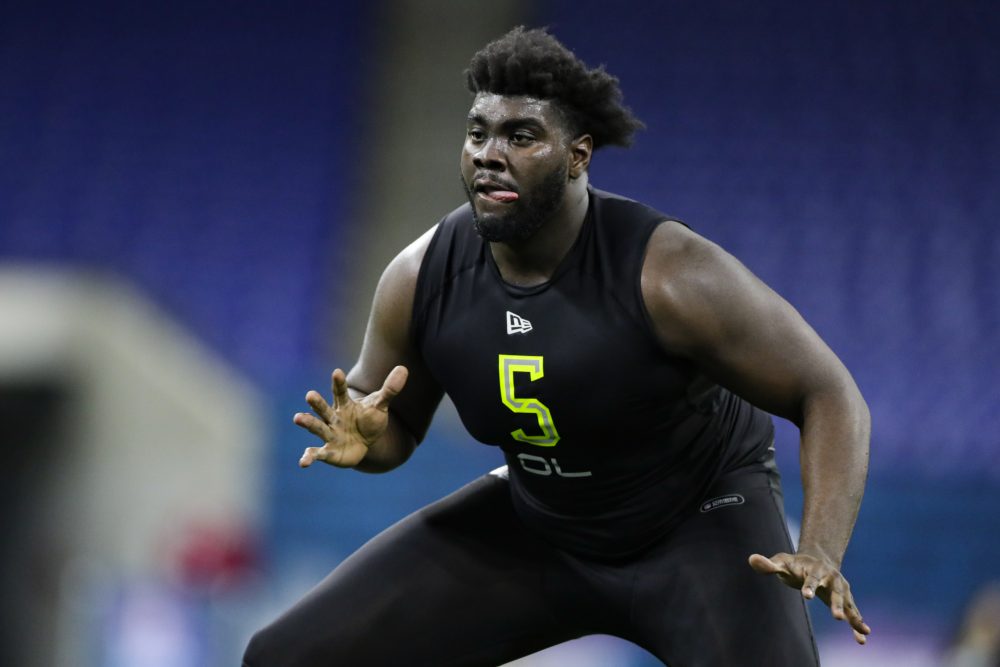 The Browns are in position to do something they haven’t done in more than a decade.

The Browns haven’t gone two years without drafting a quarterback since 2008-09 but could match that if they bypass the game’s most important position during the draft April 23-25. That seems possible, if not probable.

Baker Mayfield was the No. 1 pick in 2018, and the organization has been steadfast in its support despite his struggles in Year 2. Veteran Case Keenum was recently signed to a three-year, $18 million contract to be the backup. Garrett Gilbert, a longtime friend of Mayfield, remains on the roster.

So the Browns don’t have a dire need — for a change — and a draft pick would be no better than third on the depth chart.

That doesn’t mean the Browns won’t draft one late. Many NFL decision-makers like the idea of picking a quarterback every year to see if one can develop into something worth keeping.

The Browns have plenty of holes across the roster that need to be filled, so it would likely take the right quarterback being available at the right spot for new general manager Andrew Berry to draft one. If he doesn’t, it will be worth noting given the organization’s recent history at the position.

Joe Burrow, LSU: The Ohio State transfer is coming off one of the best seasons in college football history — 76.3 completion percentage, 5,671 passing yards, 60 touchdowns, six interceptions. He may not be a can’t-miss prospect but he’s close.

Tua Tagovailoa, Alabama: The left-hander is a proven winner with great accuracy, especially downfield. His injury history is worrisome, and I have questions about his arm strength.

Justin Herbert, Oregon: Has huge arm and good athleticism but wasn’t consistent enough to challenge Burrow to be the No. 1 pick.

The Browns’ first free agent agreement last month was with tight end Austin Hooper for four years and $42 million. While the signing eliminated the need to draft a tight end early, it reinforced how important the position is in coach Kevin Stefanski’s offense.

The plan is to pair Hooper with David Njoku, but Njoku isn’t guaranteed anything beyond this season.

Even if Njoku finally lives up to his draft status (No. 29 in 2017), Stefanski’s two-tight end system requires depth. The Browns also have Pharaoh Brown and Stephen Carlson, but that shouldn’t stop general manager Andrew Berry from drafting a tight end if the opportunity presents itself.

That would likely be on the third day of the draft, possibly in the fourth or fifth round.

Adam Trautman, Dayton: Made a late transition from quarterback but had a ton of production as a senior (70 catches, 916 yards, 14 TDs). Still has plenty of untapped potential.

Cole Kmet, Notre Dame: Was a left-handed pitcher for the Irish but has committed to football. He could be the first tight end off the board early in the second round.

Harrison Bryant, Florida Atlantic: Had 1,004 receiving yards as a senior and finished career with 16 touchdowns. More receiver than blocker.

Keep an eye on for the Browns: Colby Parkinson, Stanford; Brycen Hopkins, Purdue

The Browns have star wideouts Odell Beckham Jr. and Jarvis Landry, and coach Kevin Stefanski plans to use two tight ends, a fullback and two running backs. So wide receiver is down the list of priorities.

The Browns should still draft one or two.

The draft is considered so deep in talented wideouts Ravens general manager Eric DeCosta said teams could probably get a starter in the fifth round. It would seem foolish for first-time Browns GM Andrew Berry not to take advantage — regardless of need.

And there is a need, even if it isn’t pressing.

Beckham and Landry fought through injuries all last season and had offseason surgeries. And there’s no clear-cut No. 3 receiver behind them. The options on the roster are KhaDarel Hodge and Damion Ratley, with free agent Rashard Higgins perhaps a possibility to return.

So starting with pick No. 97 late in the third round, the Browns should start looking for receivers. And they should get a good one.

CeeDee Lamb, Oklahoma: Great after the catch and the No. 1 receiver on some boards.

Of all the positions on the Browns, running back joins quarterback as the least likely to get reinforced in the draft.

Nick Chubb should’ve led the NFL in rushing in 2019 and is joined by Kareem Hunt, who won the rushing title as a rookie in 2017. There’s no room for a draft pick to crack the lineup, and the depth is adequate with Dontrell Hilliard and D’Ernest Johnson returning.

The Browns certainly won’t take a running back high, and only the perfect candidate would make any sense even in the later rounds.

Clyde Edwards-Helaire, LSU: He plays bigger than 5-7 and was electric for the Tigers. He rushed for 16 touchdowns last season and caught 55 passes.

Finally, the spotlight position for the Browns.

They desperately need a left tackle, and fortunately the draft is loaded with high-quality options. If the Browns don’t take one in the first round — either at No. 10 or after a trade up or down — it would be a huge surprise.

The question is how new general manager Andrew Berry views the top prospects. Does he agree with Pro Football Focus that Georgia’s steady Andrew Thomas is the best? Or with NFL Network’s Daniel Jeremiah that Louisville’s Mekhi Becton is not only a physical freak but can be dominant in the NFL? Or with The Athletic’s Dane Brugler, who has Alabama’s Jedrick Wills rated No. 1?

Iowa’s Tristan Wirfs is the last member of the top four but, like Wills, played right tackle and would have to make the transition to the left side for the Browns, who signed right tackle Jack Conklin in free agency.

If Berry covets one of the players, he could try to move ahead of the Cardinals at No. 8. More likely is moving back into the teens, picking up an extra pick or two and taking the best tackle remaining. In a deep class, that could be Houston’s Josh Jones or Boise State’s Ezra Cleveland.

The Browns have been looking for a long-term answer at left tackle since Joe Thomas ruptured his triceps in 2017. This is their best chance to find one.

Mekhi Becton, Louisville: His potential at 6-foot-7, 360 pounds and with great athleticism is too hard to overlook.

Andrew Thomas, Georgia: A safe pick after starting for three years in the SEC.

Jedrick Wills, Alabama: Has played only right tackle, so asking him to switch to the left side could be a concern.

Keep an eye on for the Browns: All of them

The interior offensive line is the least sexy position in this draft, with the possible exception of kicker.

While the tackle class is full of big names and talent — we’ll feature it in Thursday’s paper — the guards and centers lack sizzle. The first round could pass without any being taken, and perhaps only one might go in the first two rounds.

This works out well for the Browns. While they’re desperate for a left tackle, they don’t need to address the interior.

Joel Bitonio is a stud at left guard and center JC Tretter signed a long-term extension last season. The starting right guard isn’t set, but there are options on the roster in Wyatt Teller, Chris Hubbard and Drew Forbes.

While some fans are clamoring for a right guard in the draft, it’s unnecessary. With Bitonio, Tretter, right tackle Jack Conklin and a first-round pick at left tackle, the line should be able to succeed without a big name at right guard.

Any pick at guard or center should be in the late rounds.

Cesar Ruiz, Michigan: The center could sneak into the first round as the top interior lineman off the board.

Lloyd Cushenberry III, LSU: The center got plenty of attention snapping the ball to Joe Burrow and earned rave reviews for his blocking.

Robert Hunt, Louisiana: The top guard won’t go until the second night of the draft, possibly not until the third round.

EDITOR’S NOTE: We’ll take a look at the defense next week.

Drafting the Browns’ drafts: There were some good ones, ya know
NFL Draft: Examining Browns’ needs at each position and ranking top prospects (defense)