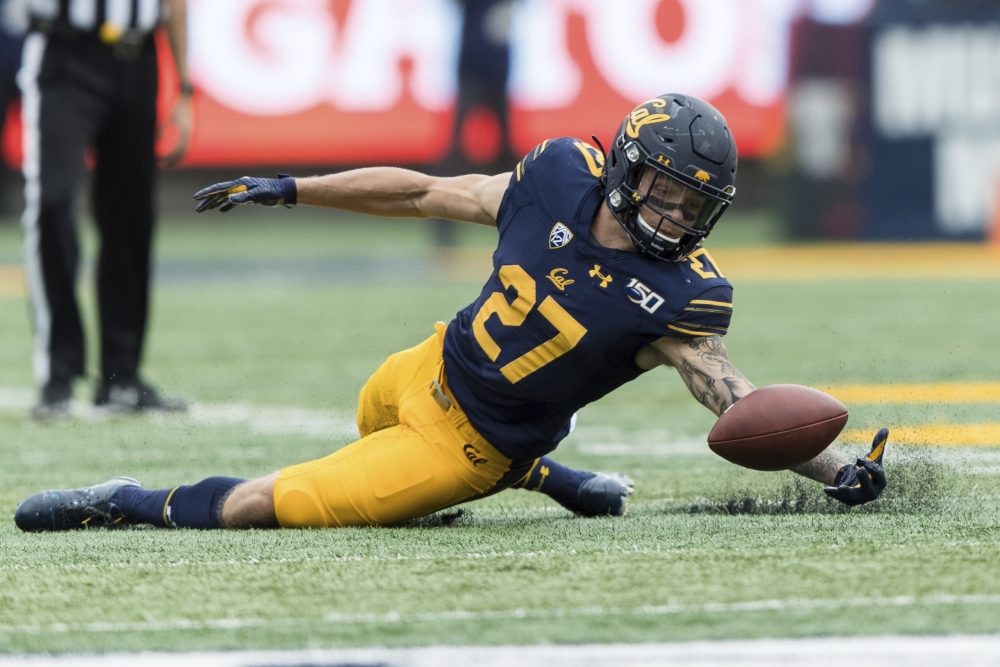 Sprinter’s speed, a nose for the ball and a deep understanding of defensive schemes are desired skills for a safety going through the predraft process.

For Cal’s Ashtyn Davis, perspective has proved to be just as important.

Davis didn’t work out at the scouting combine after having core muscle surgery in December. The track star pinned his hopes of rising into the first round of the NFL Draft on dazzling at his pro day.

Then the coronavirus pandemic happened.

The pro day in Berkeley was canceled. So were private workouts and visits to NFL teams’ facilities. Davis (6-foot-1, 202 pounds) was denied the chance to run a sub-4.4-second 40-yard dash for general managers and coaches.

All but the highest-rated prospects were affected, but Davis was hampered more than most.

“It sucked. But obviously bigger picture in mind, my problems are small compared to some people with all this going on. A lot of people are dying from this,” he said Tuesday in a phone interview. “It’s definitely necessary and I see the bigger picture. But, yes, surface value I was upset that I didn’t get to showcase my ability.”

Davis’ athleticism is undeniable on film, but NFL teams want hard numbers to compare with those of safeties this year and in the past. He’s expected to go in the second or third round, and is an intriguing option for the Browns at Nos. 41 or 74 as they seek a starter.

“I’m sure I’ve fallen a little bit,” Davis, who projects as a free safety, said of his lack of a pro day. “But at the end of the day, whoever is willing to take a chance on me, I plan on giving first-round talent to them.

“I don’t really know what teams are thinking. I assume it couldn’t have helped me in any way.”

He’s done his best to impress on the Zoom interviews with teams but feels he’s also at a disadvantage there because other prospects might be able to have cheat sheets for the board work.

“I’m pretty good with my coverages, I know my college defense inside and out really well,” Davis said. “So when they’re asking me things, I’m able to answer them really easily.

“I feel really comfortable doing those Zoom meetings, I try to sell myself as best possible and let people know the real me and just how serious I am about wanting to be good, wanting to be great.”

He met with the Browns at the combine and talked to multiple people on the staff but couldn’t remember if they were one of his many Zoom interviews.

Clearing obstacles is nothing new.

He was a member of the Cal track team before getting the opportunity to walk on the football team. His high school team in Santa Cruz was down to 17 players his junior year and he wasn’t recruited, but he never lost faith in his football future.

After a redshirt season at Cal, he played cornerback and special teams before moving to safety and starting 29 straight games over the last three years. He totaled 113 tackles, six interceptions, 15 passes defensed and two forced fumbles as a junior and senior.

“Ashtyn Davis is only beginning to scratch the surface of his potential as a football player,” Golden Bears coach Justin Wilcox wrote in an email. “He is a special athlete who has a tremendous skill set of speed, power and agility that I believe will transfer well to the NFL. Ashtyn is also a tremendous student of the game who absorbs and applies the mental aspects of football very well.”

Davis, a double major in legal studies and social welfare who wants to be a firefighter, played with the adductor injury throughout his senior season and declared himself 100 percent. He’d been working out in his apartment in Southern California before driving back to Santa Cruz this week. He mixed in some on-field drills but was kicked off multiple times because of the lockdown.

And relying on his game film.

“I get the ball,” he said. “If you see me punching at balls, things like that, I’m always trying to get that ball out. Our coach taught us our hopes and dreams, everything we hope to accomplish is in that ball and our job is to get it as often as possible.”

NFL Draft: Clemson’s Isaiah Simmons a “unicorn” who can do it all, including spying QBs
NFL Draft: Jedrick Wills eager to learn from Joe Thomas, who was quick to reach out and offer helping hand