NFL Draft: GM Andrew Berry will have plenty of options in 1st draft in charge, starting with whether to stay at No. 10 or trade down 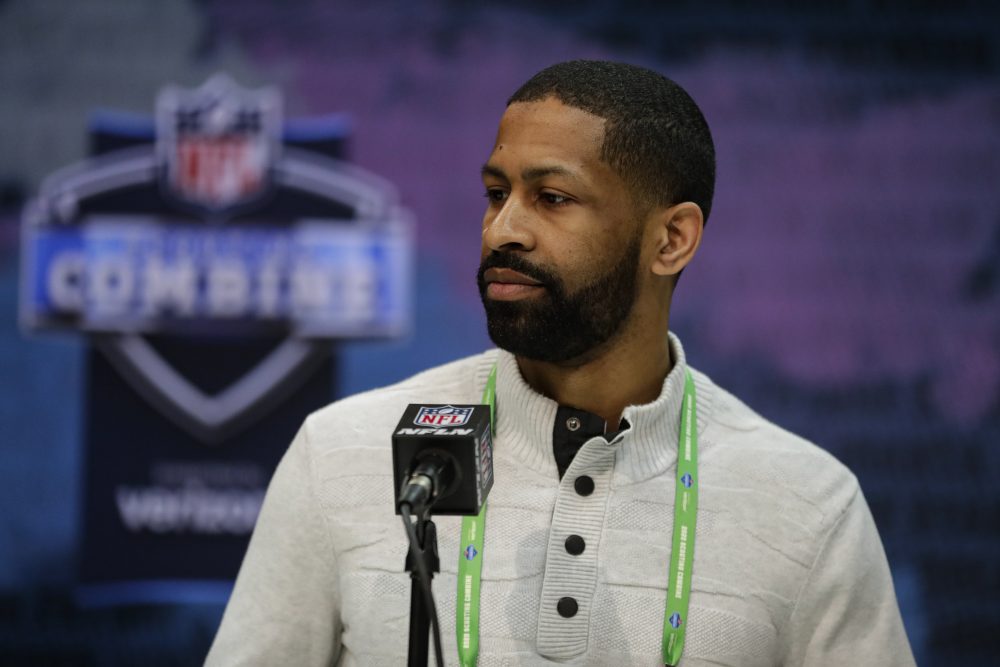 Sit at No. 10 and take the top-rated tackle on his draft board.

Stay true to the organizational philosophy and trade down for an extra pick or two.

Put the pressing need at left tackle to the side and select Clemson linebacker/safety Isaiah Simmons.


Cleveland’s Andrew Berry will have options — plenty of them — in his first draft as a general manager when the three-day marathon kicks off Thursday night at 8.

The experience will be unique for everyone in the NFL, as the draft will be held remotely due to the coronavirus pandemic. The Browns’ front office, scouts and coaches will be spread across the country, but Berry was confident in their ability to adjust.

He also insisted he won’t be nervous.

“Obviously it is different with having the decision-making authority, but it is really more excitement,” he said Monday. “I have a ton of confidence in our group and what we have done over the course of the spring. I do feel very prepared.

“It is exciting because we have spent so much time on these prospects. It is a little bit like Christmas come early because now we get to see who the newest members of the Browns organization are going to be. That is a really fulfilling and rewarding time not just for myself but everybody else who has put countless hours into this process.”

This is another important draft for the Browns. They’ll all be important until they snap the league-worst 17-season playoff drought.

John Dorsey rebuilt the roster in his two years as GM, but the 6-10 record last season showed it wasn’t where it needed to be. Berry, with new coach Kevin Stefanski, is tasked with taking the next step.

Berry has seven picks, including four in the top 97. He said he won’t be forced into any move, even if mock drafts around the country have been nearly unanimous in the Browns taking a tackle at No. 10.

“I really don’t anticipate us being pigeonholed into any specific direction,” he said.

The approach is understandable, but it’s hard to believe the weekend will end without the Browns selecting a left tackle in the first or second round, a trade for Williams or a plan to sign free agent Jason Peters. The simplest solution is to stay put at No. 10 and take advantage of a talented and deep tackle class.

Thomas and Becton were mostly left tackles in college, while Wills has only been a right tackle and Wirfs predominantly a right tackle. The status of Becton, who’s in his own stratosphere at 6-foot-7, 364 pounds, could be affected by a flagged drug test at the combine, but all four of the top guys are expected to go within the top 15 picks.

If the Browns take one, he’ll be expected to fill the void left when Joe Thomas retired after 10 Pro Bowls, 10,363 straight snaps and a ruptured triceps. Thomas studied the candidates, tweeted they’re all “excellent” and ranked them as fits for the Browns — Becton, Wills, Thomas and Wirfs.

Chief strategy officer Paul DePodesta says he’s more prepared in his fifth draft after coming over from baseball, as his database of players has grown. Berry was vice president of player personnel for the Browns from 2016-18 but never had final say until now. They will team with Stefanski and his staff in what owner Jimmy Haslam has promised will finally be an alignment of personnel, coaching and analytics staffs.

The collaboration could lead to a series of trades down if the Browns can find willing partners. Sashi Brown, who was the top decision-maker in 2016-17, traded down five times in his two drafts, subscribing to the belief that volume is vital in an exercise in which the failure rate is so high.

DePodesta and Berry have stressed they’re open to trading up or down, but the preference is clear.

“We do have the philosophy that more picks is better,” DePodesta said. “You just have more draws. You have a better chance of hitting on more guys. I think we believe in that generally, but that doesn’t mean we’ll just always be trading back as a result. I think we’re pretty flexible on that front.”

A lack of choices won’t be an issue for Berry.