NFL Draft: Jedrick Wills eager to learn from Joe Thomas, who was quick to reach out and offer helping hand 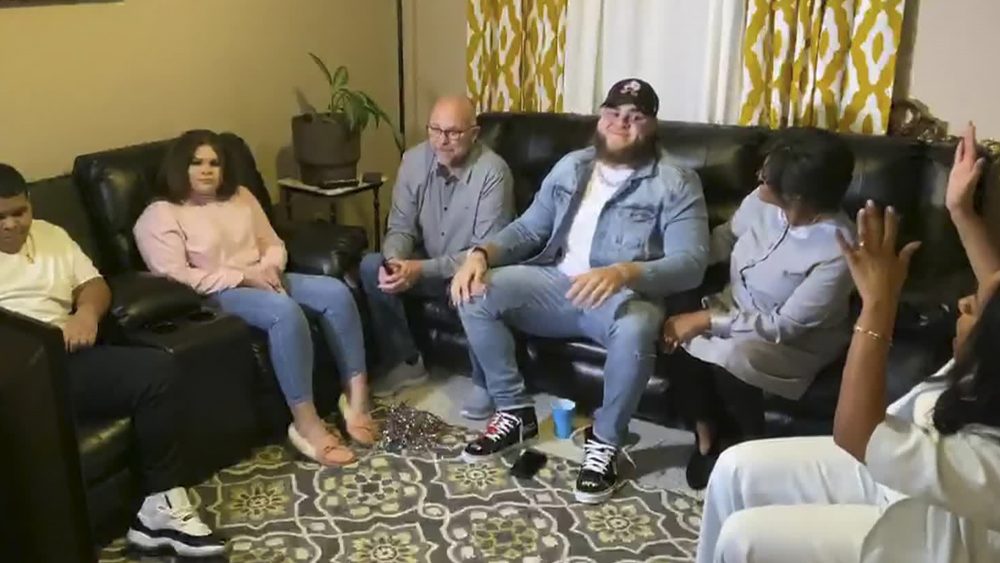 As the Cleveland Browns’ first-round draft pick, Alabama tackle Jedrick Wills was expected to get immediate support from his new teammates. But the loudest approval came from someone who hasn’t donned a Browns jersey since 2017.

“Joe Thomas reached out to me and kind of knew that I’d be going to that position right away,” Wills said of his expected switch from the right side to the left. “So as soon as I can start at the position and send him some videos and get some pointers and help from his direction, I feel I’ll be in good hands.”

Thomas earned 10 trips to the Pro Bowl as Cleveland’s left tackle from 2007-17, and he’s widely considered to be a lock as a first-ballot Hall of Fame selection.

Thomas gave a favorable Twitter review of Wills on Sunday.


“Wills Pros; change of direction, ability to create power, ability to stop power quickly, mobility, technique is clearly the best in the draft, size,” Thomas tweeted. “Cons; if you watch a lot of his tape, he has had some mental lapses with penalties and getting lulled to sleep by lesser opponents.

“Overall, he’s the guy who is the most NFL ready, and would clearly be the #1 guy if the ceiling for Becton wasn’t so high. I see him as the most sure-fire offensive lineman in this draft. His movement skills and suddenness is impressive for a college player.”

Browns take Wills at No. 10, confident he can make switch to left tackle

On Thursday, Thomas posted his predraft podcast in which he said the Browns should go with Wills, with the comment, “Called it #JoeStradamus,” and a reaction video of him watching the selection announcement on TV before screaming and yelling, “Yeah, we’re going to the Super Bowl.”

It would be my greatest pleasure https://t.co/GNjJ85mxex

The Browns are delighted to have Thomas lend a helping hand.

“Joe Thomas as a resource? Yes,” coach Kevin Stefanski said. “I will make sure Joe and Jedrick talk if they haven’t already. I think we are uniquely positioned to have a guy like Joe who can be there and explain to any of our young players but particularly an offensive lineman the what to do, what not to do type of thing. Certainly we will get those guys linked up.”

Wills, who was the second tackle taken after Georgia’s Andrew Thomas went to the N.Y. Giants at No. 4, said he connected with Thomas before and after he was selected by the Browns.

“He had hit me up on Twitter and told me he had a talk with Andrew Berry,” Wills said, referring to the first-time general manager. “He told me he really liked my game, and just now he gave me his number and was like, ‘Call me sometime if you ever need any pointers.’ He knew I was going to be playing left tackle, so if I ever needed pointers, tips or videos and things like that, he’d be there to help me out.”

Wills’ phone was busy Thursday night. He also was contacted by quarterback Baker Mayfield, who will be the primary recipient of Wills’ blocking abilities.

“He hit me up as soon as I got drafted. He shot me a text and gave me his info,” Wills said. “He just let me know that he was going to be there for me and if I needed anything to reach out.

“He plays with great determination and I do the same exact thing. I know he’s a great quarterback, somebody that’s driving to put a team in a great position to be like a championship team. With us together, I feel like it’s only going to make us better.”

Wills even got some predraft support from a Browns player who doesn’t even play on the same side of the ball. Linebacker Mack Wilson, who was drafted in the fifth round last year, went to bat for his former Crimson Tide teammate.

“We get in the habit of speaking with former teammates on a number of prospects that we consider into the weekend, and when I was asking Mack about the Alabama guys and we got to Jed, Mack paused and goes, ‘Man, Jed is a baller,’” Berry said. “It is a very simple phrase, but it is something certainly we agreed with and we are excited to have him in the organization.”

Wills was thrilled to be selected by the Browns, and the enthusiasm rose when he was asked about being part of a potentially high-powered offense.

“I’m very excited and I know those guys want the same exact thing I do,” he said. “It’s going to make us stronger if we all have the same goal in mind, which is to win. I’m going to do everything I can to take care of my position.”