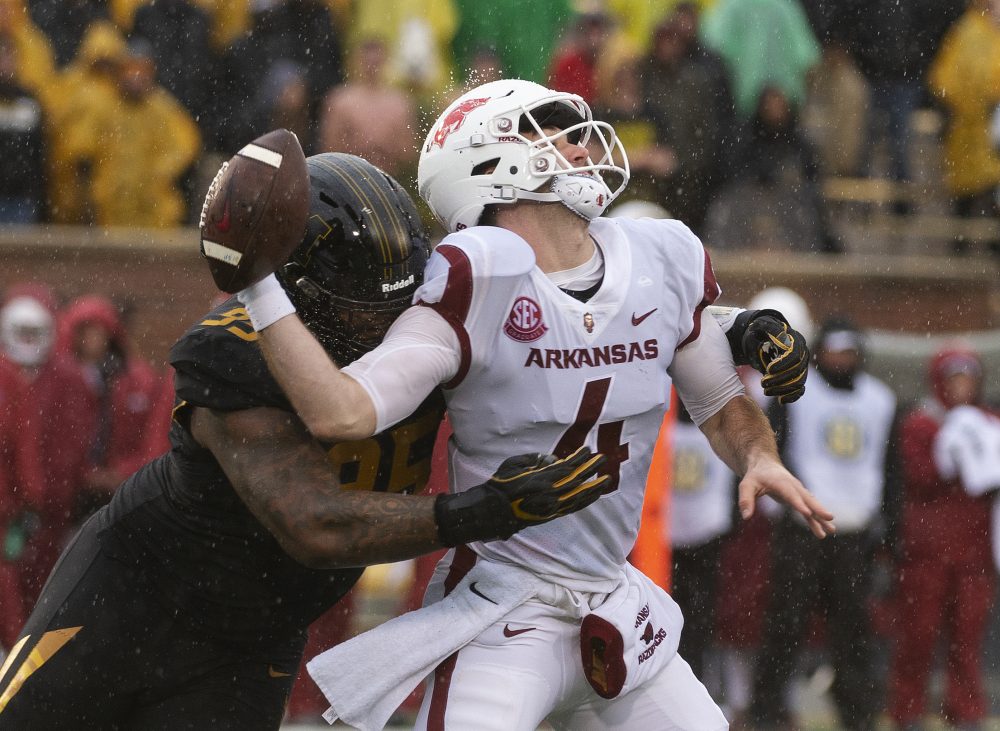 Defensive tackle Jordan Elliott had no idea where he wanted to play in college, committing to four schools before finally signing with Texas, then leaving after one year and heading to Missouri.

That wasn’t a problem when it came to the NFL.

“It was just something calling my name about the Browns,” Elliott said after being selected by Cleveland at No. 88 in the third round Friday night. “My family member (mother’s boyfriend) was having dreams about me going to play there. So, I don’t know, I feel like it was something that was meant to happen.”

Elliott was the ninth defensive tackle taken in the draft and continued the Browns’ streak of selecting Southeastern Conference players — Cleveland went 4-for-4 from the conference through the first three rounds.

While the Browns were consistent in showing how impressed they were with the SEC’s talent, Elliott was equally steady when talking about his predraft desire.

“I feel like going to the Browns, I can make a difference on their defensive line and contribute to their defense,” he said. “It was actually something that I was looking forward to. There’s no controlling the draft, but that was the team that I wanted to go to from the start.

“Honestly it was just a feeling that I had a long time ago, probably when I first left (Missouri) for the draft. (The dream) was real random. I don’t even talk about the process with anybody, so for him to have that dream it kind of let me know that’s where I needed to be.”

Browns general manager Andrew Berry knew of Elliott’s desire to play for his team, but said it wasn’t a major factor in choosing him.

“I got several texts over the course of the spring, specifically from Jordan’s agents, like, ‘Hey, man, this guy really wants to be in Cleveland, he really wants to be a Brown,’” Berry said. “And that is always sort of neat because you could tell with him it was coming from a very authentic place. When the opportunity came to pick him at what we thought was the appropriate point, it ends up being a really cool story.”

Elliott is the seventh Missouri player drafted by Cleveland and the first since the Browns selected tight end Martin Rucker in the fourth round of the 2008 draft. He has glowing marks on his scouting report and the Browns received favorable grades by online draft experts for the pick. The defensive lineman was asked to describe his skill set.

“I consider myself a playmaker that just disrupts the middle, a pocket pusher in the pass game and just a disciplined run stopper,” he said.

The scouting report also said Elliott battled maturity issues, a trait he acknowledged and believes he’s corrected over the past two years.

He said the multiple college commitments — he pledged allegiance to Baylor, Houston, Texas and Michigan before finally signing with the Longhorns — during his senior year in high school were a big indicator that he needed to grow up.

“That was part of that immaturity,” Elliott said. “That’s not me anymore. When you wake up in the morning you hope you aren’t the same person you were the day before. It’s all about growth, so that’s just my mindset. That was just a small piece of the puzzle.”

NFL Draft: Jedrick Wills eager to learn from Joe Thomas, who was quick to reach out and offer helping hand
NFL Draft: Safety Grant Delpit eager to put tackling problem, questions in past