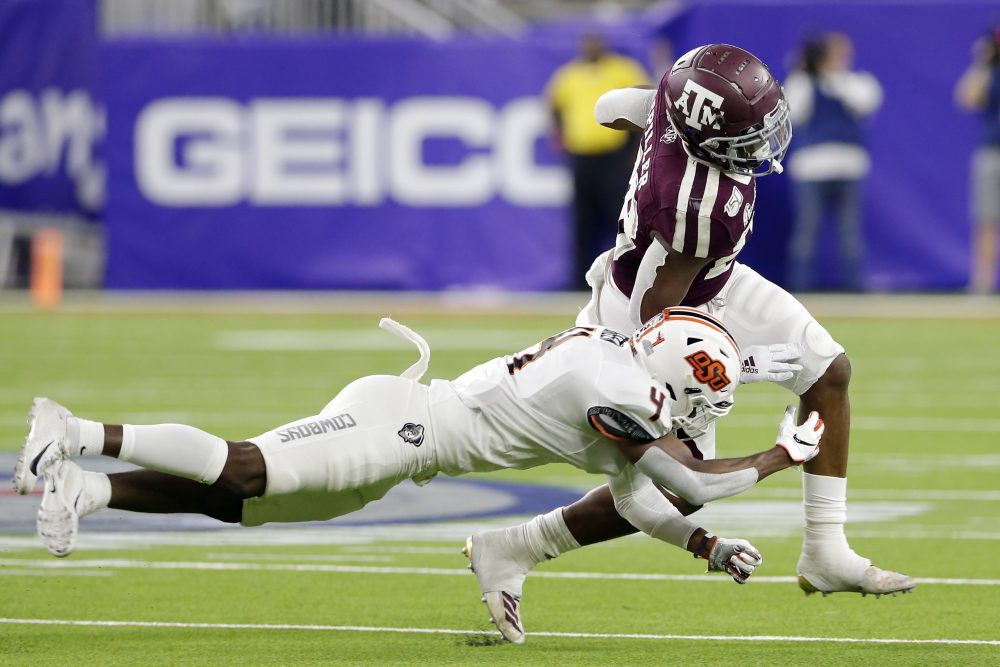 The Browns rounded out their rookie class Tuesday, announcing the signing of 15 undrafted free agents.

They will join the seven draft picks in the team’s virtual rookie minicamp Friday through Sunday. The rookies will then join the veterans Monday in the virtual offseason program that began April 20.

The undrafted rookies are split eight on offense and seven on defense, including four in the secondary.

Oklahoma State cornerback A.J. Green (6-foot-2, 198 pounds) had six interceptions, including one returned for a touchdown, in 40 games and as a senior was a semifinalist for the Jim Thorpe Award, given to the nation’s top defensive back. The Browns didn’t draft a cornerback.

Liberty’s Solomon Ajayi (6-0, 222) adds to a youth movement at linebacker. He had 165 tackles in 25 games, all starts, with two interceptions — one returned for a touchdown — two sacks, two fumble recoveries and two forced fumbles. His brother, Jay, a running back, was a fifth-round pick of the Dolphins in 2015 and also played for the Eagles.

Mailbag: Should Browns add a veteran linebacker? How impressive has GM Andrew Berry been so far? Can Bill Callahan turn right guard into a strength?

Princeton’s Kevin Davidson (6-4, 255) becomes the fourth quarterback on the roster behind starter Baker Mayfield, veteran No. 2 Case Keenum and Garrett Gilbert. Davidson set an Ivy League record as a senior with seven touchdown passes against Bucknell. He threw five against Brown, becoming the first Ivy League player with two games of at least five touchdown passes.

Receiver Ja’Marcus Bradley (6-0, 198) became the first player in Louisiana-Lafayette history with two straight 10-touchdown seasons. He had 60 catches for 906 yards and 10 touchdowns as a senior.

Running back Brian Herrien will be reunited with former Georgia backfield mate Nick Chubb. Herrien (5-11, 208) rushed for 1,413 yards and 13 touchdowns in 52 games for the Bulldogs, including 490 yards and six touchdowns on 103 carries as a senior.

Chubb was a second-round pick of the Browns in 2018 and finished second in the NFL in rushing last season with 1,494 yards.