Baker Mayfield eager to get back to Berea, excited about offseason moves, impressed with Kevin Stefanski 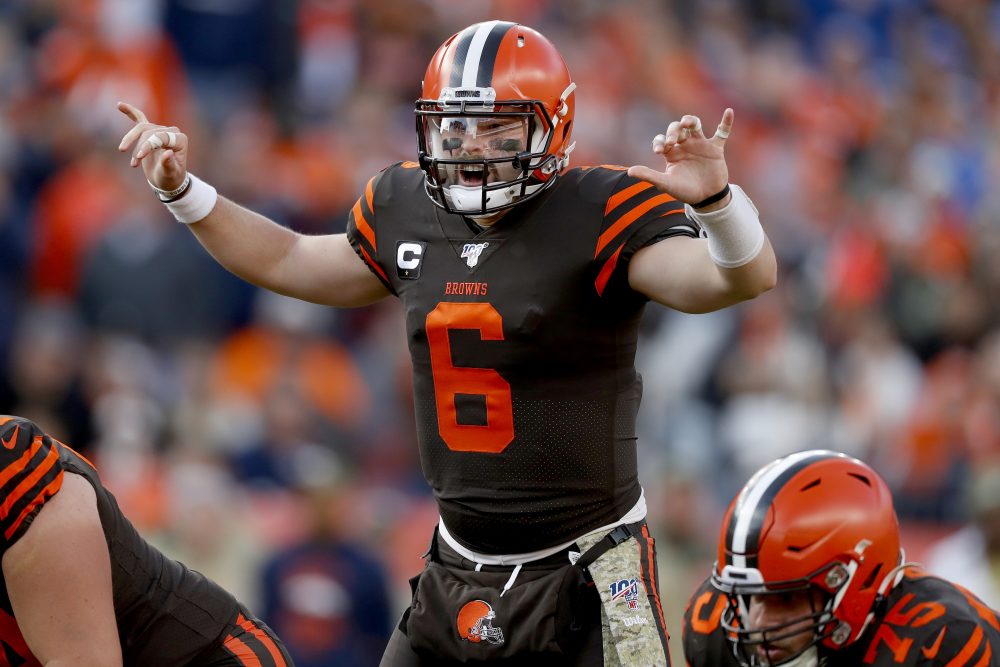 Baker Mayfield looked relaxed on the water in Texas but wishes he were back in Berea preparing for the season with his teammates. The return is on hold due to the coronavirus pandemic.

“I’m really excited. It’s kind of driving me crazy that we’re not able to get there and all be together,” he said Thursday on the Browns’ schedule release show. “It’s for the better of everyone, for their health and safety, But, yeah, I’ll … we’ll be really ready to get back to work. I know everybody else is. That’s just the mentality of the guys so far, you can tell.”

Mayfield is participating in the team’s virtual offseason program in which the coaches and players meet for two hours a day Monday through Thursday. It’s the latest step in what’s been a productive offseason for the new regime of general manager Andrew Berry and coach Kevin Stefanski.

“It’s been very exciting for me just all the moves they’re making, the guys they’re bringing in,” Mayfield said. “Obviously talented guys, but mentality-wise and with the mindset that they have, I think we’re putting the right pieces together. That’s why we’re trying to take advantage of this time right now, talking to these guys as much as I can, getting to know them because right now would be the first stages of getting everything out of the way, laying that foundation that we can. But we’re doing the best we can.”

Mayfield called the meetings “productive” and “efficient.” That’s a credit to Stefanski, whose first offseason as a head coach isn’t what he envisioned when he got the job in January.

“Every interaction I’ve had with Kevin has been great,” Mayfield said. “He is who he is and he’s climbed the ladder very quickly because he’s very well-respected and he’s an extremely sharp guy.

“He knows what he’s doing. He knows the exact approach that he wants to attack with and he just does that. He gets people to buy into that and believe that and that’s what we’re doing with our staff right now. It’s been great so far.”

Stefanski tweaked the virtual meetings after getting feedback, and believes the players are bored by the lockdown and engaged in the program.

“We’re constantly trying to do this thing to the best of our ability,” he said. “And would we love to be in person and be on the grass? We would. But that’s not the nature of what we’re doing right now. So whatever the rules are, let’s make sure that we do the best job within the rules.

“So we’ve tried to do some unique things. I can tell you our coaches are doing an outstanding job and using video and using certain apps that can test these guys. So we’re trying to be as creative as we can. So when training camp starts up, this is a nice part for us where we can teach these systems to our players and then get together and really take off.”

Mayfield, who’s looking to rebound after struggling in his second season, said he’s been forced to go back to basics as he trains at home. He’s done a lot of running outside and jumping rope.

“It’s been interesting for me, but that’s good for me to have to get back to the foundation of basic workouts and just these Zoom meetings, handling it one day at a time,” he said. “You can’t do too much. You can only attack the task at hand. That’s what everybody’s having to do during this pandemic, handle it one day at a time and don’t look up till it’s done.”

Mayfield said it’s “very important to start fast” with the season opening with a trip to Baltimore and a Thursday night game at home against the Bengals. He’s also interested in the back-to-back games in December in New Jersey against the Giants and Jets and a Week 4 trip to face the Cowboys.

“The Dallas game for me is going to be a great homecoming back to the great state of Texas,” the Austin native said.