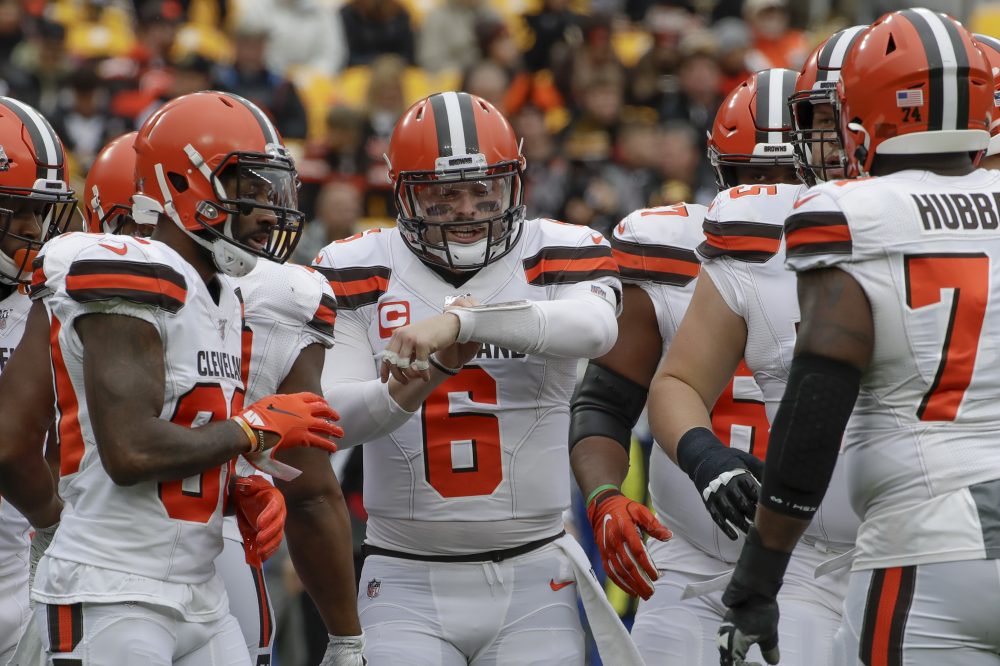 Baker Mayfield isn’t waiting until the Browns can huddle back in Berea to get to work with his teammates.

Mayfield is hosting a group of wide receivers and tight ends for workouts this week in Austin, Texas, a league source confirmed to The Chronicle-Telegram on Thursday.

NFL teams have been forced to hold their offseason programs virtually due to the coronavirus pandemic. The Browns have had two-hour Zoom meetings four days a week since April 20, but new coach Kevin Stefanski has yet to put the players through the paces on the field.

The NFL informed teams Wednesday that team facilities must remain closed through the end of May. A chance remains for a minicamp in June, but it seems more likely teams will practice for the first time in training camp, which is scheduled to start in late July.

Mayfield didn’t want to wait and is “fired up” to get back to work.

The players are doing on-field work and team building, according to the source, who added precautions are being taken in response to the virus.

Tight end David Njoku and receivers Rashard Higgins and Damion Ratley have posted videos or messages on social media showing them in Texas.

Receivers Odell Beckham Jr. and Jarvis Landry have been rehabbing from offseason surgeries at their homes, and it doesn’t appear they made the trip to Texas.

Mailbag: What’s the future of Mayfield’s contract? And much more

Mayfield has his third head coach and playbook in three seasons. He’s trying to rebound from a disappointing Year 2 in which he ranked 31st in the NFL with 21 interceptions, a 59.4 completion percentage and 78.8 passer rating.

“I’m really excited. It’s kind of driving me crazy that we’re not able to get there and all be together,” he said last week on the Browns’ schedule release show. “It’s for the better of everyone, for their health and safety, But, yeah, I’ll … we’ll be really ready to get back to work. I know everybody else is. That’s just the mentality of the guys so far, you can tell.”