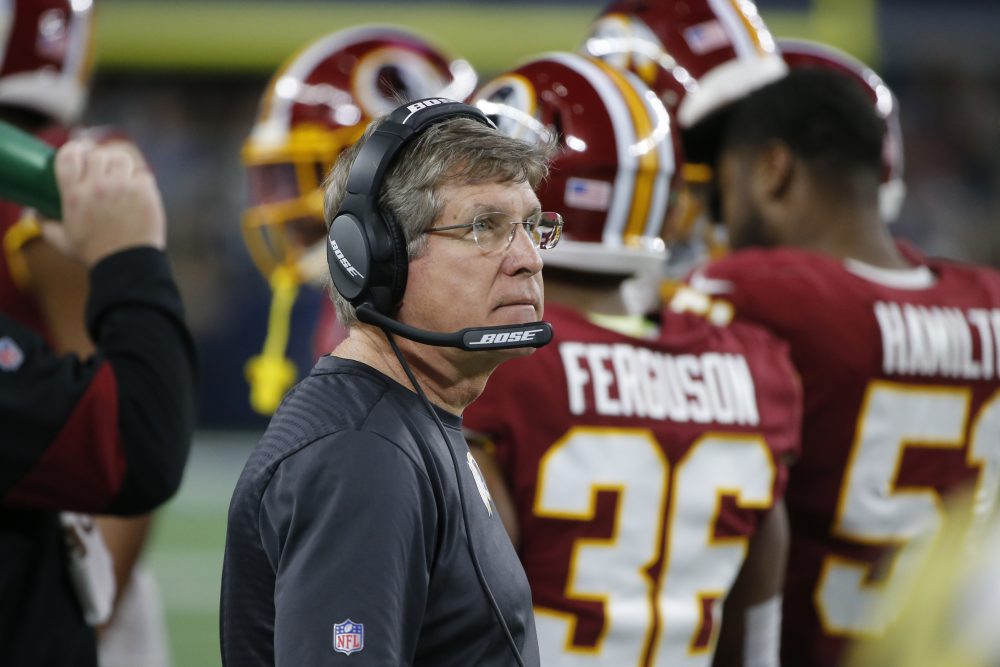 Kevin Stefanski hired Bill Callahan to coach the offensive line and help smooth his transition as a first-time head coach.

That was in January, before the world was turned on its head.

Stefanski and Callahan have been separated for almost two months after the coronavius pandemic shut down team facilities across the NFL, but Callahan’s admiration for his new boss has only grown.

“I think the world of Kevin and what he has done and accomplished in the very short period of time that we have been together,” Callahan said Thursday on a Zoom conference call. “That dynamic is interesting because he has been able to put together a staff, implement a system, coordinate everybody’s role and not only from the facility but from afar. His ability to communicate and connect is outstanding.

“The message that he gives the players on a daily and weekly basis is really no different than what it feels like if you were sitting in the team room and listening to him speak. He is very well thought out. He is well-measured. He gets it. He understands players. He has been around some of the best players in the league.”

The Browns began their virtual offseason program April 20, with Stefanski addressing the team for the first time. He would rather be gathered in Berea but is pleased with the progress being made as the coaches work to come up with creative ways to teach the players the new offensive and defensive systems.

“As a leader, I am so impressed with his ability to communicate his message and his mission to the team,” said Callahan, a 40-year coaching veteran who’s been a head coach in the NFL and college. “It has been well-received. I know it has by our group and the offensive line.

“Yeah, we are in a tough spot, which everybody is, but he has been extremely positive. That is the one thing I have to say is that he is upbeat, he is outgoing and he reaches out. He has a really good way about himself, really even-keeled, does not get too emotional and does not get too down. He just keeps forging forward. I have been impressed in every aspect. Yeah, I am really fortunate and really honored to be on his staff.”

Callahan is also a fit because he has loads of experience in the wide zone run scheme Stefanski’s installing.

“I have always been a proponent of the wide zone, so I feel right at home with it,” Callahan said.

Right guard is the one unsettled starting spot on the line after right tackle Jack Conklin was signed in free agency and Jedrick Wills was drafted No. 10 to play left tackle. Callahan isn’t worried.

“I am still getting familiarized with all the players,” he said. “We have not really set a depth chart, listed a starter. That is up for grabs. I really believe we have some excellent players in there in Wyatt Teller, Drew Forbes, Colby Gossett and Willie Wright.

“There are a lot of candidates. There will be a lot of time for competition. I think that will sort itself out as we move along. We are just going to keep assessing and evaluating the position as we move forward. There are enough candidates in there that I think someone will rise to the occasion and take over that spot.”

Teller started the final nine games of 2019, and Forbes was a sixth-round pick a year ago.

HAPPY TO HAVE HIM

Callahan didn’t mention Chris Hubbard as a possibility at right guard but is glad he took a pay cut to stay. Callahan evaluated him in free agency in 2018 before he signed a five-year, $36.5 million contract with the Browns. Hubbard’s deal was restructured in March after the Browns signed Conklin to take his starting spot and he will make $3.15 million in 2020.

“I really liked him. I thought he had the athleticism to come in and be a real benefit as a swing tackle at the time and he could help our line and eventually be the starter,” Callahan said of the 2018 evaluation. “I am just really anxious to get on the field with him and try to elevate his game and help him in any way I can.

“I think he is a really good football player. I know his heart is in it. He has swing ability and he could also play a jumbo tight end. He has a lot of value and a lot of upside.”

“You talk about a system fit, you could not get a more perfect tackle in free agency than Jack,” he said. “He fits the mode for the wide zone game and his pass protection sets, how he short sets and he jumps at the line of scrimmage, which is a tough skill to acquire. Then, of course, in third down and later downs, you can watch him set vertically and you can see his variance of sets. He has the toolbox and he has the skill set to do quite well.

“What I really like about Jack is he is a player that is really thirsty for new techniques and new ways of doing things.”

DO THE RIGHT THING

Callahan trusts the NFL will do what’s best as it decides when and how to return during the coronavirus pandemic.

** Callahan appreciated center JC Tretter contacting him right away for the contact information for Wills and fifth-round center Nick Harris.

“He wanted to reach out to our new draftees and extend himself and let them know that he was welcoming them then into the group,” Callahan said. “For a veteran player to do that is awesome. You do not find that too often. That is special.”